Accessibility links
Book Interview With Author Kristen Meinzer : Code Switch Are self-help books actually helpful? That's the question Kristen Meinzer sought to answer in her upcoming book, How to Be Fine: What We Learned From Living by the Rules Of 50 Self-Help Books. 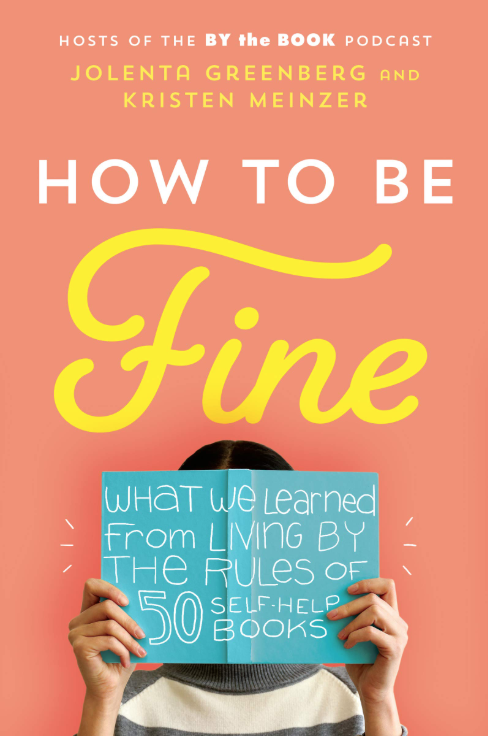 Cover of the upcoming book How to Be Fine. Courtesy of Kristen Meinzer hide caption

This week, the Code Switch team is sharing conversations with some of our favorite authors about the books we're starting the decade with. On Thursday, host and senior producer Shereen Marisol Meraji talked with Kristen Meinzer about her upcoming book written with Jolenta Greenberg, How to Be Fine: What We Learned From Living by the Rules of 50 Self-Help Books.

January is the month for self-help. You've heard the motto: new year, new you. Well, on the self-help tip, a hilarious and useful book came across my desk. It's called How to Be Fine, by Jolenta Greenberg and Kristen Meinzer. If their names sound familiar, it's because they co-host a popular podcast called By the Book. Greenberg and Meinzer lived by 50 self-help books so people like me (self-help lovers) don't have to.

How to Be Fine breaks down what worked for them, what didn't and what they wished more self-help books would talk about. (It's available for preorder now but won't be out in stores until March.)

Kristen, you're a self-help skeptic. And I'm like your co-author, Jolenta Greenberg, who is more of a self-help fangirl.

I love to meet smart people who love self-help books, because I think there is a perception out there that a lot of self-help lovers are just naive suckers and aren't smart. But the fact is, a lot of them are very, very smart — way smarter than me. You're smart. Jolenta's smart. There are a wide variety of people who read self-help books. I understand why they read them. And I think that's because our culture really emphasizes "optimization" and "be a better version of yourself." 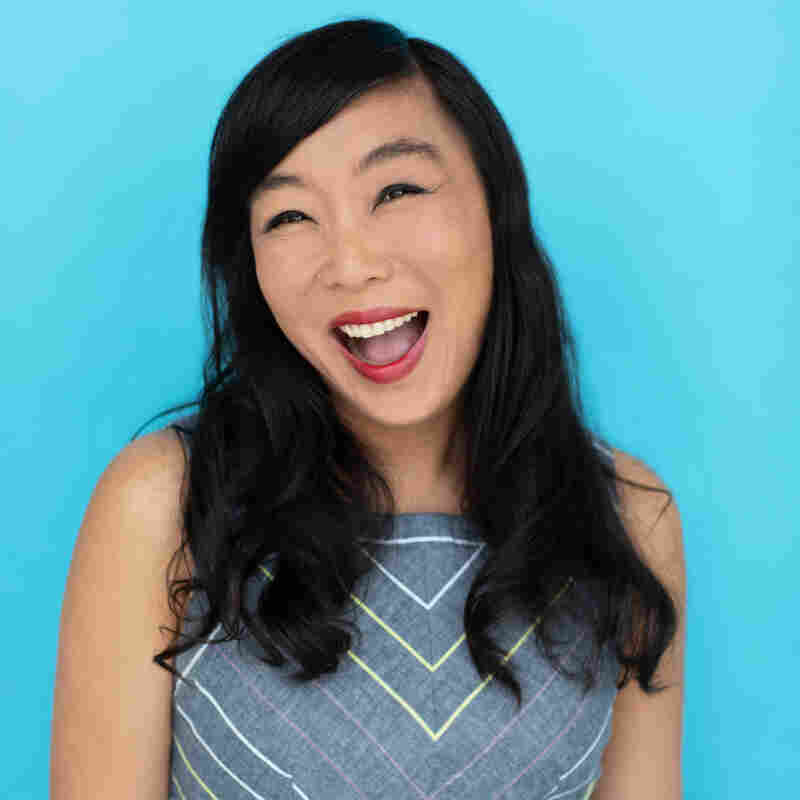 Kristen Meinzer, co-author of How to Be Fine. Lauren Eliot hide caption

I'm actually a little bit nervous to be going on the record about my love for them, because even though you're saying a lot of smart people like them, I'm still feeling judged.

I really want to be clear that as much as I'm skeptical about self-help books and as much as I dislike most of them, I don't look down on anyone who reads them.

In the afterward to How to Be Fine, you wrote that there's an assumed audience for these books. Who is that?

Four out of five people who buy self-help books are women, according to a study by Goodreads, and four out of five authors are men. So to a great extent, it's men, and primarily white men, telling women what to do to improve their lives.

As a woman of color who was reading these self-help books, did you feel like you were part of the audience these authors were speaking to?

Oh, frequently, not at all. I mean, the range of books that we've read has been quite varied. As you know, we've lived by an astrology book; we've lived by time management books; we've lived by books about sleep. In several of the books, the presumption is that the reader is white, to the extent where they start using words like, in one book the author refers to one character in the book as Hot Asian Girl. "So, HAG," and then he just starts using the abbreviation, and I'm like, "Excuse me? Nobody else in this entire book gets their race pointed out except the one person who is presumably not white in your entire universe that you've ever met?"

And that's happened in more than one book, where the authors use white as the default and only bring up race if they're like, "Yeah, and I once met this really smart black guy."

The astrology book we lived by at one point talks about how people born under this sign tend to have light eyes and light hair. And I thought, "How is that possible for the 60% of people on the planet who are Asian?" The only takeaway I could come away with from that is like, "Oh, this author doesn't think about anybody except white people."

Was there a point while you were living by these self-help books where you thought, "I do not want to waste any more of my life doing this?"

Where do I start? There was a point where we were only a few books in and I thought, "I might have to quit. I just don't know if I can do this anymore — this is so exhausting." During The Life-Changing Magic of Tidying Up, I was spending, outside of my day job, 80 hours a week, at least, touching items to see if they sparked joy. 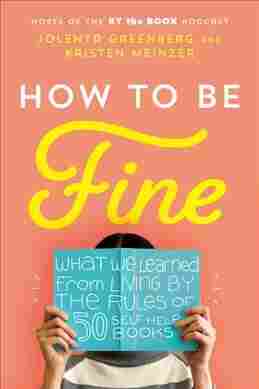 How to Be Fine

by Jolenta Greenberg and Kristen Meinzer

And then there was another book that we lived by called French Women Don't Get Fat, which was a huge bestseller back in its day. It's supposed to be almost like intuitive eating, like the joy of eating. "We're not trying to restrict you — just, you know, be reasonable about how much you eat." But the whole book starts off with what they call the "tough weekend." And we weren't allowed to eat anything except the water that came off of boiled leeks during the first 48 hours. It caused me to go into a tailspin. I have a history of disordered eating. It took me weeks, if not months, to get over the experience of it afterward, getting up in the middle of the night and looking at my body in the mirror and then weighing myself and obsessing over things.

So those are just two examples. But there've been multiple books where I just think, "This is a whole load of malarkey."

Do you have a number one book that you absolutely abhorred?

Oh my gosh. I've hated so many of them. It's hard to pick just one. Men Are From Mars, Women Are From Venus was pretty terrible. That one is essentially like, "Hey, believe in antiquated gender roles. Women, keep your mouth shut — you talk too much. Men, pretend you're listening sometimes. Women, never criticize your man — he might cheat on you because you're asking for him to cheat on you if you don't praise him all the time."

What do you still do that you took away from one of these books, if anything?

I absolutely loved a book called A Simple Act of Gratitude. In that book, we were encouraged every single day to write a letter of thanks and to look at the world through the eyes of gratitude. When people asked how we were doing, to not b**** about how bad the subway was, but to say something we were thankful for. And to reach out to people, whether they were our doctors or people who had done us wrong, and thank them for whatever good things they've done for us.

During that book, I had some really bad things happen. My company shut down. I lost my job. I needed to have surgery. So I wrote a letter of thanks to my surgeon. I wrote a letter of thanks to my boss who fired me. And every day I just tried to focus on the fact that I was so lucky, because no matter how bad life seemed at the time, I had people around me who loved me and who were trying to help me.

What's the one thing you wish more self-help books would talk about?

There are so many things that I think self-help books should talk about more. But the granddaddy of them all is, It's OK to just go to therapy. You know, a lot of these books seem to be wanting to solve all of your problems in one book. But getting better over something that hurts or reaching a place of peace over something that doesn't feel peaceful is a process. And it's OK if a book alone doesn't do that for you. I think maybe some of the authors are afraid that if they talk about therapy, that the person will throw the book away and say, "Well, I don't need this book — I'm going to go to a therapist!" You know, you can do both. You can read self-help books and you can go to therapists.