Accessibility links
B. Smith, Restaurateur And Lifestyle Icon, Dies At 70 Of Early Onset Alzheimer's : Code Switch Born Barbara Elaine Smith, she began her career as a model and went on to gain fame and influence as a restaurateur, celebrity chef, lifestyle doyenne and entertainer. 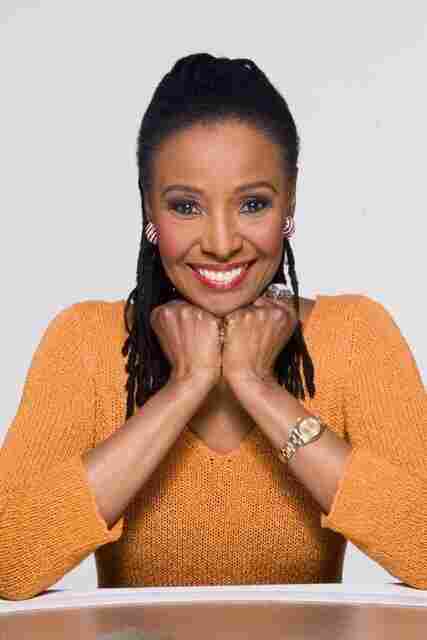 The world is less generous and less welcoming because B. Smith, former model, entertainer and lifestyle doyenne, has left it.

At age 70, Smith succumbed to early onset Alzheimer's, which she had been battling for years. She died Saturday at her Long Island home with family nearby.

Plenty of media have described Smith as the "black Martha Stewart." And superficially, one could see why: Both women had been models (Smith appeared on the covers of several fashion magazines, the first brown-skinned black model to be featured on Mademoiselle's cover in the 1970s). Both had a genius for cooking and entertaining. Both eventually built an empire based on their skills (food, decorating, entertaining, home keeping). And when people (mostly white people) called Smith the black Martha, they meant it as a compliment.

Smith saw it as well-intended but shortsighted.

"Martha Stewart has presented herself doing the things domestics and African Americans have done for years," Smith told New York magazine in a 1997 interview. "We were always expected to redo the chairs and use everything in the garden. This is the legacy that I was left. Martha just got there first."

True, but Smith made up for that by diving into everything she did with passion.

Born to a steelworker father and a mother who was a part-time housekeeper, Barbara Elaine Smith left her Western Pennsylvania hometown of Scottsdale for a modeling career right after high school.

Barbara became B. as her modeling career took off.

She married her second husband, Dan Gasby, in 1992, and together they created an empire that encompassed bestselling cookbooks, the weekly show and a lifestyle magazine that was briefly published by American Express. Eventually there were also housewares, bed linens and even an At Home with B. Smith furniture line.

Smith opened her first eponymous restaurant in Manhattan's theater district in 1986. Two more B. Smith restaurants followed: one near her weekend home on Long Island and the other in the historic Union Station complex in Washington, D.C.

Smith had been showing signs of forgetfulness for a while. In 2013, after she lost her train of thought while she was doing a cooking demonstration on NBC's Today, she sought a doctor's opinion.

The devastating verdict: tests indicated she was in the beginning stages of early onset Alzheimer's disease. She and Gasby went public with the news in 2014. Smith put on a brave face and told the public she intended to live and enjoy life until she couldn't.

The B. Smith who appeared in a public service announcement the following year was a woman whose wattage had dimmed considerably. Her disease was progressing swiftly. Her famously radiant smile flashed less frequently. Her sparkling eyes looked vacant, she forgot things easily and she once got lost in Manhattan for several hours.

Despite that, she and Gasby did several interviews to educate the public and destigmatize Alzheimer's. They also wrote a book, Before I Forget, about dealing with the disease. They were determined to try to make a difference, as Alzheimer's is known to be more prevalent in women and African Americans.

The interviews tapered off, though, as Smith's condition continued to deteriorate. She lived quietly with Gasby in their weekend home on Long Island Sound. But someone else was living with them, and, seeking to control the narrative, Gasby confirmed the rumors: He had a girlfriend, Alex Lerner, and together they were caring for Smith.

Last year, on Today, Gasby explained to friend Al Roker how painful it was to watch Smith fade. You meet and fall in love with someone, he explained, "(and they are) the perfect person for you, and you watch them slowly dissolve, and you go down with them ..."

Some people understood and sympathized. Others, like The View's Sunny Hostin (who had helped care for a grandmother with Alzheimer's) were appalled.

"I find it very disrespectful that he is with his wife and disrespecting her by being with his girlfriend in their home," an emotional Hostin told her co-hosts.

Gasby has heard his critics, and it bothers him, but he feels strongly that his life counts, too.

"I believe in the sanctity of marriage," he told The Washington Post last year, but not in till death do you part. If the person you love, he said, is no longer mentally or emotionally present, he doesn't believe "that you should sit there and watch your life shrivel up ..." (He visited The View to face Hostin and explain his side of the story.)

It's a hard call that more and more Americans are going to have to make, as more of us are diagnosed with Alzheimer's. Last year, the Alzheimer's Association estimated 5.8 million people have the disease; 200,000 of those have early onset. As our population continues to age, the numbers continue to climb, and more caregivers will have to ask themselves: How do you honor the life of your loved one while managing to preserve your own?