Accessibility links
'Boogaloo': From Music Genre to Extremist Code Word : Code Switch Long known as a fusion of Latin and soul sounds, boogaloo has been co-opted by right wing extremists as code for civil war. But fans of the music won't let the boogaloo die. 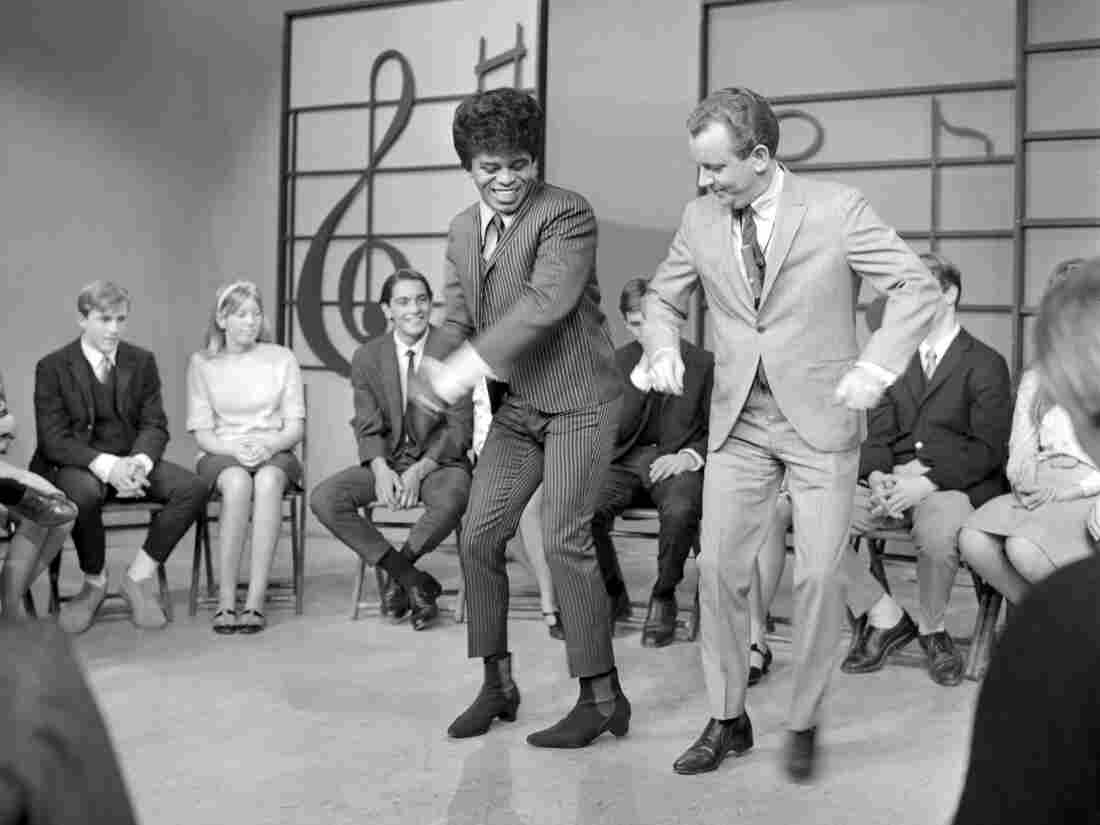 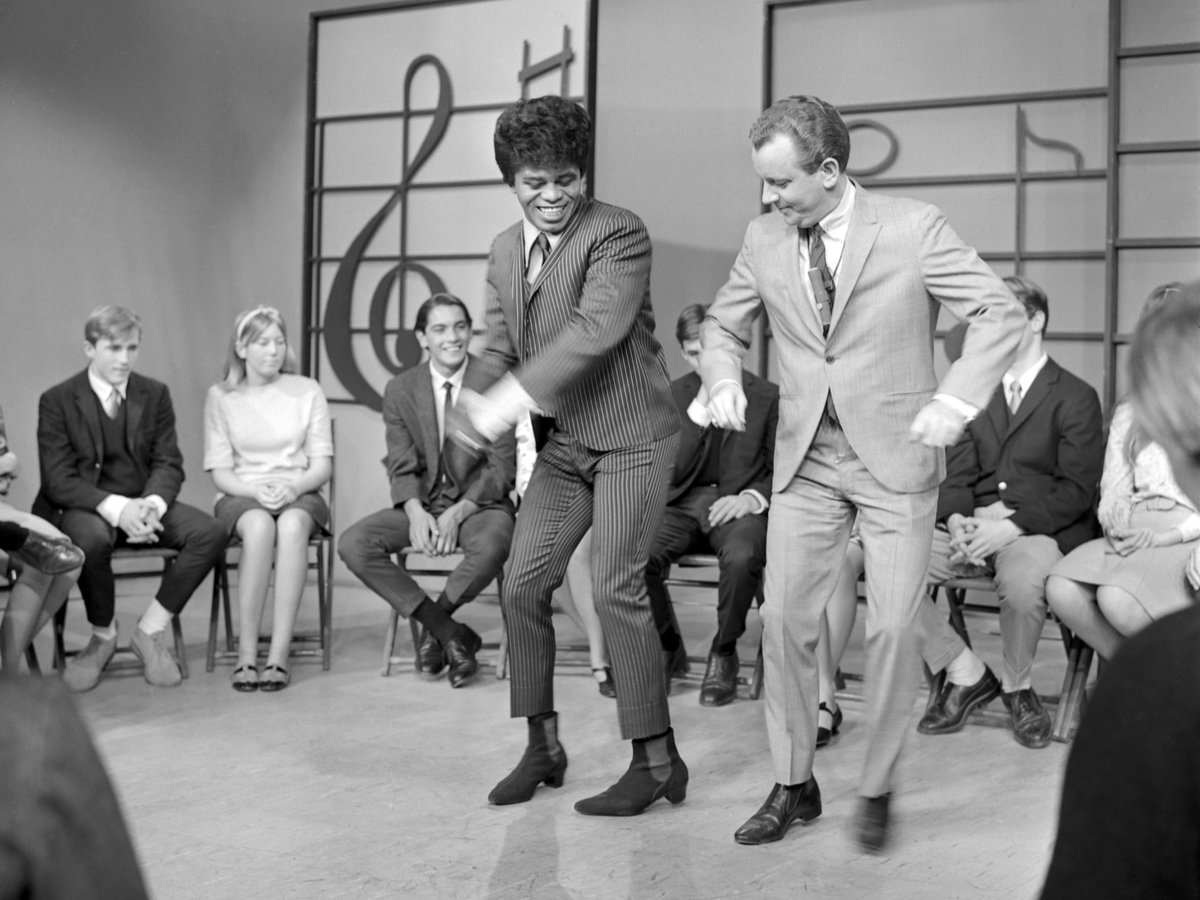 In pockets of far-right and anarchist groups, there's a word often bandied about: "boogaloo." In January, NPR first reported that fringe movements including right wing militias and "patriot groups" had begun using the word "boogaloo" on social media as a thinly veiled code for a race-based or civil war. Such discussions – which often exist in the form of memes and anonymous posts on 4Chan, Reddit and Facebook groups – are critical of the government, encourage violence and armed resistance, and often employ racist and xenophobic language.

'Boogaloo' Is The New Far-Right Slang For Civil War

Although finding the majority of right-wing boogaloo content requires combing through message boards or gaining access to protected Discord servers, boogaloo proponents have stepped out of the shadows. One such "Boogaloo Boy" from Texas was arrested in April after threatening to murder police officers on Facebook Live; he had previously shared memes from boogaloo Facebook groups.

The coronavirus has accelerated extremists' calls for "boogaloo," according to the New York Times, and its mandatory lockdowns are used as evidence of an increasingly totalitarian state. An April report from the Tech Transparency Project found that newly created boogaloo groups on social media have capitalized on pandemic-related discontent, drawing tens of thousands of members during quarantine alone.

As the far right makes headlines with its perversion of boogaloo, there's renewed opportunity to learn about the word's real history. Boogaloo is not a culture war, but rather a cultural bridge that's experiencing a resurgence. And the word's racist cooptation by the far-right has a strange irony: boogaloo was developed by and for black and brown communities.

Sometimes stylized as bugalu, boogaloo is both a dance and musical genre. It's most popularly a mixture of Latin styles, such as mambo, cha cha and pachanga, with doo-wop and soul. And it's upbeat and easy to dance to — a freeform dance where bodies jerk in time to the music. Elbows and arms are thrown to the sides or over the shoulders, and dancers are free to add as much fancy footwork as they can.

The word boogaloo has been attributed to several sources across the U.S. In the 1950s, L.A-based musician and songwriter Kent Harris performed songs as Boogaloo and His Gallant Crew. Then came Tom and Jerrio's 1965 soul-twist hit "Boo-ga-loo" in the 1960s; the Chicago duo allegedly credited the word to a dance local teens had brought to the Midwest from Spanish Harlem.

Yet some scholars argue that boogaloo's origins can be traced to Bogalusa, La., where the Deacons for Defense and Justice confronted the Klu Klux Klan in the mid-'60s and potentially inspired James Brown, who toured the South on the Chitlin Circuit and could have named a dance and his 1966 single after the city (though one archival video shows Brown dancing the boogaloo as early as 1963).

American audiences had long been enthralled with novelty and fad dances like the mashed potato and the twist, which they saw on programs like American Bandstand, Shindig and, later, Soul Train. If the extremely popular James Brown appeared on a program dancing in a new style, those moves would become part of public discourse — including the boogaloo. Funk and soul artists employed the boogaloo for decades, including Brown and The Fantastic Johnny C, whose "Boogaloo Down Broadway" cracked the Billboard top 10 in 1967.

To those unfamiliar with the music genre, though, "boogaloo" might more easily call to mind a movie that's only tangentially related to the dance: Breakin' 2: Electric Boogaloo. The 1984 flop-turned-cult classic about breakdancing reportedly got its subtitle from the stage name of one of its stars: Michael "Boogaloo Shrimp" Chambers. While the film is now remembered fondly, the phrase "Electric Boogaloo" has been used for over a decade as shorthand for an unnecessary sequel. "You see this all the way back to the second Bush reelection, [for example], George Bush 2: Electric Boogaloo," says James Stone Lunde, a graduate researcher at UC Berkeley's history department who is preparing a paper on right wing internet culture.

Turbo (Michael Chambers) dances on the ceiling in a scene from 'Breakin' 2.'

It's this movie that turned "boogaloo" into a meme — and, with time, caught on with extremists who may have been nostalgic for the "white America" of the '80s. After all, the word sounds funny and alliterative, making it easy to stick in the brain and proliferate in an increasingly self-referential internet culture, Lunde posits.

Even in the '60s, the aural appeal of the word "boogaloo" caught the attention of a performer who would become one of its living legends: Joe Bataan, an Afro-Filipino singer and bandleader. "I thought it was a fun term, like the watusi or any other dance," Bataan says.

He jumped headfirst into New York's boogaloo scene, which was in full swing in the city's Latino communities by 1967. Musicians such as Ricardo Ray, Joe Cuba and Johnny Colón were the young Afro-Latinos who canonized the genre; they set boogaloo's sonic standard as uptempo, infectious and somewhat amateur. It was a sound created by the youth, for the youth. These teenaged musicians – many of whom grew up in El Barrio, or Spanish Harlem, with black and Latinx friends – refused to follow the Latin music tradition of first working under established bandleaders, and cemented boogaloo as an inherently political genre for its nonconformist values and commitment to the multiethnic fusion of soul and traditional Latin sounds.

The Latin boogaloo scene partially developed on stage as young bands — sometimes playing four times a night to an audience attempting to look of age — learned how to dance, dress and proficiently play their instruments to a crowd. They rehearsed in apartment basements and churches, and performed for little pay at community centers and some of the city's larger clubs during a time when more mainstream, "adult" Latin music was in decline.

Whether the boogaloo was systematically annihilated by record labels, as some boogaloo veterans argue it was, or taste simply evolved to favor salsa, boogaloo disappeared from turntables by the 1970s. Yet the music, and the free form dancing that goes with it, have experienced resurgence alongside the trickle of less-salient extremist talk. Bands such as Sharon Jones and The Dap-Kings, New York's Spanglish Fly and L.A-based Boogaloo Assassins are among a new generation of appreciators who, alongside DJs and collectors, continue to make boogaloo a relevant, positive message for fans of Latin music, funk and soul.

So for his part, boogaloo legend Joe Bataan isn't paying the extremists' use of boogaloo much mind. "If people are using that term in a derogatory manner, it's because of ignorance," he says.

James Stone Lunde isn't too worried either. "Even people who are arming themselves for resistance against whatever will have stopped using that word and have moved onto another one in 15 years' time," he says. "Boogaloo has been around for 60 years. Internet memes don't last as long."