Accessibility links
A New Ice Cream Truck Song To Replace 'Turkey In The Straw' : Code Switch Good Humor ice cream asked the Wu-Tang Clan's RZA to come up with a new jingle to replace "Turkey in the Straw," a ubiquitous ice-cream truck song with a racist past. 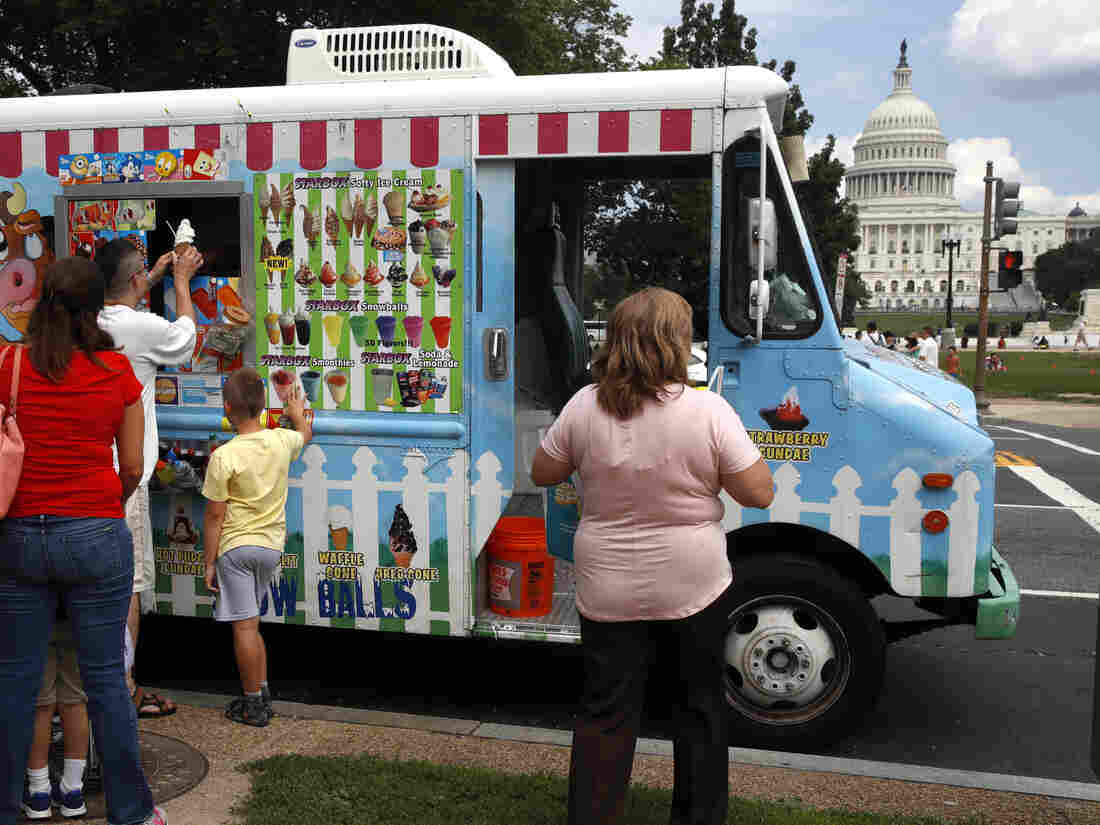 With the U.S. Capitol as a backdrop, tourists wait in line to get ice cream from a food truck on the National Mall in Washington. Jacquelyn Martin/AP hide caption 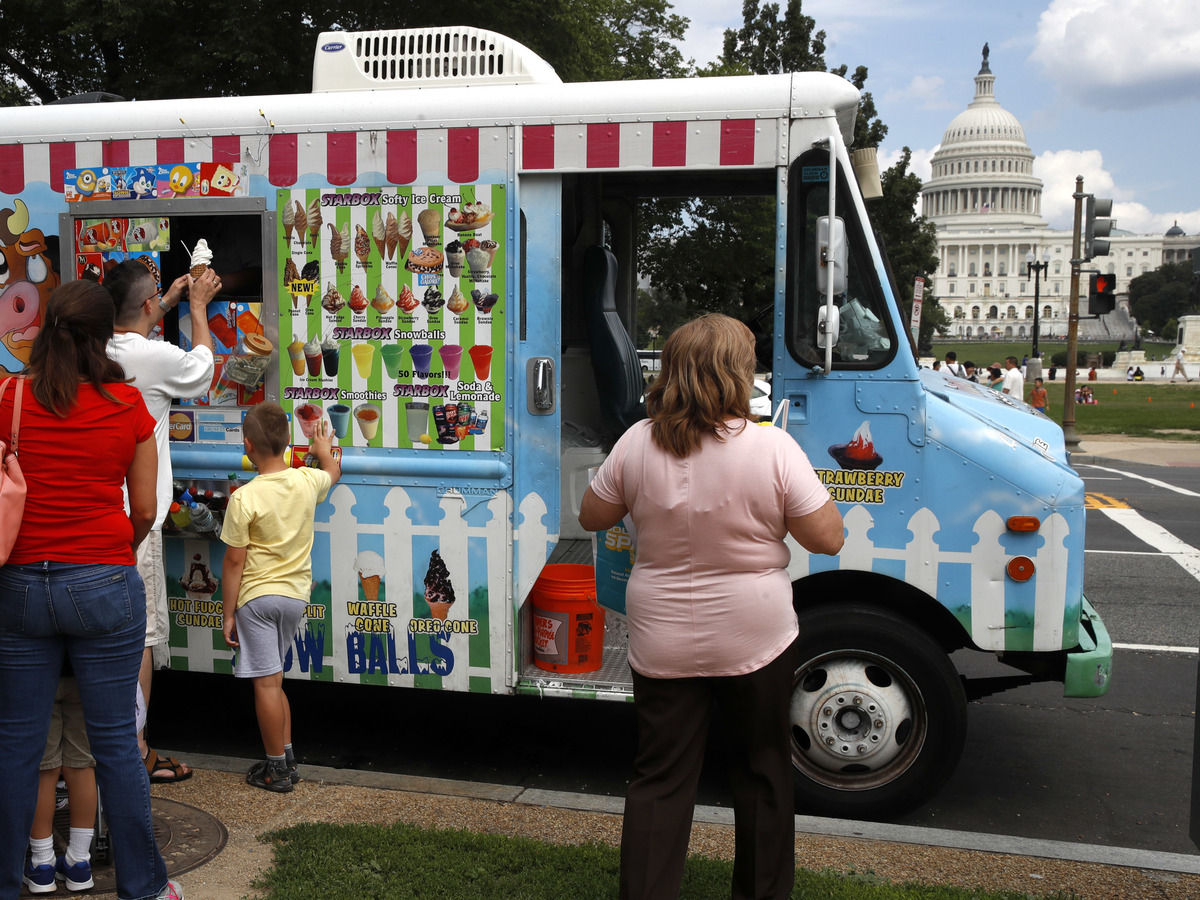 With the U.S. Capitol as a backdrop, tourists wait in line to get ice cream from a food truck on the National Mall in Washington.

Back in June, Good Humor ice cream's Instagram account made an unusual departure from the normal items about new frozen treats. Instead, viewers saw a post about the racist history of popular ice cream truck jingles. Notably, "Turkey in the Straw," a melody that — despite a long, racist past — has piped through the speakers of ice cream trucks and into American neighborhoods for decades.

And, Good Humor said, it wanted to do something about it.

That "something" has taken the form of a collaboration between Good Humor and Wu-Tang Clan's singer, musician and producer RZA to create a new jingle. The brand, owned by Unilever, made the announcement on Thursday that it's helping drivers learn about the racist roots of "Turkey in the Straw" and how to replace the music box in the truck that plays it.

Good Humor hasn't actually operated any trucks since 1976, explains Russell Lilly, a senior director at the company, but wanted to be "part of the solution."

Code Switch dove into the song's racist history in a blog post by Theodore R. Johnson III back in 2014. As he explained, "Turkey in the Straw" is a 19th century folk song that riffs on an Irish fiddle song, "The (Old) Rose Tree." Depending on the version you listen to, the lyrics change a little bit every time, but are generally nonsensical.

But it wasn't until the advent of traveling minstrel shows that the melody really lodged itself into American pop culture — and the tune acquired racist lyrics. In the 1830s, the minstrel performer George Washington Dixon popularized a song called "Zip C**n," set to the familiar tune and referencing a blackface character who, as Johnson wrote, was "the city-slicker counterpart to the dimwitted, rural blackface character whose name became infamous in 20th century America: Jim Crow."

And as those lyrics make clear, it's a cruel caricature of a free Black man trying to join white society by "dressing in fine clothes and using big words," Johnson wrote. (We won't write out the exact lyrics; you can find them for yourself here.)

In 1916, Columbia Records released an even more racist version, called "N*gger Love A Watermelon Ha! Ha! Ha!," written by vaudeville actor Harry C. Browne. You can listen to it here, if you must, but be warned — it uses the n-word a lot.)

The "Zip C**n" version, as Johnson detailed in a follow-up piece, became a popular song in ice cream parlors in the 1890s. And as ice cream trucks became ubiquitous following World War II, the jingle followed along.

RZA's new jingle is a marked departure from the 19th-century fiddle song. There are no lyrics — instead, bells chime over trap-esque drum beats. Good Humor says it's available to drivers starting this month, so stay tuned: Your next ice cream sandwich might be accompanied by some unexpected RZA beats.