Accessibility links
Clinton Melton: A Mississippi Man Who Was Killed Mere Months After Emmett Till : Code Switch The murder of Emmett Till 65 years ago this week became a catalyst for the civil rights movement. Radio Diaries tells a lesser-known story of a Black man killed in a nearby town three months later. 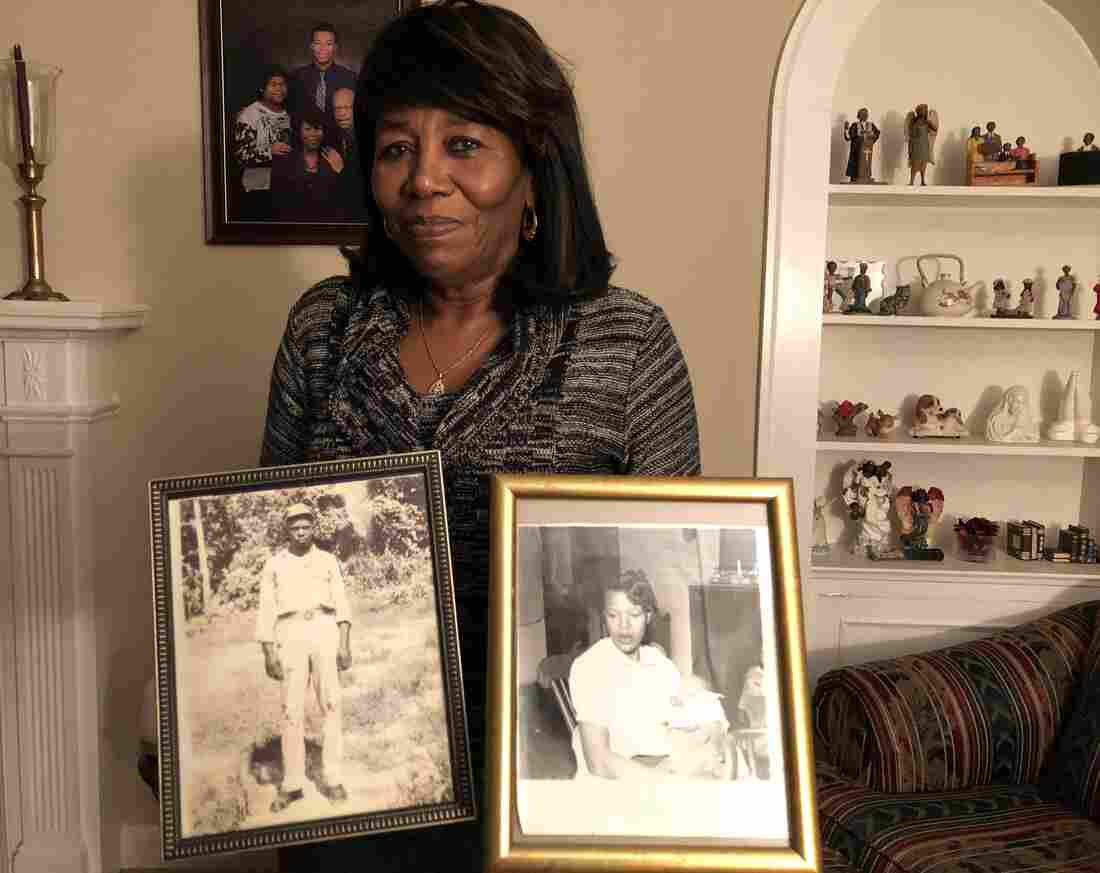 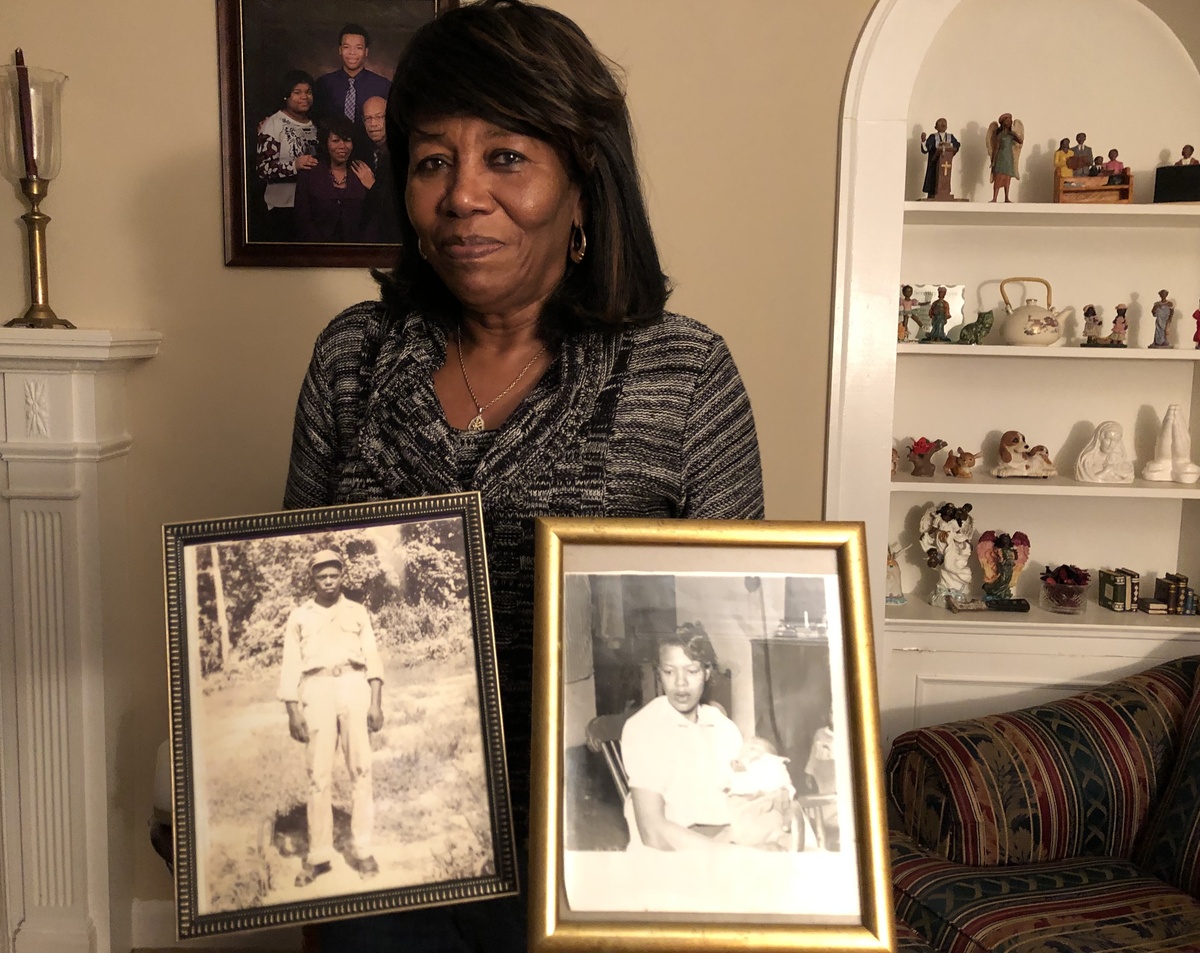 Deloris Melton Gresham in her home in Drew, Miss., holding photographs of her parents Clinton and Beulah Melton.

August 28 marks 65 years since the murder of 14- year-old Emmett Till, the crime that served as a catalyst for the Civil Rights Movement. But Till's death was not the first racially motivated killing in Mississippi that year, and it wouldn't be the last.

In the summer of 1955, Clinton and Beulah Melton lived in Glendora, Miss. — 20 miles from where Till was murdered in Money, Miss. Clinton pumped gas and fixed flats at the local gas station, while Beulah stayed home with their four children. Deloris Melton Gresham was the oldest, just five at the time. "Growing up, it was always a happy home," she recalls. 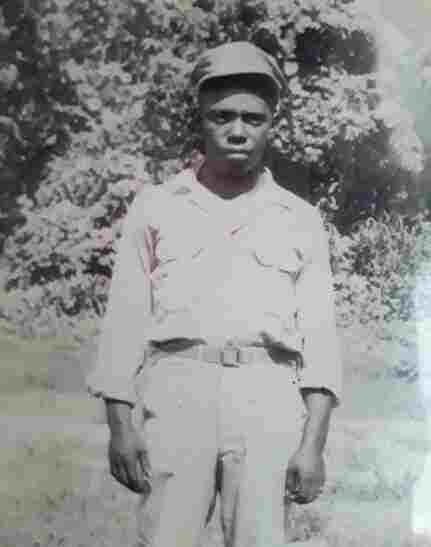 Clinton Melton, a gas station attendant who was shot and killed on December 3, 1955 in Glendora, Mississippi. Courtesy of Deloris Melton Gresham hide caption

Glendora was a small, former plantation town. Deloris's cousin, Dorsey White, remembers the constant fear Black people felt living there. "We didn't have any protection where the law was concerned," he says. "Any white person could start trouble and no one would interfere. I guess you felt like a rabbit in a forest; you didn't have nobody to run to."

The murder of Emmett Till deeply affected the people of Glendora. The teenager from Chicago had been visiting family in Money, when he was kidnapped, brutally beaten and killed, after allegedly flirting with a white woman. His body was found in the Tallahatchie River.

Deloris remembers kids at school talking about Till. "I remember being afraid to go to sleep at night," she recalls, "cause I was thinking some white people might come in and do the same thing to my brothers."

Emmett Till's mother spoke publicly about her son's murder and insisted on an open casket at the funeral. Disturbing photographs of Emmett Till's beaten face were published and the story made international headlines. Roy Bryant and J.W. Milam, both white men, were identified by witnesses as the kidnappers. Bryant and Milam stood trial for Till's murder and were acquitted by an all-white jury at the Sumner County Courthouse. Protected from further prosecution, Bryant and Milam later confessed to the crime for an article in Look Magazine.

The acquittal of the Till murderers validated a long-standing belief in America that violence against Black Americans would never be punished — that whites could and would commit these crimes, without consequence.

'Why Don't Y'all Let That Die?' Telling The Emmett Till Story In Mississippi

That was proved again just three months later, when on Dec. 3, 1955, Clinton Melton was shot and killed at the gas station where he worked.

That afternoon, a car pulled up to the fuel pump at a Glendora Service Station. The driver was Elmer Otis Kimball, a close friend of J.W. Milam, who had accompanied him when abducting Emmett Till, according to a recent FBI investigation.

At the station, Kimball accused Melton of pumping more gas than he'd asked for. According to witnesses, Kimball was in a rage. He threatened Melton and shouted, "Don't be here when I get back" before driving off. The white station owner told Melton to go home, but before he could, Kimball returned with a shotgun. He shot Melton once in the hand and once in the head.

Deloris remembers getting the news her father had been killed. She was in bed when her mother came in crying, hugging each child and saying, "Your dad won't be coming back home."

Beulah gave an interview a few weeks later, to a television camera crew, mourning the loss of her husband. It was right before Christmas and she didn't know how she was going to support four young kids. She also met with Medgar Evers of the NAACP, who hoped to use the case to fuel the fight for civil rights across the country, as they had done with the story of Emmett Till. But Beulah was concerned for her family's safety and asked the NAACP to keep its distance. 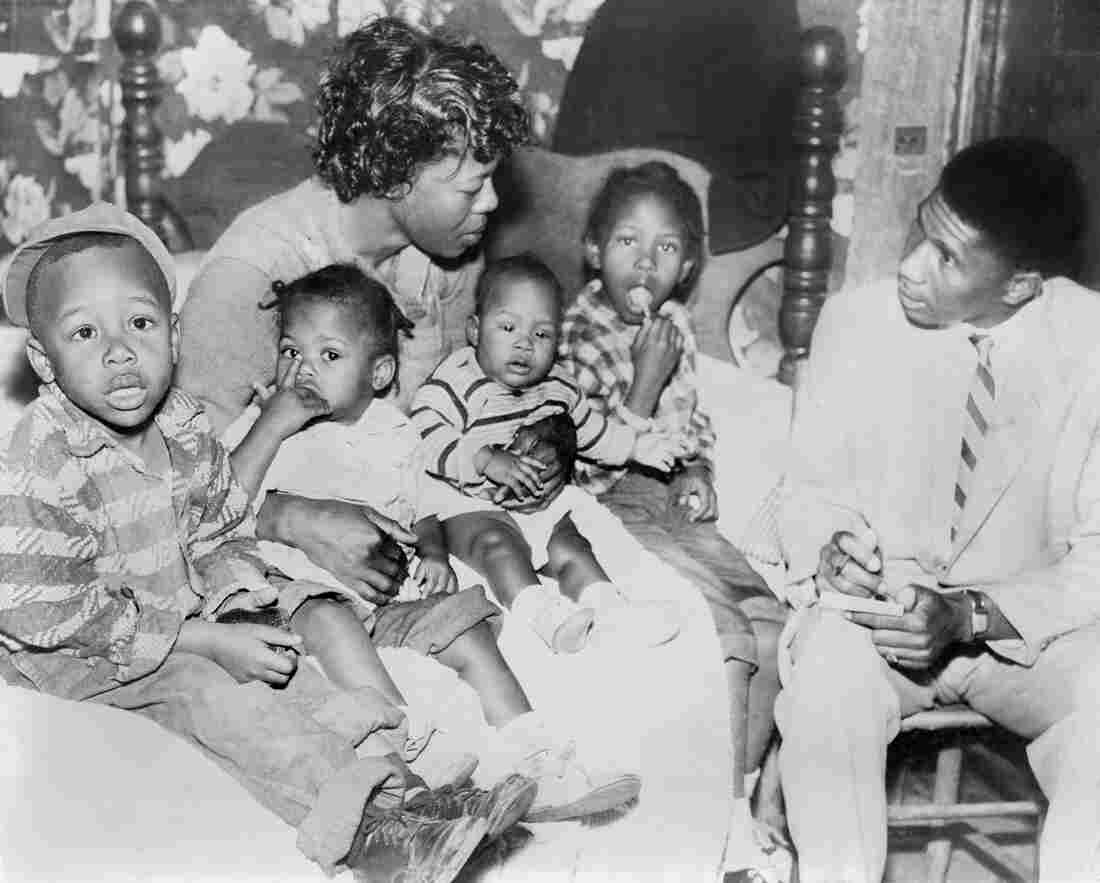 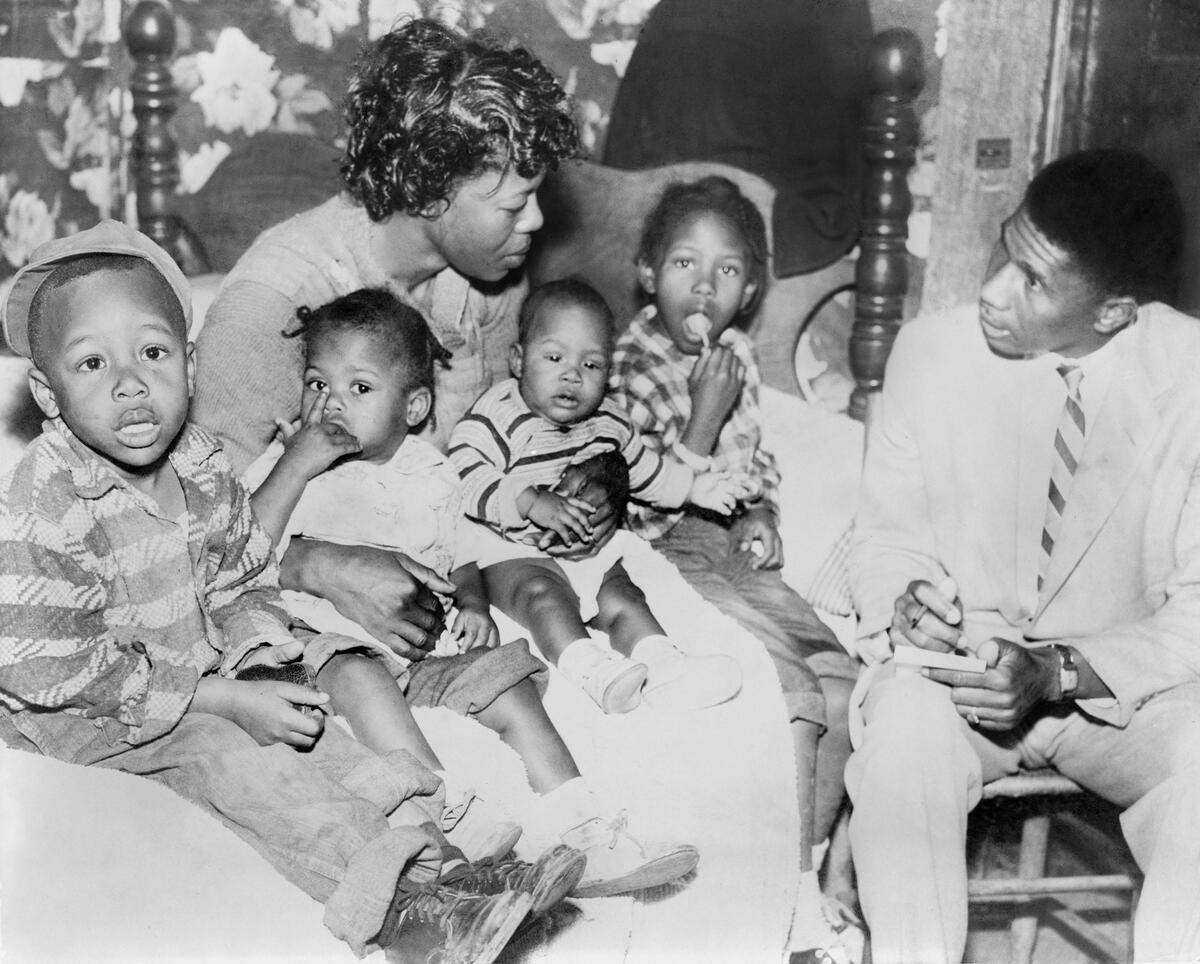 Elmer Otis Kimball was later identified by witnesses as the man who killed Melton and the trial was set for March 1956. But just days before the court date, Beulah Melton was driving home when her car went off the road and crashed into the Black Bayou River. Five-year-old Deloris and her 3-year-old brother, Clinton Jr. were in the back seat. Deloris remembers being in the car upside down as water started flooding in. She called out for her mother, but heard no response, while helping her brother stay above water as she tried to find the door handle. "We didn't know how to swim. I was scared we were going to drown." she recalls.

Deloris's uncle and another bystander saw the crash and rushed to rescue the two children from the backseat. Deloris remembers seeing them pull her mother's limp body from the car. She died in the crash. 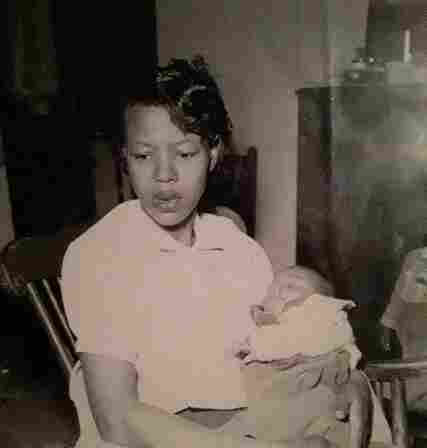 Beulah's death came just four days before Kimball was to testify in her husband's murder trial. Because of the suspicious timing, some people in town assumed she was forced off the road; others think she took a wrong turn or lost control. But nobody knows for sure.

The Clinton Melton trial moved forward. It was held at the same courthouse as the Emmett Till case, the same sheriff was in charge, and Kimball had the same defense attorneys as his friends Milam and Bryant. Two witnesses identified Kimball as the killer. He claimed self defense, saying that Melton had fired first, but neither witness — including the white owner of the station — said they saw or heard Melton fire. No weapon was found on Melton's body or in the car. After deliberating for four hours, an all-white jury found Kimball not guilty.

Deloris is still mystified at how the jury could have acquitted him after hearing the evidence and the testimony of two eyewitnesses. "At that time, they used to say that 'it's open season on n*****s,'" she says. "Kill 'em and get away with it. Which they did my dad. They killed him and got away with it. They walked away."

With both parents gone, Beulah's sister, Mary Madison, adopted the four kids. She already had three of her own, but she didn't want them to be separated. Their aunt raised them well, but the children struggled to cope with the enormity of the loss. "There was a void there," Deloris says.

Today, the stories of Clinton and Beulah Melton have been largely forgotten. But Clinton Melton's name is one of many engraved on The Monument at the National Memorial for Peace and Justice in Montgomery, Ala., honoring victims of lynching in the United States. It's a stark reminder that for every Emmett Till whose name is remembered in history books, there are countless others whom most Americans have never even heard of.

This story was produced by Joe Richman of Radio Diaries with help from Nellie Gilles, Sarah Kate Kramer, and edited by Deborah George and Ben Shapiro. To hear more stories from Radio Diaries, subscribe to their podcast at www.radiodiaries.org.