Accessibility links
The Surreally Diverse World Of 'Catherine House' : Code Switch This week, Code Switch is talking about our favorite pandemic reads. Today's conversation is with author Elisabeth Thomas, about her fictional cult-like college, set deep in the woods of Pennsylvania.

This week on the Code Switch podcast, we tried to settle a months-long debate we've been having on the team: Which kind of books are best to read during the pandemic? Ones that help you escape our current reality? Or ones that connect you to it on a deeper level? In doing so, we got a chance to catch up with the authors of some of our favorite pandemic reads. We'll be sharing interviews with those authors throughout the week. Today, we have a conversation with Elisabeth Thomas, author of Catherine House. 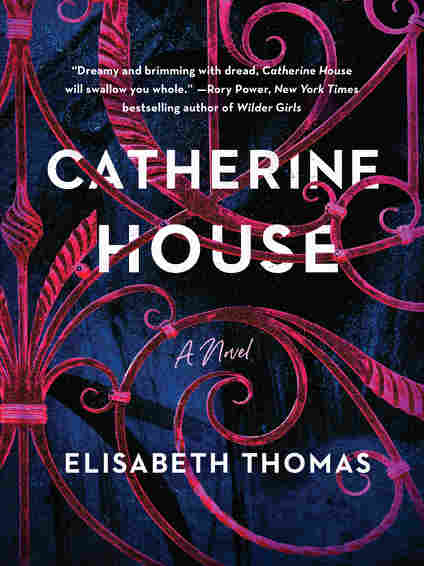 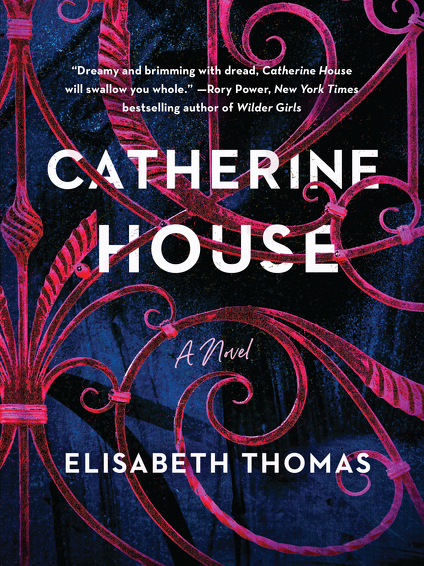 The cover of the Elisabeth Thomas's Catherine House.

When Elisabeth Thomas wrote Catherine House, she wasn't expecting it to feel quite so relevant to our current circumstances. The novel takes place at a school deep in the woods of Pennsylvania, where students are forbidden from leaving campus for three straight years. And while it becomes clear quite quickly that something sinister is going on in the background, students still find ways to build lives and friendships, develop their passions, and even fall in love with their surroundings. The mood she was going for, she said, was "dread mixed with nostalgia."

That mood, contradictory as it might seem, felt familiar. Reading this book during a pandemic, when many people are confined to a smaller physical space than they're used to (while something sinister is happening all around us) certainly hit home. But with its lush descriptions of nature, Catherine House convinced me there could be something enjoyable about paying closer attention to your surroundings, rather than constantly imagining an escape. As long as, you know, you don't get sucked in forever.

I spoke to Elisabeth about her real-life inspiration for the school, how to write about race in a fantasy world, and what her characters mean to her. Our conversation has been edited and condensed for clarity.

Can you tell me about the main character? What is she like?

The main character Ines is this very rebellious, very fearless young woman who ends up in this college. She starts off at the school, and you have the feeling that there are some dark things happening beneath the school's surface. A lot of us would maybe just let that go and not go down the dark corridors, as it were. But she's very adventurous, very brave, and it's really fun to write someone who's so fearless and just so doesn't care what other people think of her.

In an interview for The Nerd Daily, you said you wanted to "play with the idea of creating a fictional environment that's diverse but surreally frictionless in its diversity. At Catherine, students of all different races sit together at the same table in the cafeteria. I don't think that's realistic, or at least that hasn't necessarily been my experience in life. But that's part of the Catherine dream world." Why was that of interest to you? 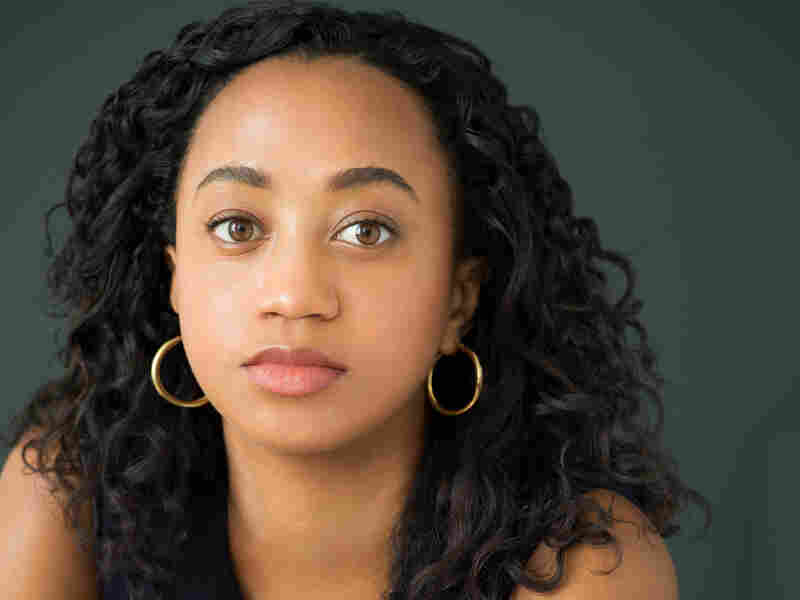 I'm not going to write a book that's not diverse, but I thought part of what would be interesting is I'm going to almost have the diversity add into this surreal place that I'm crafting. I'm making this kind of cult-like school, this kind of surreal environment. And I thought it would be fun and interesting to almost pretend like I don't have to answer that race question, because I think that, honestly, in some ways you can't get out of answering that race question. In the real world, if you go to a school and you're a Black woman, you have to deal with the fact that you're a Black woman. Whether you want to or not. But it's a fantastical thing to do to be like, let me just pretend that none of these characters have a moment of strife with any of their friends where they're like, you know, you shouldn't have said that to me. They all just get along perfectly.

I don't think that's realistic. But I thought, you know, I'm creating this world. And one of the great privileges of being a writer is that it's your world. You get to do what you want. And so that's going to be one of the things that makes it fantastical.

As a reader, you really feel how students can get sucked into this world and feel like it is everything, like there is no outside. But a young Black student named Yaya is one of the few characters that seems to have a consistent tether to the outside. She remembers that there is something good or important about not being in that house. And I wonder if her race has anything to do with that?

Yes, I think so. I knew that I wanted it to be a diverse set of characters, but I thought very distinctly about what I wanted each of the races to be. And of the close friends, I knew that I wanted a fair number of them to be Black. It's funny, a lot of people read Ines to be Black, and I had not intended for her to be Black. Which is fine. But it's very important for me for Yaya to be read as Black, and it's very important to me for Theo, another character, to be read as Black.

And it was important to me that those two characters — it's someone who completely buys into Catherine House — like goes hook, line and sinker with the whole Catherine House ideology. And then Yaya is the person who's the opposite of that. She comes in from the very beginning, and she says to the main character, like, You can't get sucked in here. We have to come in here, graduate, go get our grades and get out of here. And I think that is a very realistic impulse for a Black student — I mean, that's how I felt about my college experience, honestly. But I think that I saw other Black students who had almost the exact opposite reaction. There were other students who were kind of like, oh, my God, here we are at this magical place that has this amazing history. So I thought it would be really interesting to show those two viewpoints with people who are the same race.

So Theo is another part of this main friend group. He and Ines wind up dating. He's also Black. And as you said, he's kind of the opposite of Yaya — he completely buys into the school and falls in love with it. What's his story?

One of the things that I wanted to capture is that both Theo and Ines, both of these characters are very unhappy. They're depressed, I would say, and feel very disconnected from the world and I think that's something that they really bond on.

Theo says at some point, that "they have great doctors here. I'm feeling a lot better." And in my mind, Theo connects his feeling emotionally better and having a happier life with this institution.

I think a lot of people do that, but I think it's dangerous. Theo was not doing well before. He was not eating so well before. His family wasn't so great. We don't know that much about his past, but from what we know, it seems like it was not so hot. And then he comes to this institution that's so rich, that has all this wild, amazing food, all of his friends are down the hall. He's all of a sudden feeling better. He's the academic star of the school.

And I think that he kind of thinks of the school as this thing that has done all this amazing work for him. It's something that he almost falls in love with. But I think a lot of us have this problem where we kind of get entangled and think that an institution that has helped us cares about us. But that doesn't necessarily mean that's what happened. They maybe just assisted us for their own benefit.

You talked earlier about not imagining Ines as Black. But many readers assumed she was. Can you say more about that?

In my mind, when I was creating this world that was kind of surreally diverse, I kind of thought that the only way that that would work is actually if the person who was our entry point into it was actually White. I think a Black person starting at this college, or someone who was another race that's not White — I think there would have been more of an, OK, what's going on here? feeling. I think only a white person could go into an environment that's surreal in that way and not have it a huge thing to comment on. I think that only a White person could have thought things were off, but just a little bit off. So that's why I had the main character be White.

Readers, we want to hear from you! What books are you turning to right now? Are you team #EscapistReads or team #PandemicReads? Email us at CodeSwitch@npr.org and tell us your thoughts. Stay tuned tomorrow, for another Q&A with one of our favorite authors. And if you missed yesterday's, click here to read our interview with Talia Hibbert, author of Take a Hint, Dani Brown!