Accessibility links
Romance Meets The Real World In 'Real Men Knit' : Code Switch This week, Code Switch is talking about the books that are getting us through the pandemic. Today's conversation is with Kwana Jackson, author of a romance that doesn't leave real life behind.

This week on the Code Switch podcast, we tried to settle a months-long debate we've been having on the team: Which kind of books are best to read during the pandemic? Ones that help you escape our current reality? Or ones that connect you to it on a deeper level? In doing so, we got a chance to catch up with the authors of some of our favorite pandemic reads. We'll be sharing interviews with those authors throughout the week. Today, in our final installment, we have a conversation with Kwana Jackson, author of Real Men Knit. 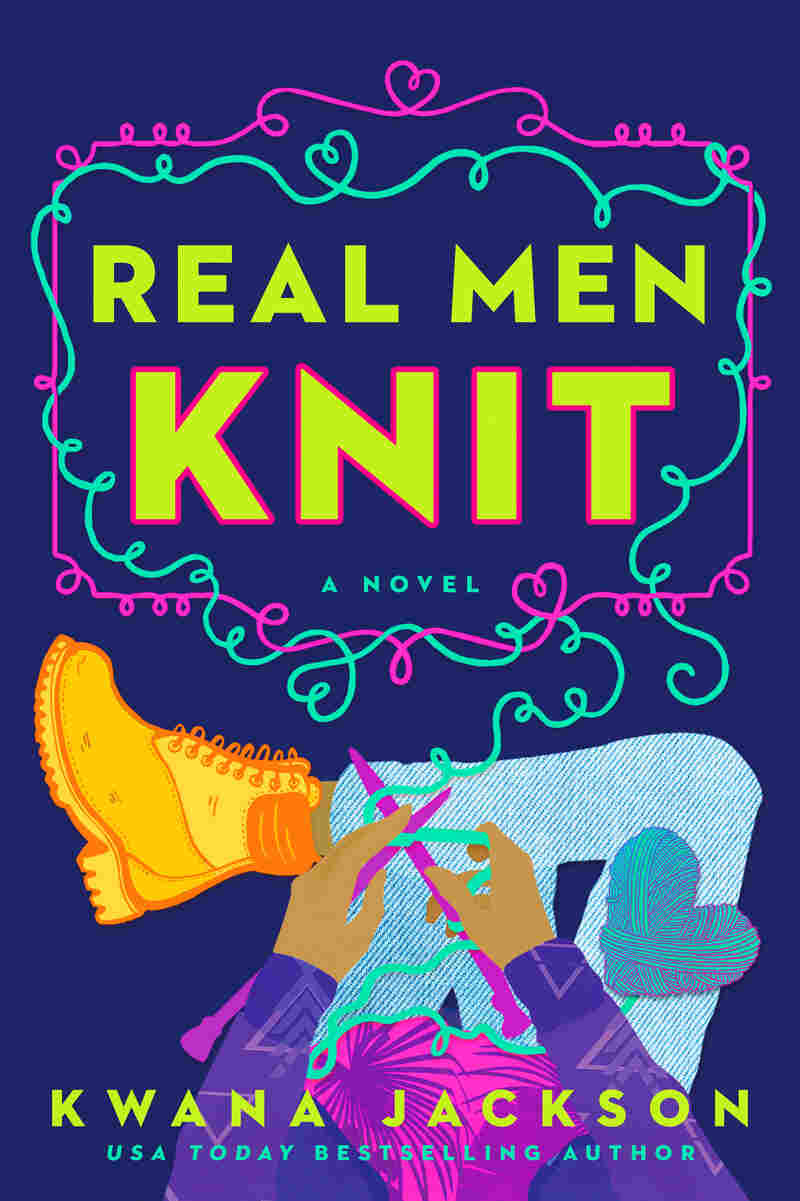 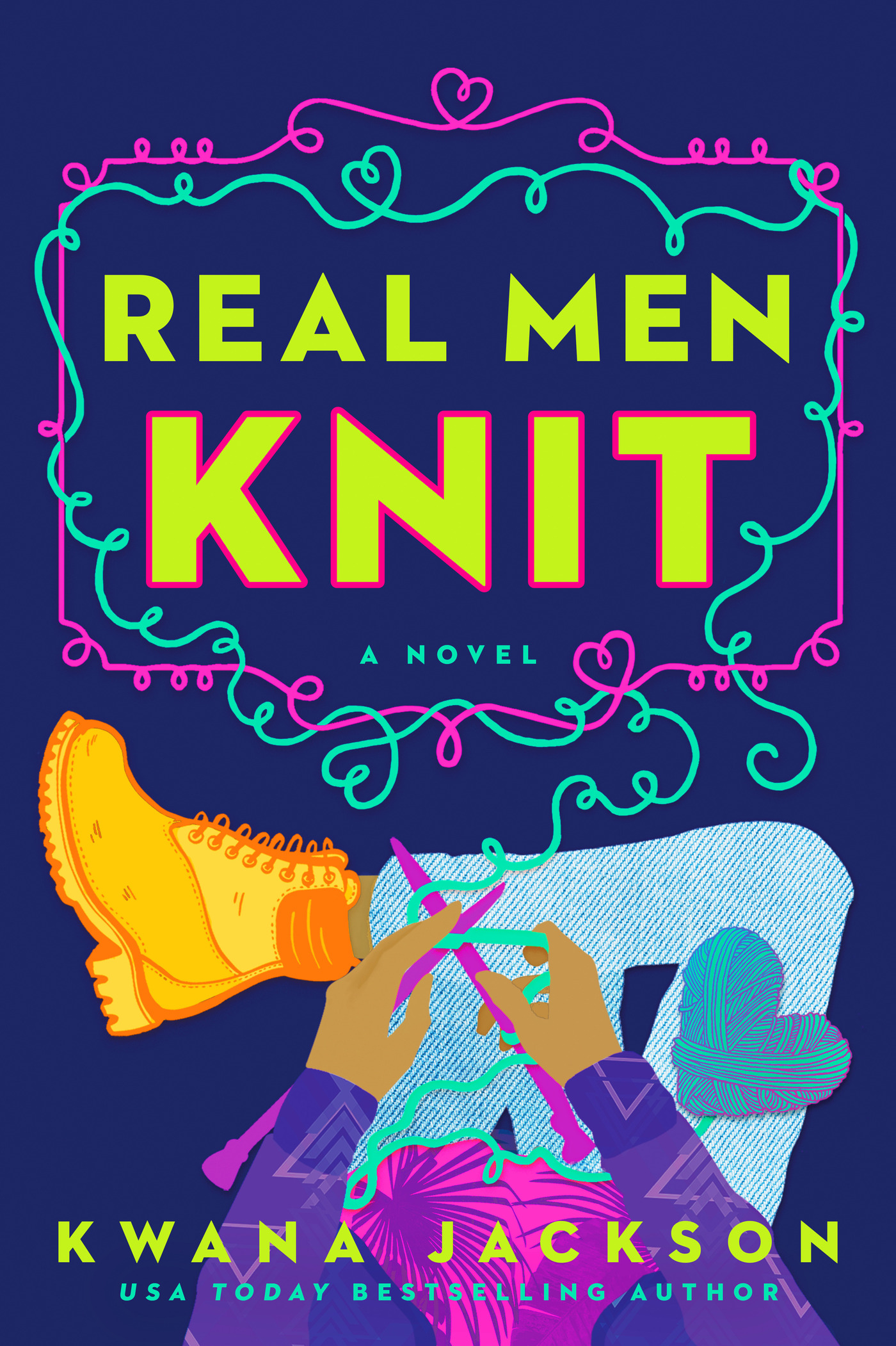 For a romance novel, Real Men Knit is full of some not-so-romantic issues: gentrification, rapidly changing demographics, the sudden death of a family member. But author Kwana Jackson says that her books don't take place on deserted islands — so even in her fiction, she never leaves real life behind.

Despite all the seeming heaviness, though, Real Men Knit is a true love story — yes, in the romantic love sense. But it's also a story about love for family and community. It takes place in Jackson's native Harlem, and is full of inspiration and references from her childhood. And for anyone wondering, it does have the calling card of a true romance: the mandatory Happily Ever After.

I spoke to Kwana Jackson about the romance industry, her characters, and how Harlem shows up in the book. Our conversation has been edited and condensed for clarity.

Without giving anything away of course—what is Real Men Knit about?

Real Men Knit is the story of four brothers fighting to keep their family's knitting shop open after their adoptive mother suddenly passes away. And it's also the love story of Jesse, who is the youngest brother, and Kerry, who is a part time shopkeeper. It's their story of the two of them coming together. Unbeknownst to Jesse, Kerry has had a long-time crush on him for forever.

Tell us a bit more about Mama Joy, the mother of these four boys.

I chose Mama Joy as their adoptive mother because growing up, a native Harlemite, born and raised in New York, I saw lots of women, lots of Black women taking care of not just their own kids, but kids in the neighborhood. It was sort of an it takes a village situation.

There are a lot of real life issues in this book. How did you think about folding that heaviness into a genre that's typically perceived as more lighthearted?

I'm not writing in a setting set on a deserted island, you know, so I can't write in for another person's novel. Maybe it wouldn't be in there. But for me, as a black writer who was born and raised in Harlem, I mean, the fictional Strong Knits shop that I've written is pretty much around the corner, in my head, from where I grew up. And I don't even know if I've ever said this in an interview, but when my grandmother passed away, she had on her dresser notices from the housing department wanting her to move out of her longtime home of over 40 years. So that's something I can't escape. Though I am a fiction writer, I cannot escape. Reality in my fiction is just, you know, it might not be romantic, but it's real.

In the non-romance world, a lot of people refer to romance novels as "bodice-rippers," a term you find offensive and misogynist. Why?

I think that's a way to put down an industry run by women, and put down women and just sort of squash it aside. That's not something I can get behind. I have been a romance fan since I was 11 or 12 years old, and I've learned so much from back-in-the-day romance about what I want to take away and what I would expect and demand in relationships. Though they say "bodice rippers" and "escapism" and "guilty pleasure," there are no guilty pleasures—what's your pleasure is your pleasure.

So maybe we're doing ourselves a favor, putting aside the COVID news for a bit, and reading a romance or two?

I have been tweeting and shouting, Romance Is Self-Care! And whatever you need for your emotional and mental self-care right now is absolutely fine, and there is absolutely no guilt about any of it.

You've written a number of romances, and your heroines, to date anyway, have all been Black. Is that because there weren't a lot of Black romance heroines years ago, when you were beginning to read them?

I won't say that was the reason I wanted to write romances featuring people of color. I just wanted to write romance! And the reason I feature people of color is because I'm a Black woman. So I couldn't imagine my heroines being anything but Black women. But that's not saying that I won't write romances in the future that don't have a Black woman. I write a lot of series romances, and there may be another character who is a different color and if that character is calling for a story, I may write that.

You have been very active on social media in the romance community about the need for more diversity in the genre. There is some, but as the big blowup earlier this year in RWA—Romance Writers of America—over diversity proved, the industry as a whole has a way to go, in terms of equity in promotion of diverse books, in payment of its authors, and other things. Is it making progress?

I think it's coming to terms [with the need to be more racially aware, more equitable]. I think everyone is coming to terms—romance, entertainment, etc., and I'm happy to see that they're coming to terms with it and that they're learning from it. In the romance industry, they're starting to value not only the feelings of the readers and the authors, but understand that our dollars have equal value, and that readers will take their dollars elsewhere if they see the inequality and the readers are starting to see the inequality that they didn't see before.

That could be critical, right? Isn't romance the most profitable sector of the publishing industry?

Exactly! That's what I understand. So if all those female writers packed up their laptops and went away, what would happen to the industry?

Readers, we want to hear from you! What books are you turning to right now? Are you team #EscapistReads or team #PandemicReads? Email us at CodeSwitch@npr.org and tell us your thoughts. And if you missed yesterday's conversation, click here to read our interview with Elisabeth Thomas, author of Catherine House.