Accessibility links
Code Switch Selects Our Favorite Episodes Of 2020 : Code Switch Our team is looking back at some of our favorite episodes to work on this year, and what made them so meaningful. And oh, what a year it has been. 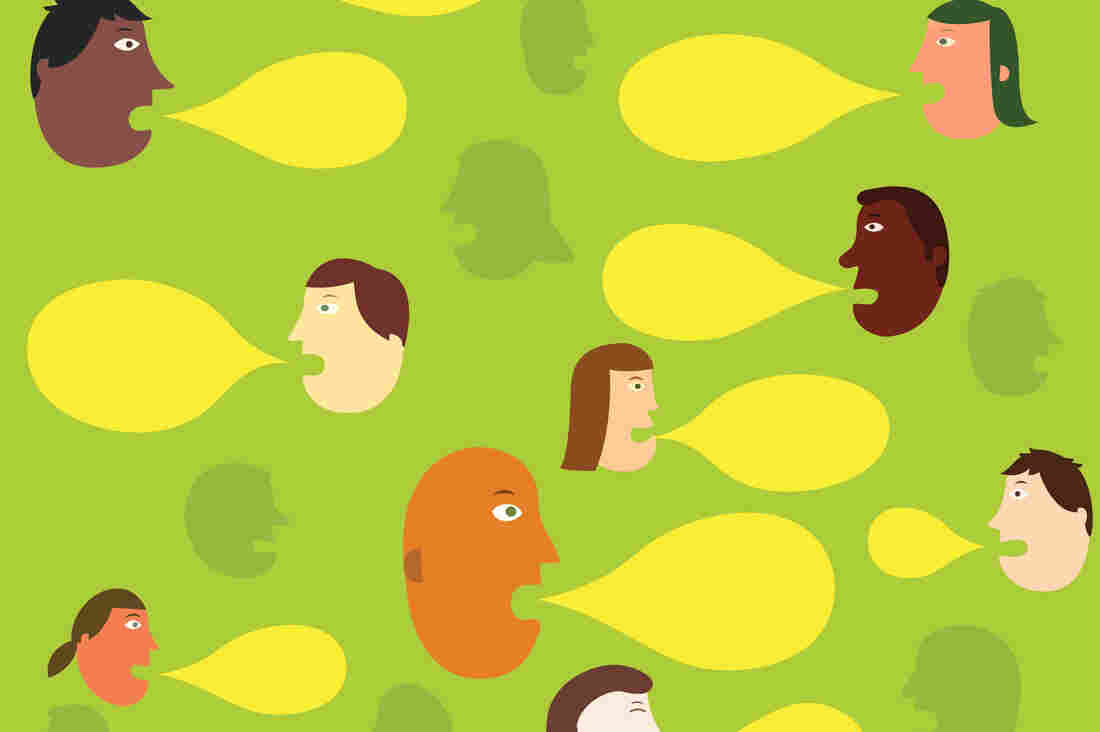 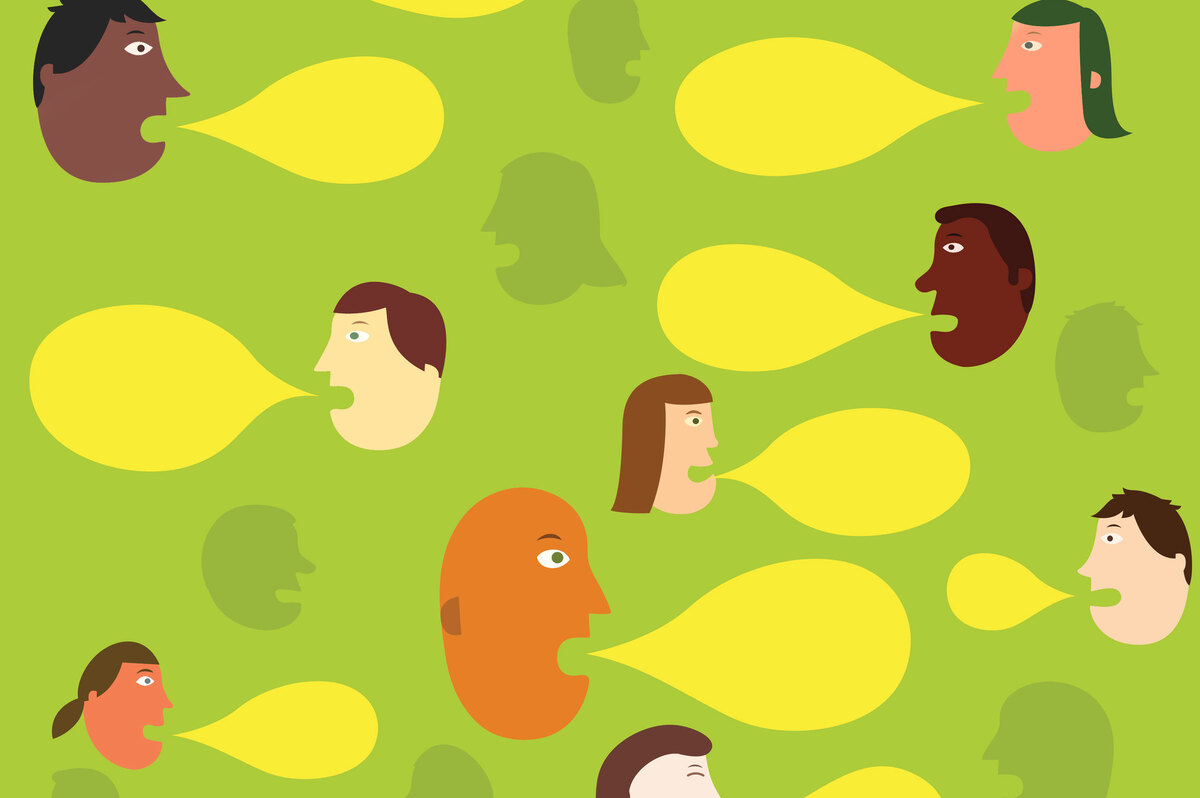 It's been said over and over and over again: 2020 has been a year like no other. So, as a team, we decided to look back at the episodes we've worked on over the past year and reflect on what they've meant to each of us. We remain in awe of just how much has happened — how many stories we were able to cover, and how many we're still itching to tell. We have a boatload of fascinating episodes in the works — so stay tuned. But before we venture into the uncharted waters of the new year, we want to share with you some of our favorite episodes from the past 12 months.

"One of my favorite episodes to work on this year was When Poets Decide Who Counts. Five different Code Switch members got to interview poets, which is awesome, including one of our interns at the time. The poets were kind of shocked when we told them we wanted to ask them about the census. They were like, "Why me? I don't write poetry about the census!" But prompting them to look at how their work related to how we count people made for some incredible insights. When in doubt, ask a poet!" — Kumari Devarajan, production assistant

"My favorite recent episode was Is It Time To Say 'RIP' to 'POC'. I love it when we include the voices of Code Switch listeners and this episode is full of your informed and intelligent opinions about the terms POC and BIPOC. It's also one of those episodes that came from a real question I had: 'Why is everyone saying 'BIPOC', and should we be using it on Code Switch, too?'" — Shereen Marisol Meraji, co-host

"I loved working on our episode about the Gen Z Latinx voters that was part of our election coverage. I pitched the idea months before, wanting to know more about this fast-growing demographic of young folks, and spent weeks talking to young folks across the country about the issues that are important to them. I love working on stories that take teens and their politics seriously—and it was great to spend so much time talking to people who care deeply about their world." — Natalie Escobar, assistant editor

"Our episode about the Treaty of New Echota was born out of a deep, deep research rabbit hole. It was my first meaningful interaction with an idea Julian Brave NoiseCat wrote about recently for the Columbia Journalism Review, that they way journalists are trained to tell stories often fails Indigenous stories and storytelling. In learning so much that I never picked up through school, it constantly felt like this story was missing pieces (slave owning, Christian schooling, attacks on Chief John Ross's mixed heritage — each one a rabbit hole of its own). But while one episode of Code Switch can't cover everything, we still told a story about family, art and power that I'm really proud of." — Jess Kung, production assistant

"One Korean American's Reckoning was a really meaningful episode for me to work on because it's the first one I reported and produced since joining Code Switch at the beginning of the summer. I was really new to the team and I jumped in feet first with a lot of support and creative freedom to talk about anti-Blackness and organizing in the Asian American community. All of the research was new to me, so I was learning about myself as I was reporting and that is always amazing!" — Alyssa Jeong Perry, producer

"I'd have to say my favorite, and the toughest piece of design I've worked on all year, was for the episode A Decade of Watching Black People Die. I had the, what seemed to me, obvious idea of writing out the names of black people killed at the hands of police up to the murder of George Floyd on one sheet, and making it printable, to show the impact of this disease. People really appreciated and felt moved by that simple but meaningful design. I saw the design on posters and flags, and it even became a giant mural in Brooklyn. But the worst part was that soon after I created it, it became outdated. The list is too long and still growing." —LA Johnson, art director 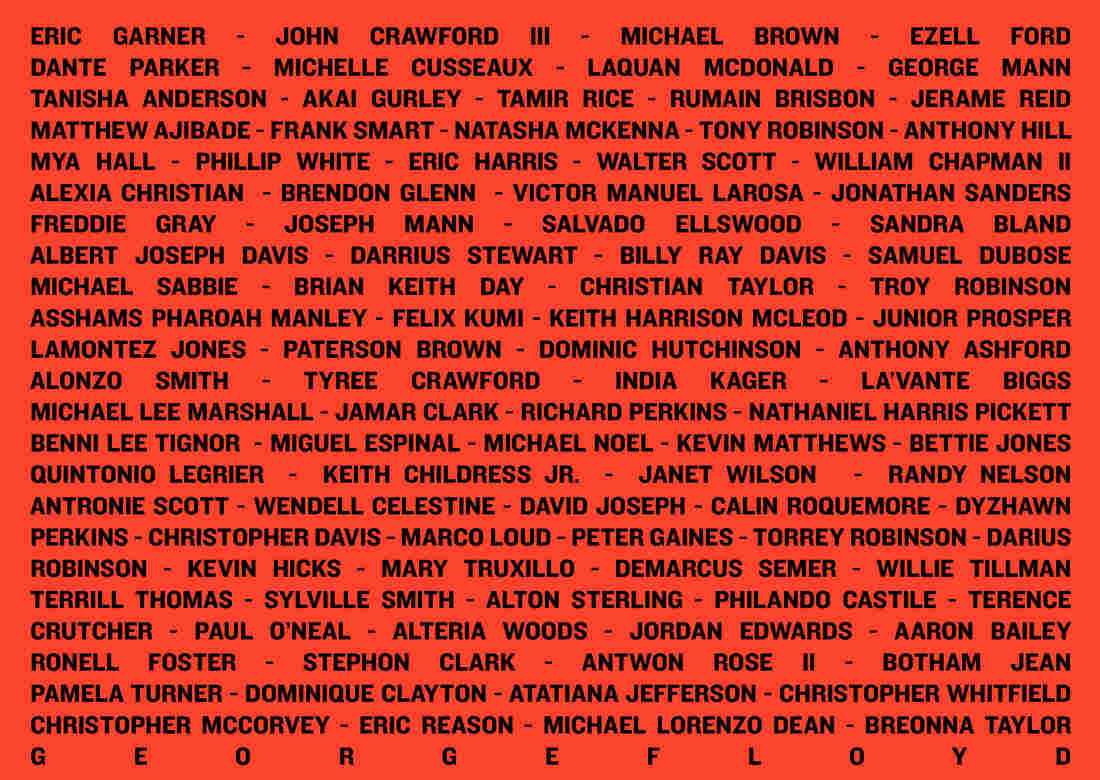 The rate at which black Americans are killed by police is more than twice as high as the rate for white Americans. This is a non-comprehensive list of deaths at the hands of police in the U.S. since Eric Garner's death in July 2014. LA Johnson/NPR hide caption 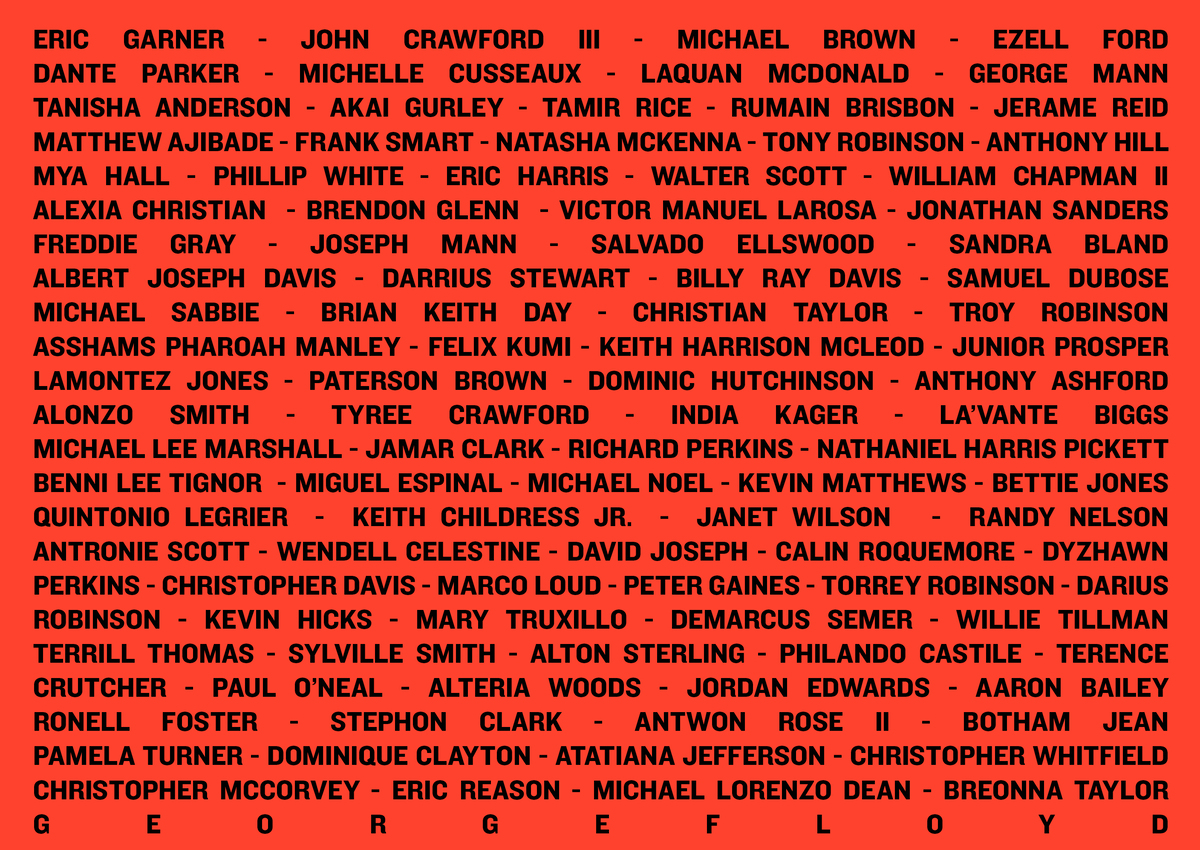 The rate at which black Americans are killed by police is more than twice as high as the rate for white Americans. This is a non-comprehensive list of deaths at the hands of police in the U.S. since Eric Garner's death in July 2014.

"Whenever I work on a good episode, I nearly always say it's one of my favorites, but the one we turned right after the election: Nov. 18th's The White Elephants in the Room, has to stand as one of my top episodes to work on in this very unusual year. First off, because it taught me something: about how and why people vote the way they do in this country, but also in that it popped a bubble that I think had been expanding dangerously in the media about why Joe Biden won the presidential election, and why so many people voted for Donald Trump. And secondly, because it was one of those episodes where everyone who worked on it contributed — a real team effort that when I listen back to it, I can hear all those different voices that went into it. It's funny, and thoughtful, and a little angry, too." —Steven Drummond, executive producer

"It would be a tie, between the Karens ep, because that was of the moment and so many people didn't know that the 'Karen' moniker wasn't sui generis, but part of a progression of women with a big blind spot about their privilege. Or, Is Trump Really That Racist? I think we all know the short, one-word answer to that question. (In fact I got some response on Twitter from a number of people asking "LOL! Really? You had to ask?"), but I liked putting him in the context of recent history. Even the most beloved and/or effective presidents have had policies or episodes that could be described as racist, or {choke} race-inflected (!), and it's important to remember that. Especially as people of color." —Karen Grigsby Bates, senior correspondent

"This year was a whirlwind, so it felt really satisfying to be able to work on episodes that felt super relevant to all that was going on in the country. But my favorite episode to work on had nothing to do with the news — it was a story about my family's history, and how my ancestors' lives intersected with slavery, reconstruction and the Great Migration. Getting to explore those histories through a personal lens was such a privilege, and helped illuminate how present the past can be in all of our lives. And drinking beer in the French Quarter with my dad as 'research' didn't hurt, either." —Leah Donnella, editor