January 30, 2009 • After earning a Master's degree in music at Yale, Douglas promptly moved to New York, gave up her French horn and started writing songs. The songwriter presents her colorful, snarky stories live on the program.

January 30, 2009 • Intricate, melodic, and vivid: the sound of North Carolina's Annuals is the epitome of sunny indie-pop. The band's thoughtful harmonies, anthemic orchestration and percussion, and bright electronics have earned the group rave reviews ever since the release of its 2006 debut, Be He Me. Hear Annuals perform live in concert from WXPN in Philadelphia.

January 29, 2009 • The 13-piece ensemble from Berlin has created an energetic mix of folk-music traditions from throughout Europe. The band mixes guitar and bass with accordions, violins, clarinets, trumpet, trombone, banjo, bouzouki and cello. 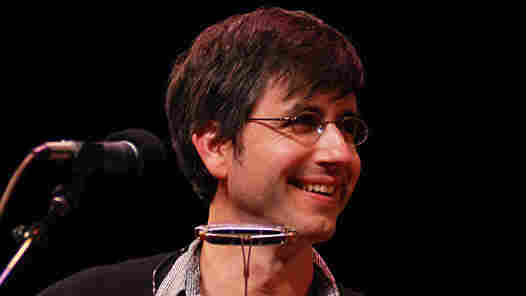 January 28, 2009 • Burge is often called "The Dean of West Virginia Songwriters," and with good reason. Burge has appeared six times on Mountain Stage since 1991, and has released seven albums.

The Everybodyfields On Mountain Stage

January 28, 2009 • The alt-folk band, led by Jill Andrews and Sam Quinn, has made its name with contemplative, achingly beautiful harmonies. The group travels north from Tennessee to play a set from its most recent album, Nothing Is Okay.

January 27, 2009 • The Iranian father-son team unfurled a mesmerizing set of what might be called the hidden Afro-Persian tradition. Saeid Shanbehzadeh sang, played flute and danced around his goatskin bagpipe as his son churned out hypnotic rhythms on two hand drums.

Shanbehzadeh Ensemble in Concert at globalFEST 2009

January 26, 2009 • The Swedish singer-songwriter is known for his gentle guitar work and hushed, expressive voice. Backed by spare percussion, Gonzalez sings a mix of originals and signature pop covers in his Mountain Stage debut.

January 23, 2009 • Stanford was a member of the regionally successful Philadelphia group Townhall before the band split several years ago. He's since become a soulful solo singer-songwriter, and released his first full-length album (Big Drop) in spring 2008.

January 23, 2009 • With an eclectic blend of styles ranging from Slavic music to American punk, the Denver-based band DeVotchKa has found widespread support for its film music (in Little Miss Sunshine and others) as well as its five full-length albums, the latest of which is last year's A Mad & Faithful Telling. Hear DeVotchKa perform live in concert from WXPN in Philadelphia.

January 22, 2009 • The saxophonist, who died Jan. 20, was known for fervent, bluesy hard-bop. Newman backed Ray Charles before launching a long solo career. Hear him perform in a 1998 episode of Billy Taylor's Jazz, live at the Kennedy Center in Washington, D.C.

January 22, 2009 • The Australian singer-songwriter has diversified his talents throughout a long career in music, recording pop, rock, country and bluegrass-flavored records. Kelly has also won awards for his work composing for TV and film.

January 22, 2009 • Brian Blade, a reed of a man, sits up straight at his drums, lifting a shoulder. Born in 1970 in Shreveport, La., his father has been the pastor of the Zion Baptist Church there for almost 50 years. The dedication that started in church has expanded in the Fellowship Band, which plays a second set from the Village Vanguard.

January 21, 2009 • The band's breakthrough in the '90s spawned several well-received albums and commercial hits. As an independent group, it continues to record and tour, and nurtures its loyal fan base with strong outreach. 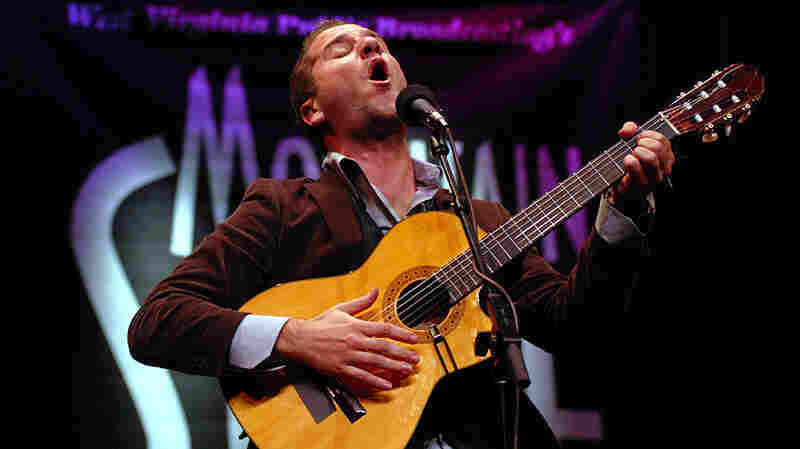 January 20, 2009 • The singer-songwriter honed his observational craft at the Hotel Cafe in Los Angeles, where he became the first artist to release an album on the venue's record label. He performs songs from that album, Sing, live from Charleston, W.Va.