December 31, 2007 • Ring in the new year with live jazz. NPR and WBGO present great jazz concerts from coast to coast all night long. This year's show is hosted from the new Yoshi's in San Francisco, where the Count Basie Orchestra will count down to midnight.

The Word, Recorded Live in Concert

December 28, 2007 • The Word features some of jam-rock's biggest names, including pedal-steel guitarist Robert Randolph, keyboardist John Medeski and the members of North Mississippi Allstars. Hear The Word perform a concert from WXPN and the Electric Factory in Philadelphia.

The Word, Recorded Live in Concert

December 28, 2007 • Mozart's The Magic Flute has been delighting children of all ages ever since its smash premiere more than 200 years back, with a story that seems made for kids but still leaves grown-ups with plenty to contemplate. The Washington National Opera's fanciful production is a brilliant way to ring in the operatic New Year.

Washington National Opera on World of Opera -- 'The Magic Flute'

McCoy Tyner in Concert from Yoshi's

December 27, 2007 • In terms of integrity, Tyner is the same pianist today as he was with John Coltrane in the '60s. Tyner plays with color, like a big abstract painting, and dances with rhythm. Hear a concert recorded at Yoshi's in Oakland, Calif., with special guest Joe Lovano.

The Smithereens in Concert

December 21, 2007 • Rock-music veterans whose careers span more than 25 years, The Smithereens' members combine the sounds of Buddy Holly and The Beatles with shades of metal and prog-rock. Hear The Smithereens perform a concert from WXPN and World Cafe Live in Philadelphia.

The Smithereens in Concert

December 21, 2007 • NPR and WNYC offer an encore presentation of the acclaimed Collegiate Chorale and soloists, recorded live in concert, performing one of the most beloved works of Johann Sebastian Bach.

December 21, 2007 • Donizetti had already composed more than 60 operas when he wrote Don Pasquale, a brilliant comedy warmed by the composer's trademark touch of gentle pathos. The production is from the Grand Theatre of Geneva.

Sharon Jones and the Dap-Kings in Concert

December 14, 2007 • The funk/soul band mixes percussion, trumpets, guitars, organs and bass, but its key ingredient is Jones' incredibly soulful voice. The group expertly emulates classic '60s and '70s funk. Hear the band perform a concert from WXPN and the Fillmore at the TLA in Philadelphia.

Sharon Jones and the Dap-Kings in Concert

Love Under Siege: Rossini's 'Maometto Secondo' at the Concertgebouw

December 14, 2007 • Long before novelist John le Carré mixed political intrigue with a splash of romance, there was Rossini's Maometto Secondo. From Amsterdam's Concertgebouw, hear the story that pits love against loyalty in a city divided by war.

December 13, 2007 • Jazz vocalist Roberta Gambarini sails like an angel on top of a song, while Freddy Cole's baritone voice rides low, full of experience but still sentimental. Hear them both in a concert recorded live for JazzSet.

December 12, 2007 • Three legends of jazz piano share the stage with younger stars in the 18th edition of an annual NPR holiday tradition, recorded live at the John F. Kennedy Center for the Performing Arts in Washington, D.C.

Listen to 'A Jazz Piano Christmas'

December 7, 2007 • Luisa Miller was named simply, after its main character, but it was inspired by a play with a title that pretty much sums up Verdi's opera: Intrigue and Love. The production is from the Bavarian State Opera. 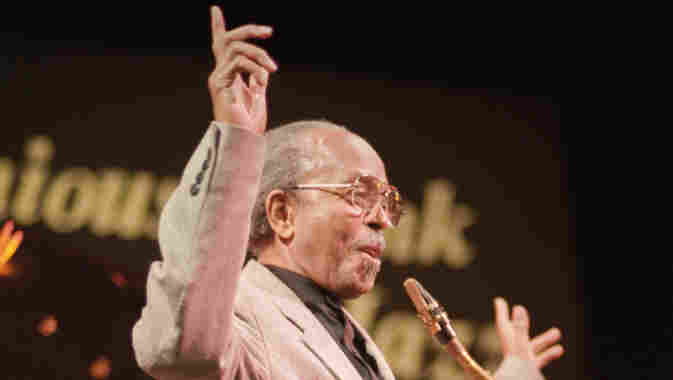 December 6, 2007 • A gifted arranger and composer whose originals include "C.T.A." and "Gingerbread Boy," Heath has written charts for Chet Baker and Art Blakey. Heath cut his teeth in big bands with Dizzy Gillespie and Howard McGhee, and in this concert from the Blue Note, he's got his own.