February 23, 2007 • Blending the sounds of classic Americana into a whole that feels both familiar and original, Son Volt and bandleader Jay Farrar compose elegant, melodic songs that radiate intelligence and melancholy. Son Volt performs a concert from WXPN and World Cafe Live in Philadelphia. 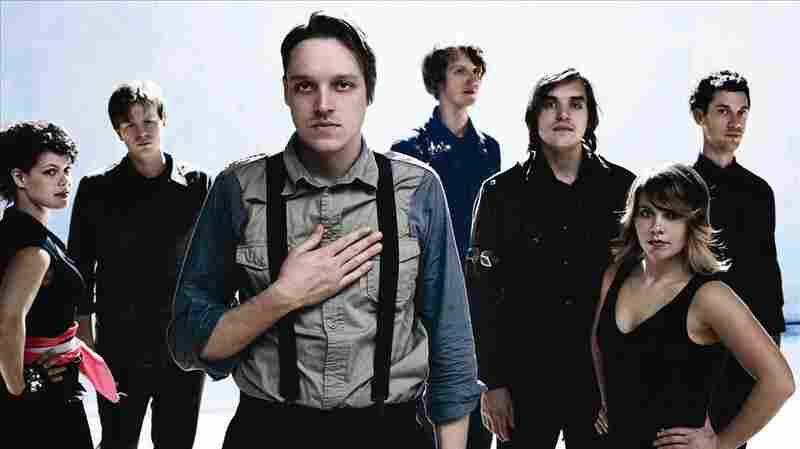 February 16, 2007 • Singer-songwriter Goat, a.k.a. Andy Rosen, has patiently honed his craft, first getting interested in music as a teenager in the '70s. In the time since, he's gone from custodial work at a music studio to a major-label deal and big-time exposure, before settling in as an independent performer.

February 16, 2007 • Three continents find voice in this showcase of sounds from Disney Concert Hall. The diverse show includes a women's group of Bulgarian folk singers, a Balinese gamelan ensemble and, from Africa, Les Ballets Africains, a troupe of drummers, singers and dancers.

February 9, 2007 • The French pianist brings to the Disney Stage his nuanced and atmospheric interpretations of his countryman Maurice Ravel, one of the main figures in the musical impressionist movement. Thibaudet also puts his unique pianistic stamp on works by Robert Schumann.

February 9, 2007 • Ever since she began her career as an acoustic singer-songwriter in the early '80s, Patty Griffin has specialized in sweet, smart ballads with shades of blues, pop, folk and country. Griffin performs a concert from WXPN and World Cafe Live in Philadelphia.

February 2, 2007 • Though Paolo Nutini is only 19, his music exudes the soul and passion of musicians as venerated as The Drifters and Van Morrison. He showcases his heartfelt songs and musical sophistication in a noon concert from Philadelphia.

January 26, 2007 • Guy Clark, Joe Ely, John Hiatt, and Lyle Lovett are four singer-songwriters who straddle folk and country music. On this program, they share some of their favorite new songs and old standards, slipping in a few tributes to the city of Los Angeles, home to the Disney Concert Hall.

January 26, 2007 • A gifted singer/songwriter with a deft touch on the guitar, mandolin, piano and banjo, McKeown calls herself a mix between Django Reinhardt and G. Love. But even that description only scratches the surface of her music's sly lyrics and rip-roaring swing.

January 19, 2007 • The Los Angeles Philharmonic performs J.S. Bach's Brandenburg Concertos, music which is featured in a wide range of Hollywood film scores including A Bridge Too Far and Romy and Michele's High School Reunion.

The Last Town Chorus in Concert

January 12, 2007 • A Toronto-based singer-songwriter with an international following, Ron Sexsmith has seen his songs covered by everyone from Rod Stewart to Nick Lowe. Though far from a household name, Sexsmith has won over countless famous musicians, including Paul McCartney, Elton John, and Elvis Costello.

January 12, 2007 • Born in Sao Paulo in 1971, Mônica Salmaso has surfaced as one of the best young voices in Brazil. At the Disney Concert Hall, she gives a dazzling performance of sensual, rhythmically-inflected Brazilian popular songs, including a Beatles favorite and an "Ave Maria" with a Brazilian twist.