March 30, 2007 • Known as the longtime keyboardist for the jam-rock band Phish, McConnell has come into his own as a solo artist after 20 years as a supporting player. McConnell, whose work was integral to Phish's renowned live show, performs a concert from WXPN and World Cafe Live.

'Abduction from the Seraglio'

March 30, 2007 • Mozart's The Abduction from the Seraglio is the opera the Emperor supposedly said had, "too many notes!" You can count them yourself in a production from the Salzburg Festival, in the composer's hometown.

An Audio Introduction to Mozart's 'Abduction ...'

Ted Leo and the Pharmacists in Concert

March 29, 2007 • Ted Leo first emerged on the hardcore scene of the late 1980s in the bands Citizen's Arrest, Animal Crackers and Chisel. He's since become one of the most innovative and important figures in the east coast rock scene. Hear Ted Leo and The Pharmacists recorded live in concert.

Ted Leo and the Pharmacists in Concert

March 27, 2007 • Nellie McKay is a singer-songwriter known for her distinctive mix of jazz vocals and torch singing with cabaret pop, rock and a rap-inspired rants. Hear McKay in a full concert recorded live from Alexandria, VA.

March 23, 2007 • The members of the North Mississippi Allstars have crafted a style they call "world boogie" — an energetic blend of Mississippi country-blues, modern rock and even hip-hop. They perform in concert from WXPN and World Cafe Live in Philadelphia.

March 23, 2007 • Igor Stravinsky's exotic, propulsive ballet The Rite of Spring captured conductor Marin Alsop's imagination at an early age. She says the music's "swing and sheer abandon" got her hooked, and the orchestra became her passion.

Monteverdi's 'The Return of Ul

March 23, 2007 • World of Opera presents Claudio Monteverdi's The Return of Ulysses, a brilliant musical take on Homer's "Odyssey" by history's first great opera composer, heard here from the Welsh National Opera in Cardiff with Paul Nilon in the title role.

March 22, 2007 • Trumpeter Enrico Rava, one of the first Italian musicians to have worked and recorded in America in the 1960s, has a sound that blends an Italian flow and colors with the configuration of jazz. Hear him at the Montreal International Jazz Festival. 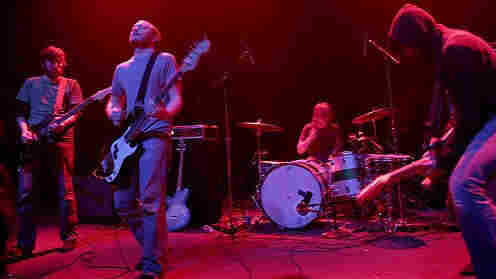 March 17, 2007 • Instrumental rock group Explosions in the Sky, electronic artist Eluvium and avant-garde noise-pop band The Paper Chase meet in the nation's capital for a night of music, recorded live from the 9:30 Club.

The Arcade Fire, Dark and Energetic

March 16, 2007 • The Arcade Fire put out a brilliant debut album in 2004's Funeral. They spent the better part of 2006 in a church outside Montreal, creating Neon Bible. Like their debut, the 10-piece band's music is full of percussion, strings and smart lyrics.

The Arcade Fire, Dark and Energetic

The Smithereens, in Concert

March 16, 2007 • Rock-music veterans whose careers span more than 25 years, The Smithereens' members combine the sounds of Buddy Holly and The Beatles with shades of metal and prog-rock. The band performs a concert from WXPN and World Cafe Live in Philadelphia.

March 15, 2007 • With conductor and composer Barry Forgie at the helm, the European Youth Jazz Orchestra features young, aspiring jazz musicians who for three weeks in 2006 toured northern Europe and Great Britain. Hear Robynn Amy and the ensemble's final performance on the tour in a full concert recorded by JazzSet. 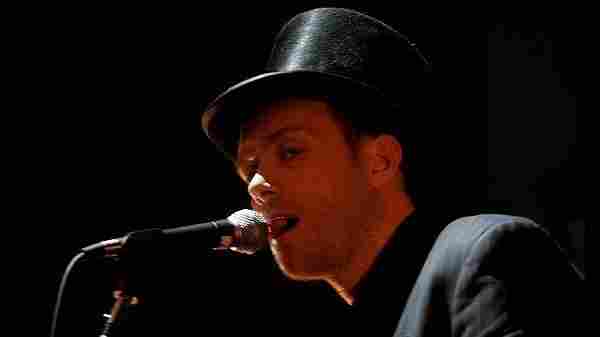 Damon Albarn performs with The Good, The Bad & The Queen in 2007. NPR hide caption

The Good, The Bad & The Queen, Live In Concert

The Good, The Bad & The Queen, Live In Concert

March 9, 2007 • Carpenter's music is often classified as country, for lack of a more accurate term. In reality, the multiple Grammy winner blends folk, rock and country, all intertwined with her own original melodies and lyrics. Carpenter performs a concert from WXPN and World Cafe Live in Philadelphia.