April 30, 2007 • Peter Bjorn and John are a Swedish pop trio making insanely catchy music, with bouncing rhythms and whistled melodies. The group is currently on tour with the electro-pop band Fujiya and Miyagi and Au Revoir Simone. Hear all three bands recorded live in concert from the 9:30 Club in Washington, D.C.

The Tragically Hip in Concert

April 27, 2007 • After nearly 25 years, The Tragically Hip continues to thrive, thanks in part to its vigorous live shows. Still, it's remained on the outskirts of the U.S. music scene, despite massive fame in its native Canada. The band performs a concert from WXPN and World Cafe Live in Philadelphia.

April 27, 2007 • The title character in Puccini's Manon Lescaut is a young woman torn between true love and a life of luxury. The production comes from the Washington National Opera, with stars Veronica Villarroel and Franco Farina, and conductor Placido Domingo.

An Introduction to 'Manon Lescaut'

The Frames Give Epic Performance

April 26, 2007 • Enormously popular in their home country of Ireland, The Frames make intimate, reflective rock led by singer/guitarist Glen Hansard. Now on tour for their sixth and best studio album to date, The Cost, The Frames visit Washington, D.C. for a concert, originally webcast live on NPR.org Apr. 26.

April 24, 2007 • When Dee Dee Bridgewater stepped on Malian soil, it was red, just like the ground in Memphis, her birthplace. People were friendly, even familial, and in a tiny Bamako cabaret, Bridgewater jumped onstage and started to sing. She brings that joy to the Kennedy Center in her Grammy-nominated Red Earth: A Malian Journey.

April 21, 2007 • Giuseppe Verdi's Il Corsaro is one of the few operas that evoke the swashbuckling world of seafaring pirates. Opera Orchestra of New York performs the rarely-heard drama in concert at Carnegie Hall.

April 20, 2007 • Combining traditional Irish music with non-traditional instruments such as guitar, banjo and bouzouki, the Celtic-music quintet has helped breathe life into the Irish/Celtic folk scene. The band performs a concert from WXPN and World Cafe Live in Philadelphia.

April 13, 2007 • Pairing power chords with timeless vocal harmonies and experimental indie-rock, Illinois' songs seem all-over-the-map and concise at the same time, resulting in a unique, laidback sound. The band performs a concert from WXPN and World Cafe Live in Philadelphia.

April 12, 2007 • The tragic story of King Henry VIII and his second wife, Anne Boleyn, provided Gaetano Donizetti with plenty of emotional material for his opera Anna Bolena. The production from Opera Orchestra of New York stars James Morris as Henry and Krassimira Stoyanova as the ill-fated Anne. 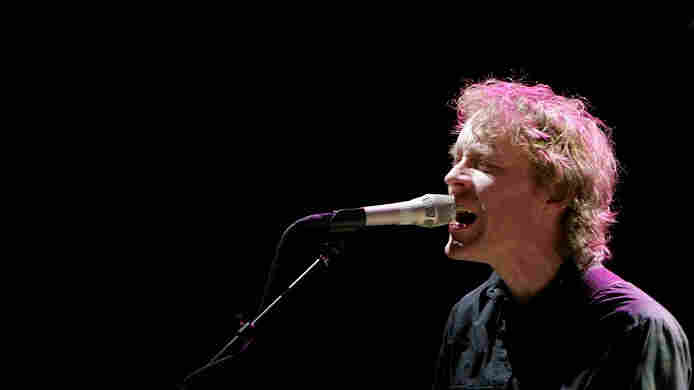 Low With Loney, Dear In Concert

April 10, 2007 • The music of Low is dark and mysteriously haunting with a sonic depth that radiates well beyond its brooding, spare arrangements. The band showcases its new album, Drums and Guns in a full concert, with the opening act Loney, Dear, from Washington, D.C.

Lily Allen in Concert with The Bird and The Bee

April 8, 2007 • Lily Allen is Britain's most addictive pop artist with dizzying melodies and lyrics that are as comical as they are biting. Now on tour for her multi-million selling album Alright, Still, Allen performs at the 9:30 Club in Washington, D.C. in a full concert, originally webcast live on NPR.org.

April 6, 2007 • First as half of the folk-pop duo The Story and later as a solo artist, singer/songwriter Jonatha Brooke has spent nearly two decades incorporating folk, pop and rock into her heartfelt songs. Brooke performs a concert from WXPN and World Cafe Live in Philadelphia.

April 6, 2007 • Soprano Anna Netrebko, one of opera's hottest young stars, sings the title role in Massenet's Manon in a production from the Vienna State Opera, with tenor Roberto Alagna as Des Grieux.

Iggy Pop and the Stooges in Concert

April 5, 2007 • Forty years after the band first formed in Ann Arbor, MI, The Stooges and their inexhaustibly explosive frontman Iggy Pop have returned with a new album. The Weirdness is the group's first new material since 1973's Raw Power. Reunited and back on tour, The Stooges visit Washington, D.C. for a full concert, originally webcast live on NPR.org.

March 30, 2007 • Known as the longtime keyboardist for the jam-rock band Phish, McConnell has come into his own as a solo artist after 20 years as a supporting player. McConnell, whose work was integral to Phish's renowned live show, performs a concert from WXPN and World Cafe Live.