The B-52s, Recorded Live in Concert

April 25, 2008 • Back after a 16-year hiatus from recording, the cheerfully hedonistic party band The B-52s returned to the public eye last month, releasing the appropriately titled Funplex. Hear the band perform a concert from WXPN and the Electric Factory in Philadelphia.

April 25, 2008 • Nabucco, Giuseppe Verdi's third opera, was his first, unqualified hit. It features an emotional chorus so closely linked to Verdi that it was spontaneously performed by the immense crowd at Verdi's funeral, some 60 years after the opera was written. 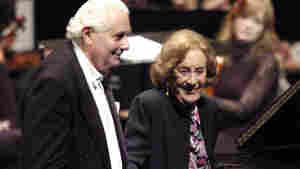 April 22, 2008 • In time for Earth Day, McPartland pays loving tribute to an early environmental hero, Rachel Carson, in a composition for symphony and improvised piano. The piece begins with a simple bird-song motif and moves through both the triumph of nature and its possible dramatic end.

April 18, 2008 • Carl Maria von Weber's bold and influential opera Euryanthe is led by conductor Kazushi Ono, in a spectacular performance by La Monnaie, from the Palace of Fine Arts in Brussels.

April 18, 2008 • Jaymay has been called a folk artist and she cites Bob Dylan among her influences. But her music is more layered and unpredictable than traditional folk singers. Jaymay was in Austin, TX for this year's South by Southwest music festival and took time out of her schedule to meet with All Songs Considered host Bob Boilen at the French Legation Museum, for an exclusive outdoor performance.

April 18, 2008 • It was a spectacularly beautiful day in Austin, TX when Lightspeed Champion's Dev Hynes and violinist Mike Siddell met with All Songs Considered's Bob Boilen for this exclusive outdoor performance. Hynes and Siddell offered up an intimate little set as they ran through four songs, opening with "Tell Me What It's Worth," followed by "Everyone I Know is Listening to Crunk," "Galaxy of the Lost" and an inspired cover of Olivia Newton John's "Xanadu."

April 18, 2008 • Though still only 20, English singer-songwriter Kate Nash has already topped numerous European pop charts and attracted massive buzz in the U.S. Her debut album, Made of Bricks, is full of sweetly infectious pop music, propelled by Nash's thick accent and effervescent personality. Hear Nash in concert from WXPN and World Cafe Live in Philadelphia.

April 17, 2008 • Every September since 1958, the Monterey Jazz Festival has transformed the municipal fairgrounds into a vast, sun-speckled California music weekend. JazzSet picks the best moments from last fall's 50th Monterey Jazz Festival, including performances from Gerald Wilson and Otis Taylor. 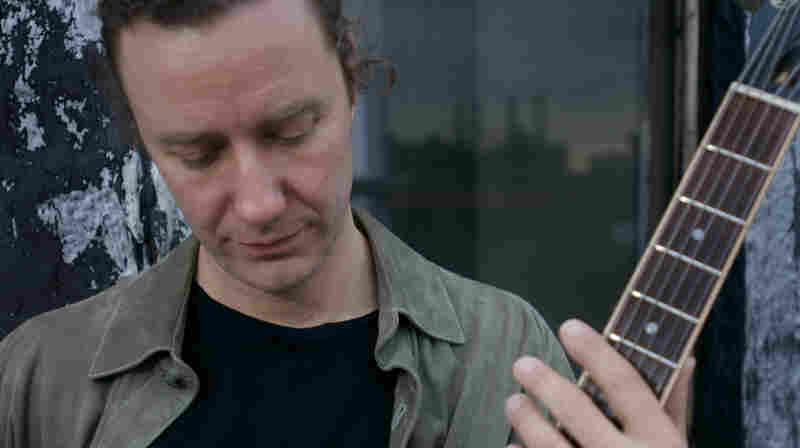 April 14, 2008 • Having long plied his angular brand of post-bop in New York, the jazz guitarist gathered a handful of the city's best musicians for his debut as a leader at the storied enclave. Hear the performance.

April 12, 2008 • Opening with "Hi-Speed Soul" from its 2002 album Let Go, Nada Surf performed for a sold-out crowd in a live concert webcast for NPR.org. A wistful pop song that ponders the meaning of reality, "Hi-Speed Soul" set the tone for an evening of inspired, thoughtful rock as the New York trio shared old favorites and showcased work from its latest album, Lucky.

April 11, 2008 • Two years ago, guitarist Kaki King announced that she would tour with a full band. For an artist who made her name as a solo instrumentalist, it marked her move into pop territory. Hear King perform a concert from WXPN and the Abbey Bar in Harrisburg, Pa.

April 11, 2008 • In Verdi's The Force of Destiny, the inevitability of fate inspires great music, a complex but compelling story, and a controversial production from Vienna, complete with gun toting cowgirls.

April 7, 2008 • Between jokes, the punk-rock legends in Carbon/Silicon — Mick Jones from The Clash and Tony James from Generation X — performed live at World Cafe Live in Philadelphia on April 7. Hear this co-production with WXPN, webcast live on NPR Music.

April 4, 2008 • For 30 years, the English singer-songwriter has helped define and redefine pop, rock, alternative, and new-wave music, when he's not delving extensively into classical composition. Hear Jackson perform a concert from WXPN and World Cafe Live in Philadelphia.