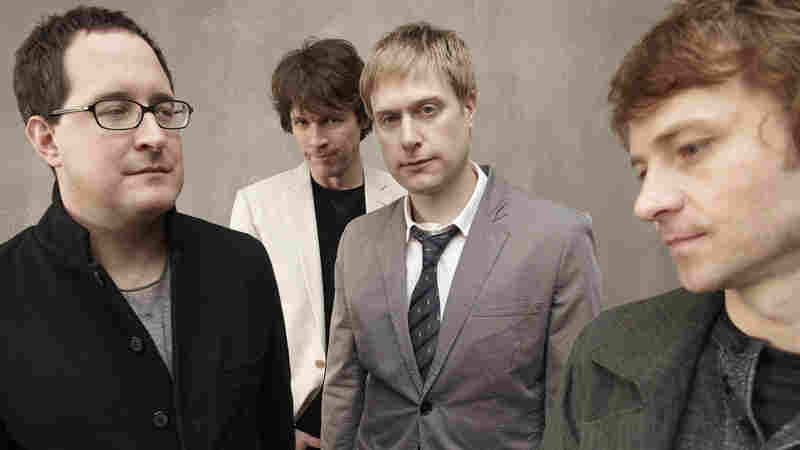 The Hold Steady In Concert

April 30, 2010 • With its riff-heavy mixture of classic rock and lyrically dense storytelling, the increasingly iconic Brooklyn rock band The Hold Steady crafts detailed musical universes that have already made it a critics' darling and fan favorite. Hear The Hold Steady perform live in concert from WXPN in Philadelphia.

The Hold Steady In Concert 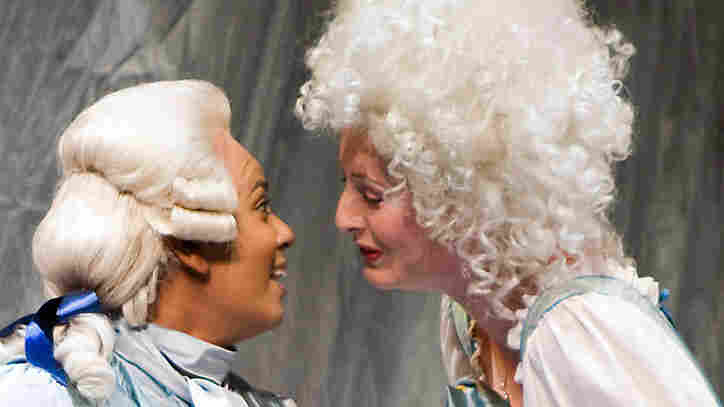 A Comedic Double Header By Chabrier And Rossini

April 30, 2010 • From frustrated newlyweds who don't know what to do with each other, to an arranged marriage of inconvenience, this double bill from Ireland's Wexford Festival features the little-heard short operas The Marriage contract by Rossini and An Insufficient Education by Chabrier. 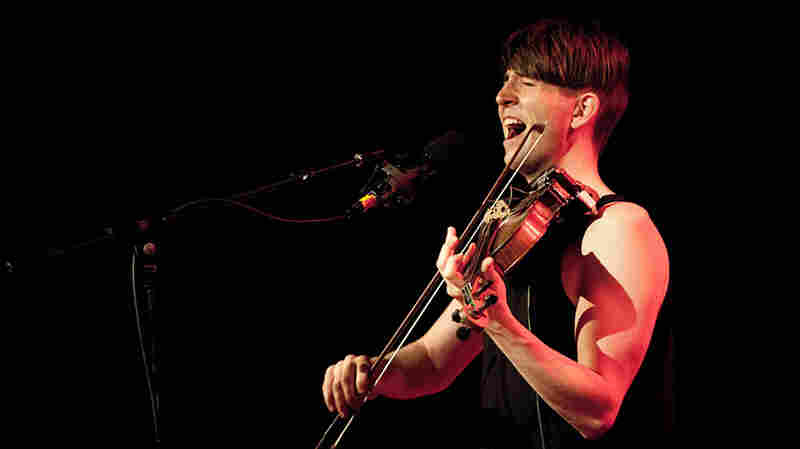 April 27, 2010 • Pallett employed his sad-angel voice, skillfully bowed violin and a loop pedal to build a set of dense, haunting chamber-pop layer by layer. Bookending this set of mostly new material are some golden oldies, including fan favorite "This Is the Dream of Win and Regine" and a cover of Mariah Carey's "Fantasy." 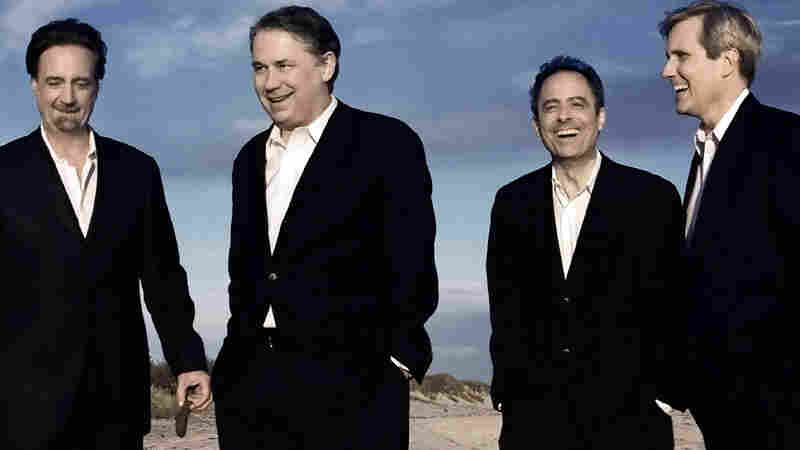 April 26, 2010 • After more than 35 years together, the Emerson String Quartet has performed in the finest chamber-music venues the world over. On Monday night, for the first time, they played at Le Poisson Rouge. 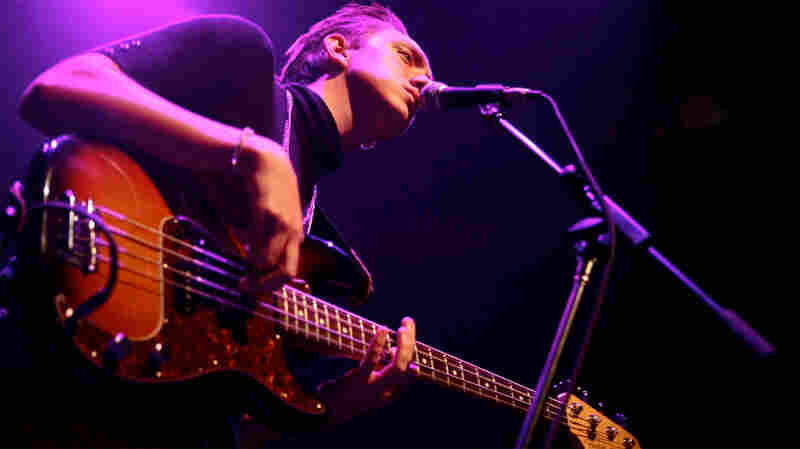 The xx performs at the 9:30 Club in Washington, D.C. Shantel Mitchell hide caption

Hot Chip And The xx In Concert 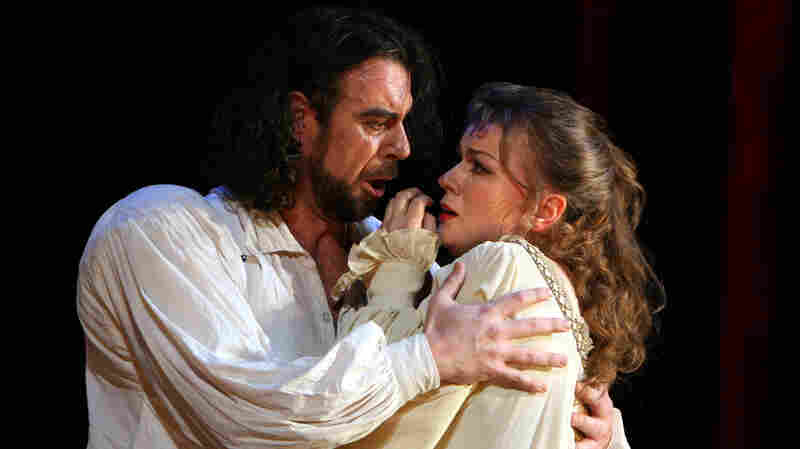 April 23, 2010 • Verdi's tightly wound masterpiece swirls heartfelt sentiment together with appalling violence and genuine tragedy, along with some of the most familiar tunes he ever composed. 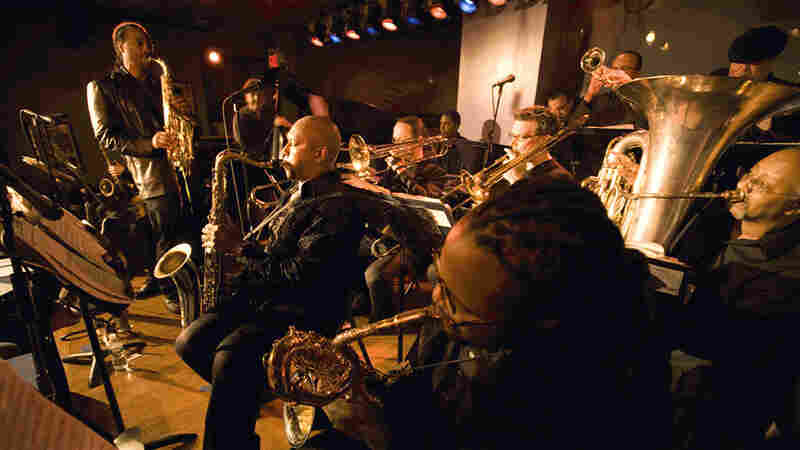 Highlights From The Jazz Standard On JazzSet

April 22, 2010 • One stage, three groups in turn. It's a big, bigger, biggest show with Joanne Brackeen solo, Ron Miles' Quartet and the Mingus Big Band at the Jazz Standard in New York City.

Highlights From The Jazz Standard On JazzSet 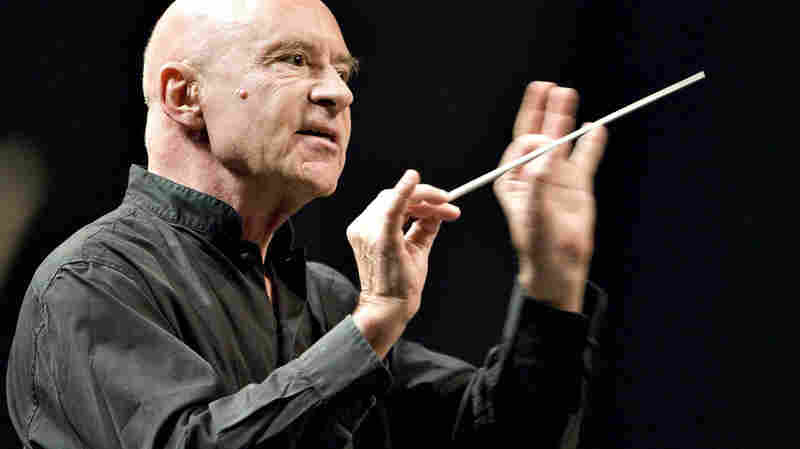 Christoph Eschenbach's life turned around when he was introduced to music. Henning Bagger/Getty hide caption

April 20, 2010 • The dark days of the conductor's troubled childhood brightened when he was exposed to music. Hear Christoph Eschenbach in concert, leading the L.A. Philharmonic in music by Dvorak and Szymanowski.

Kings Go Forth In Concert

April 20, 2010 • Since forming a few years ago in Milwaukee, Wis., the 10-piece group has been thrilling audiences in and around its hometown with a groove-heavy, horn-powered mix of funk and soul. Now, Kings Go Forth is taking that show on the road, with its first-ever tour of the East Coast. Hear Kings Go Forth in a full concert, recorded live from Washington D.C.'s U Street Music Hall.

Kings Go Forth In Concert 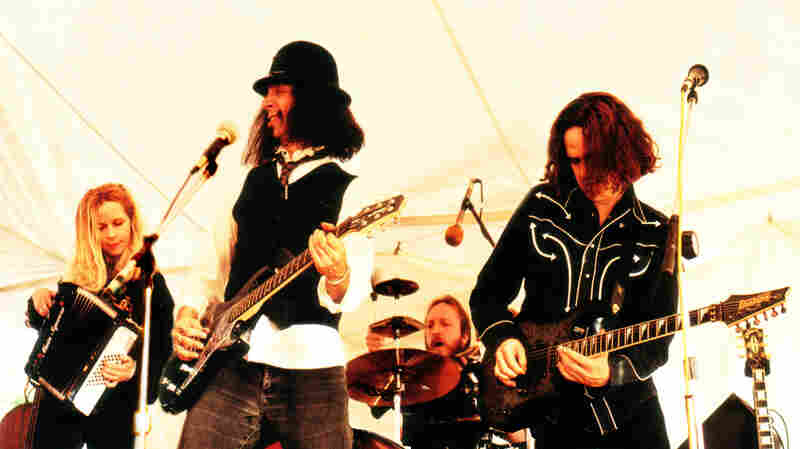 Gandalf Murphy and the Slambovian Circus of Dreams. courtesy of the artist hide caption

Gandalf Murphy And The Slambovian Circus Of Dreams In Concert

April 16, 2010 • What other act can sum up its sound with the four-part descriptor "punk-classical-hillbilly-Floyd"? With a variety of folk elements (not to mention a fair amount of prog-rock) and a stage presence honed in coffee shops and festivals, the quintet has been touring the world for more than a decade. Hear the band perform live in concert from WXPN and The Chameleon Club in Lancaster, Penn.

Gandalf Murphy And The Slambovian Circus Of Dreams In Concert 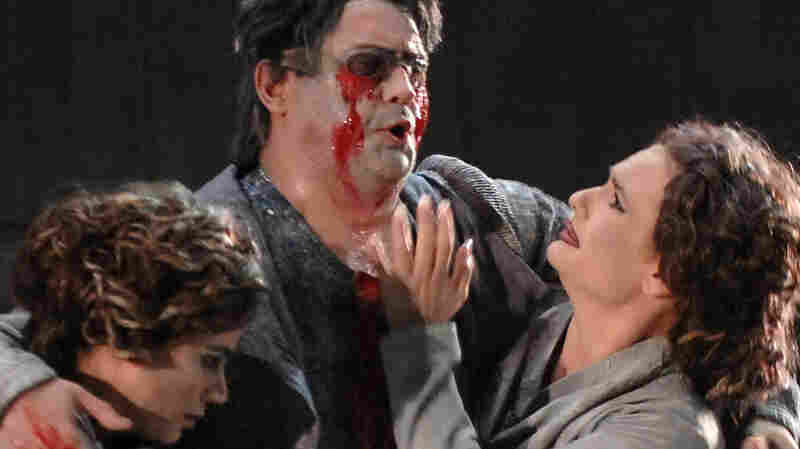 Oedipus (baritone Franck Ferrari) gouges out his eyes after learning that he has unknowingly killed his father and married his mother. Grigore Popescu hide caption

April 16, 2010 • Inspired by Sophocles' Theban Plays, George Enescu was one of the few to narrate the entire life of Oedipus in his Oedipe, an opera that is often hailed as the finest single work ever composed by a Romanian. 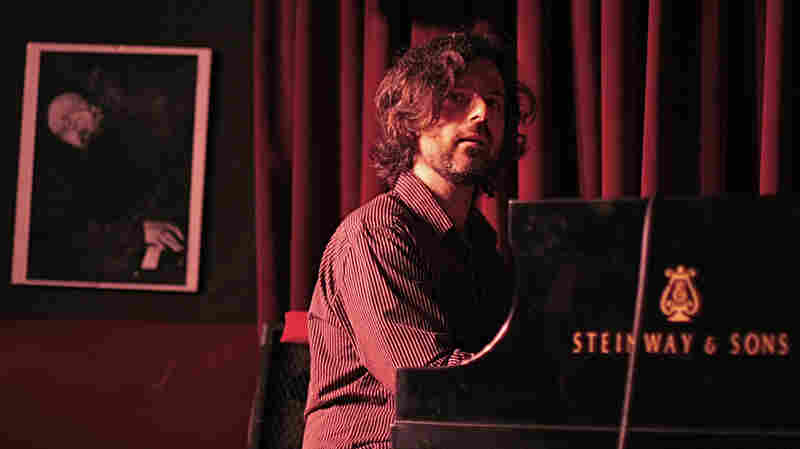 April 14, 2010 • If you'd heard of Sam Yahel before last year, you probably knew him as a Hammond B-3 organist. He performs as an acoustic keyboardist during his debut as a leader at the Vanguard. 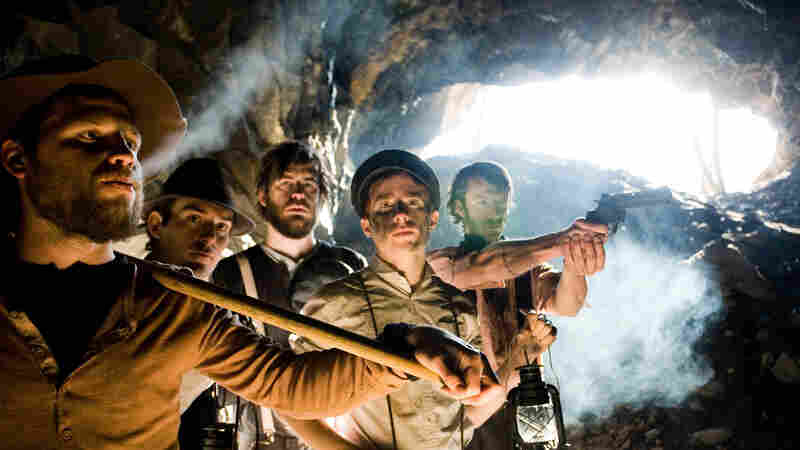 April 9, 2010 • Filtering classic rock and pop through a lo-fi slacker aesthetic that recalls Pavement or Guided by Voices, Philadelphia's Dr. Dog sounds both timeless and immediate. Its new album, Shame, Shame, came out this week, so the group should be in a celebratory mood for this appearance. Hear Dr. Dog perform live in concert from WXPN in Philadelphia. 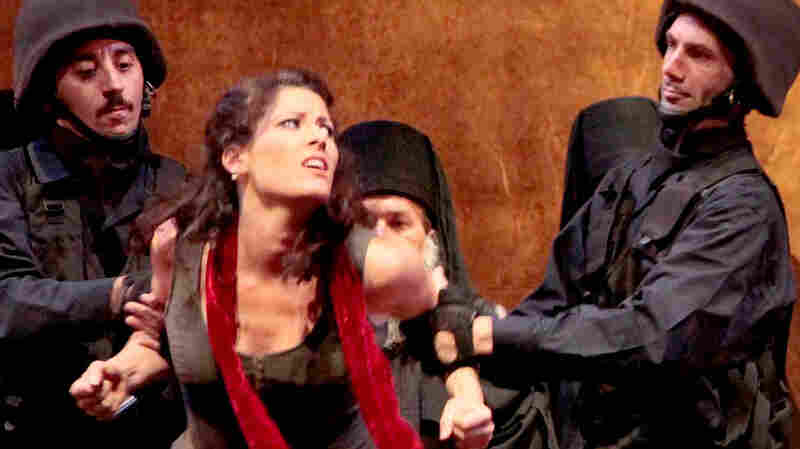 Zelmira (soprano Kate Aldrich) is arrested after being falsely accused of a murder attempt on her husband, Ilo. Studio Amati Bacciardi hide caption

'Zelmira': Revealing The Serious Side Of Rossini

April 9, 2010 • Though often pegged as a composer of comic operas only, many of Rossini's finest achievements can be found in his series of nine serious dramas, the last of which was the dark, pioneering opera Zelmira. 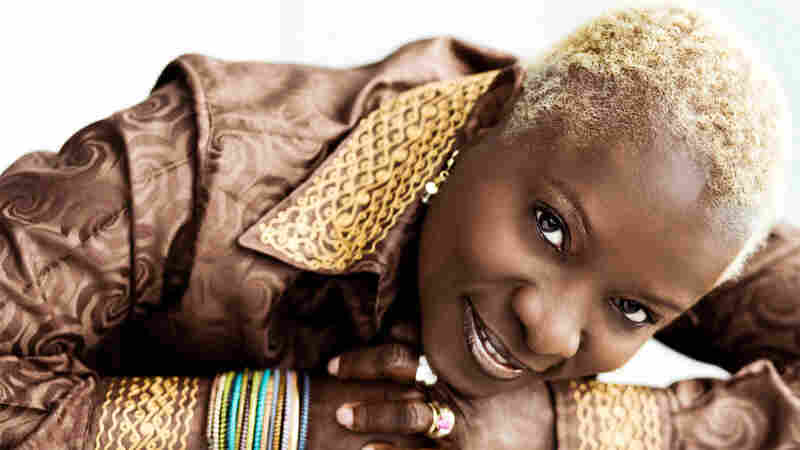 Angelique Kidjo: Dancing Her Way To The Front

April 8, 2010 • Kidjo's music is completely contagious, with rhythms that sound like a complex combination of soul and Brazilian music. At its core, though, her work reflects her West African roots. Hear a complete concert Kidjo recorded for WFUV in New York City.

Angelique Kidjo In Concert On WFUV 2/8/10