May 30, 2008 • Dr. John's funky takes on jazz standards, his original blues, and his unstoppable stage persona (deer antlers and robes figure prominently) have made him a legend well beyond his hometown of New Orleans. Hear a concert by good doctor and his band, The Lower 911.

The Hold Steady in Concert

May 30, 2008 • The increasingly iconic Brooklyn rock band shook up a full house at WXPN in Philadelphia on May 30, performing old favorites and a handful of new tunes from the forthcoming Stay Positive.

The Hold Steady in Concert

May 30, 2008 • The folk-punk hero demonstrated her trademark candor and fearlessness during a May 30 performance at WXPN in Philadelphia. She called the songs she played "happy songs," adding that they're "kind of unexplored territory for me."

May 30, 2008 • Bingham's songs are gritty and dense, reflecting an overall mood of loneliness and hardship, while opener Hayes Carll is a dryly witty 28-year-old whose humble, melodic folk tunes are often infused with humorous anecdotes. Hear both perform a concert from WXPN and World Cafe Live.

May 28, 2008 • In real life, Elizabeth I and Mary Stuart were political rivals. But in the opera house passion plays better than politics, so in Maria Stuarda, the two monarchs are also in love with the same man. In Mary's case, her passion proves deadly.

Royal Opera of Wallonie on World of Opera -- 'Maria Stuarda' 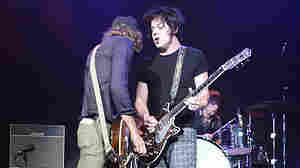 May 27, 2008 • Loud and brash with an arsenal of infectious riffs, hear The Raconteurs in a full concert, recorded live from Washington, D.C.'s 9:30 Club.

May 23, 2008 • All Songs Considered host Bob Boilen shares a remembrance of a band he says changed his life: Urban Verbs. Boilen first heard the group while living in Washington, D.C. in the late '70s, where the band got its start, and helped create a thriving music scene in the nation's capital. Urban Verbs are reuniting for a full concert at the 9:30 Club in Washington, D.C., a club they first played more than a quarter century ago.

May 23, 2008 • With an equal emphasis on rock, jazz, and soul, the New York-based singer draws on a wide range of influences, from Led Zeppelin and The Rolling Stones to Mavis Staples and Etta James. Hear Cotton perform at WXPN and World Cafe Live.

May 23, 2008 • Handel, a German composer, became a superstar in London, England, by writing Italian operas. Ariodante, one of his best, was premiered in 1735 at a then brand new opera house at London's Covent Garden.

May 22, 2008 • Their music might be vastly different, but when folk-rocker Josh Ritter and classical violinist Hilary Hahn share a concert stage, surprising connections develop between the two performers and their audience.

May 22, 2008 • Every February, high-schoolers toting band instruments trek to frosty Ann Arbor to meet and compete. Then, on Saturday night, the pros take the stage. They are the Los Angeles-based Clayton Brothers (John on bass, Jeff on alto), and they bring sunshine to the University of Michigan Jazz Festival. 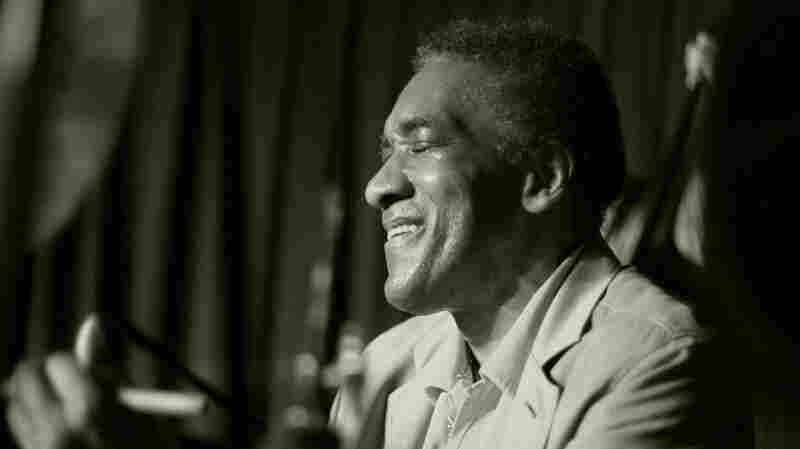 May 21, 2008 • The master drummer, a longtime anchor of Miles Davis' electric experiments, brings his versatile timekeeping and a hard-swinging group to the legendary venue. Hear a live performance.

May 21, 2008 • Singer-songwriter Langhorne Slim brings his country-punk sound to Manhattan. With help from the BPP, he and his band got permission to perform "Honey Pie" live in Bryant Park, one of Midtown's most beloved green spaces.