June 27, 2008 • In the 15 years since releasing its breakthrough debut, the roots-pop band has become one of the most popular rock groups in America. The band plays from and talks about its new album, Saturday Nights & Sunday Mornings.

The Angel Band in Concert

June 27, 2008 • The three dynamic singers in The Angel Band are known for their joyous folk-rock harmonies and boisterous energy. Hear the group perform its gritty, sweet Americana in concert from WXPN and World Cafe Live.

The Angel Band in Concert

June 27, 2008 • Verdi's romantic hit got a tepid reception at its first performance, in 1853, but it's now one of the most popular operas of all time — and has even starred in a couple of Hollywood blockbusters.

June 26, 2008 • Two artists in prime musical condition, in terms of both careers and chops, play outdoors and back to back at the J&R Music Festival in New York. This program is dedicated to Lovano's longtime friend and bandmate, Dennis Irwin, who died earlier this year.

June 26, 2008 • For 35 years, the East Los Angeles band has been mining the intersection of folkloric Latin music and modern rock. Here, Los Lobos' members play original songs about the immigrant experience (and a host of dance jams) live from their hometown.

June 20, 2008 • Twenty-four albums into her career, Grammy- and Oscar-winning singer-songwriter Carly Simon remains a venerable and popular icon. Opener Yael Naim, fresh off a prominent appearance in a commercial, just became the first Israeli-born solo singer to chart in the Top 10. Hear them perform a concert from WXPN and World Cafe Live.

June 20, 2008 • Silver's soulful, Latin-tinged hard bop tunes implanted themselves into the heads of jazz fans everywhere. So bassist Christian McBride drew together many of Silver's former colleagues and a handful of all-star musicians to salute the great pianist.

June 20, 2008 • Camille Saint-Saens lived from the waning years of music's classical era, all the way into the early decades of 20th-century modernism. The tumultuous, romantic opera, Samson and Dalila is one of his many masterpieces.

Jim James Of My Morning Jacket In Concert

June 19, 2008 • Hear the lead singer for My Morning Jacket recorded live, in a solo acoustic performance at St. David's Episcopal Church in Austin, TX. Jim James gave an intimate show for just a few hundred people, a day after his full band played a sold-out show for thousands as part of the South by Southwest festival. Hear acoustic versions of some of My Morning Jacket's best songs, including selections from their new album, Evil Urges.

June 19, 2008 • Nearly 40 years after first forming in Dakar, Senegal, Orchestra Baobab remains one of the world's foremost purveyors of Afro-Cuban pop. The ten-piece group will play songs from its new album, Made in Dakar, in a full concert, webcast live on NPR.org tonight (Jun. 19). The performance from the Birchmere in Alexandria, Va., will begin online at approximately 7:30 p.m. ET.

June 19, 2008 • Whether outdoors in New York with the Preservation Hall Jazz Band or inside Orchestra Hall in Chicago at the Big River Concert, the Crescent City ambassadors keep the city's beat alive. With a banjo player in both camps, this show is divided between traditional and modern music.

June 18, 2008 • Hear Dylan, formerly of The Wallflowers, play a quiet, intimate set. Performing at the NON-COMMvention in Philadelphia on May 31, he showcases more than half of the songs from his first solo album, Seeing Things. 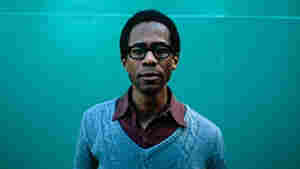 June 18, 2008 • Widely recognized as one of the finest drummers in modern jazz — or in all of popular music, for that matter — Blade leads his celebrated Fellowship Band, fresh off their first recording in years.

June 17, 2008 • Schumann's Piano Concerto was the result of a major rewrite. Paul Chihara did a little reworking of his own on Schumann's Overture, Scherzo and Finale. The Orpheus Chamber Orchestra plays both remodeled pieces at Carnegie Hall.

Ploctones in Concert on JazzSet 2007