August 29, 2008 • Boggia seems like an unlikely rocker: Blind in one eye with failing eyesight in the other, he got his start on the Philly rock scene as a customer-service rep for a local company selling studio equipment. But he's gone on to collaborate with the likes of Aimee Mann and even Bernadette Peters. Hear Boggia perform live in concert from WXPN in Philadelphia.

August 29, 2008 • Benjamin Britten's final, haunting opera Death in Venice (based on Thomas Mann's novella) finds an aging writer obsessed with one particular kind of beauty that leads to his downfall, in a production from Glimmerglass Opera.

August 29, 2008 • For nearly five decades, the powerful and expressive singer has freely traversed the boundaries of blues, R&B, gospel, country and pop. Nelson performs a country-tinged set live with the Mountain Stage band.

August 28, 2008 • Once an itinerant 16-year-old high school dropout, the singer-songwriter wound up in Minneapolis, where he has recorded six full-length albums and started a family. He previews his newest record on Mountain Stage.

August 28, 2008 • Horace Silver is a piano-playing, pencil-packing papa whose songs showcase a family of jazz characters such as "Sister Sadie" and "Senor Blues." His music filled Dee Dee Bridgewater's album Love and Peace: A Tribute to Horace Silver. This concert in his honor comes from the Discoveries at Walt Disney Concert Hall series in Los Angeles. 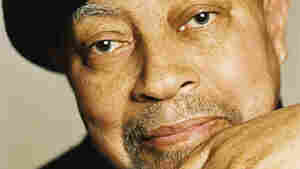 August 27, 2008 • Barron has long been known as one of New York's most talented and tasteful keyboard players. He brings a quartet of young instrumentalists to the Greenwich Village outpost.

August 27, 2008 • The blues and gospel singer made her biggest hits with Sister Rosetta Tharpe more than 60 years ago. Her storied career continues: She recently released her first album in a quarter-century. Hear the New York-based minister perform live.

August 26, 2008 • The remarkable young soul singer grew up in a strict Pentecostal family before discovering a fondness for the classic records of the '60s and '70s. He brings his timeless delivery to a live performance on Mountain Stage.

August 26, 2008 • Louisiana native Brooke Waggoner studied composition and orchestration at LSU before moving to Nashville to advance her career as a performing songwriter. Her quirky sense of song structure and her experimental nature bring to mind the wide range of influences that Mountain Stage host Larry Groce mentions in his introduction: from Chopin to Simon & Garfunkel to Rogers & Hammerstein.

August 26, 2008 • The popular funk band teams up with James Brown's arranger and trombonist in a collaboration between two different generations of groove musicians. Hear them perform a set of originals and classics.

August 22, 2008 • Singer-songwriter Rodney Crowell is often associated with country music, but his songs have a much wider reach, spanning rock, folk, swing and bluegrass. Hear Crowell and opening act Jenny Scheinman perform live in concert from WXPN and World Café Live in Philadelphia.

August 22, 2008 • With a blood-spattered bride and a high-intensity mad scene, Donizetti's early-19th-century hit sets the standard for operatic melodrama. It gets a rare performance in its French version from Glimmerglass Opera, in upstate New York.

August 22, 2008 • When your parents, siblings and aunts carry the names Wainwright and Roche, it's only a matter of time before you catch the performing bug yourself. The youngest songwriter in the family visits Mountain Stage to play a live concert.

August 21, 2008 • The songwriter was a member of the Reeltime Travelers, featured on the soundtrack to the movie Cold Mountain, before setting out to create her own brand of old-time Appalachian music. Here, she performs live on stage.