Evan Dando and The Dears in Concert

September 29, 2006 • A master of warm and colorful power-pop, Evan Dando recently re-formed his celebrated band The Lemonheads to record a new self-titled album. Dando performs a solo set live from WXPN and World Cafe Live, along with an appearance by the Canadian pop-rock band The Dears.

September 22, 2006 • All week long, we've been telling tall tales from the concert hall. Today, we stop by Verizon Hall in Philadelphia to hear about a mishap involving cellist Yo-Yo Ma and a performance of the Beethoven Triple Concerto. And Dame Joan Sutherland talks about her reaction to an unusual concert disruption.

September 22, 2006 • The music of singer-songwriter Mindy Smith appeals to a wide audience while remaining close to her distinct vision. With a ringing endorsement from country icon Dolly Parton — thanks in part to her rendition of Parton's "Jolene" — Smith has built a career on her own terms, without music-industry interference.

September 15, 2006 • For more than 15 years, the Canadian pop-rock band Barenaked Ladies has spread its wry, playful pop sound across North America and beyond, in the process attracting a devoted fan base, releasing seven studio albums, selling out tours and even launching an independent record label.

September 8, 2006 • On the Outside finds Starsailor refreshed after a period out of the limelight, while retaining a depth of emotion that attracted much attention earlier. The band performs live from WXPN and World Cafe Live in Philadelphia, with singer-songwriter Peter Walker.

August 31, 2006 • Maurice Ravel had a habit of rearranging his music from piano to orchestra and back. In that spirit, Michael Stern leads a student orchestra in the finale to "The Fairy Garden"; Viviane Loriaut plays "Laideronnette, Empress of the Pagodas"; and the Paratore Brothers play "Pavane of the Sleeping Beauty" and "Hop-o-My Thumb."

August 25, 2006 • After touring for a year and a half, Lightman opted for an organic sound for her second album, Bird on a Wire. The disc nicely captures her ability to seamlessly mix R&B with rock, and demonstrates how much she's matured and gained confidence since her debut.

The Derek Trucks Band in Concert

August 18, 2006 • With an emphasis on improvisation, The Derek Trucks Band blends jazz, rock, blues and world music into its soulful, energetic songs. Its fifth album, Songlines, is a nicely crafted collection of original compositions and covers, all reflecting the band's diverse approach to worldly jams.

August 11, 2006 • Pete Yorn's new Nightcrawler has him touring relentlessly, as he attempts to build on the success of his hit debut and its follow-up. Opener Matt Duke, 21, is at the beginning of what figures to be an impressive career. Both perform live from WXPN and World Cafe Live in Philadelphia Friday at noon ET.

August 4, 2006 • Three young men who play classical music most of the time needed an outlet for their other musical endeavors, so they formed a trio called Time for Three. Performance Today takes a classical detour with them into a pair of tunes written by bass player Ranaan Myer.

Time for Three in Concert on Performance Today 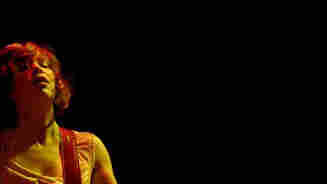 August 3, 2006 • More than a decade after the band first formed, Sleater-Kinney continues to make passionate, punk-inspired rock. The group recently announced plans to go on indefinite hiatus after its current tour.