September 30, 2008 • Singer-songwriter Peter Bradley Adams was once half of the duo Eastmountainsouth, which became known for its hushed harmonies and spacious acoustic songs. Now a solo artist, Adams stopped by Mountain Stage to perform selections from his latest album, Leavetaking.

September 29, 2008 • Amos Lee's soulful folk-pop music, clear voice and grounded lyrical observations bring to mind artists such as Otis Redding and Bill Withers. Lee performed highlights from all three of his albums during a recent appearance on Mountain Stage.

September 29, 2008 • Along with his acting career, Paul Newman made a name for himself as a philanthropist and humanitarian, traits that made him an appropriate choice to narrate Aaron Copland's Lincoln Portrait, in a performance at Carnegie Hall with the St. Louis Symphony Orchestra.

September 28, 2008 • The singer-songwriter talks about leaving her comfort zone on her new record, as well as the effect that keeping her household together has had on her songwriting process. Williams also describes the stories behind her new songs, and tells anecdotes about Joan Baez and her college friend, Stephen Trask.

Asleep At The Wheel On Mountain Stage

September 26, 2008 • No band has done more to keep alive the legend of Texas swing than Asleep at the Wheel. The Austin group originally formed in West Virginia more than three decades ago and returned recently to play on Mountain Stage for the seventh time since 1990.

Listen Now: Asleep At The Wheel On Mountain Stage

September 26, 2008 • A vibrant 30-year-old singer and pianist, Yamagata has evolved quite a bit since her days as a vocalist for the funk band Bumpus. After launching a solo career in 2001, Yamagata found her voice as a smart, powerful chronicler of love's dark underbelly. Hear Yamagata perform live in concert from WXPN and World Café Live in Philadelphia.

The Subdudes On Mountain Stage

September 25, 2008 • Making its fifth appearance on Mountain Stage is the New Orleans band The Subdudes, playing music from 2007's Street Symphony. Founded in 1987, the band draws from Louisiana's melting pot to create a rootsy, harmony-soaked sound.

September 25, 2008 • The phenomenal Bireli Lagrene can play anything, but his music extends a vital French tradition. The French guitarist has celebrated the hot club jazz of Django Reinhardt ever since the release of his first CD at age 13. Here, Lagrene performs with the Lausanne Big Band at a concert recorded in Switzerland.

September 23, 2008 • With a catalog that includes children's songs, television themes, audiobook compositions and chart-topping hit singles, perhaps no band in pop music has worked in as many media as They Might Be Giants, whose members recently stopped by Mountain Stage to perform.

September 22, 2008 • In 2006, Spektor's critically acclaimed album Begin to Hope helped cement her place as a pop phenomenon. Its success was buoyed by the hit "Fidelity," which is one of several songs Spektor performs on Mountain Stage.

September 19, 2008 • The Irish pop-rock band Bell X1 has taken a circuitous path to worldwide success: After years of fame in Ireland, the band finally has a U.S. label deal and a growing following here. Hear the group perform live in concert from WXPN and World Café Live in Philadelphia.

September 19, 2008 • LaFave was born in Texas but later moved to Oklahoma, where he finished high school and started the first incarnation of his band, Night Tribe. Though he eventually moved back to Texas, LaFave's ties to Oklahoma's musical tradition remain strong, as heard on Mountain Stage.

A Love To Die For: Massenet's 'Werther'

September 19, 2008 • Massenet's Werther is thrilling, tuneful and one of the saddest operas ever composed, ending with a suicide on Christmas Eve. Tenor Giuseppe Filianoti stars in the title role, in performance from Genoa's Teatro Carlo Felice. 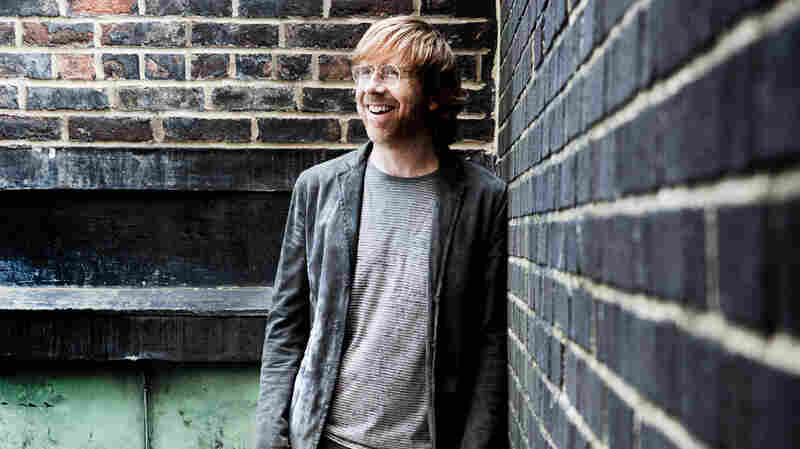 Rene Huemer/Courtesy of the artist

September 18, 2008 • At the Newport Folk Festival, former Phish guitarist Trey Anastasio took the "folk challenge" and went completely solo for one of the first times in his career.