Accessibility links
Arizona Is 1st State For GOP's Electoral College Challenge : Insurrection At The Capitol: Live Updates Arizona is the first of what is expected to be at least three challenges by GOP lawmakers attempting to overturn the results of the presidential election. 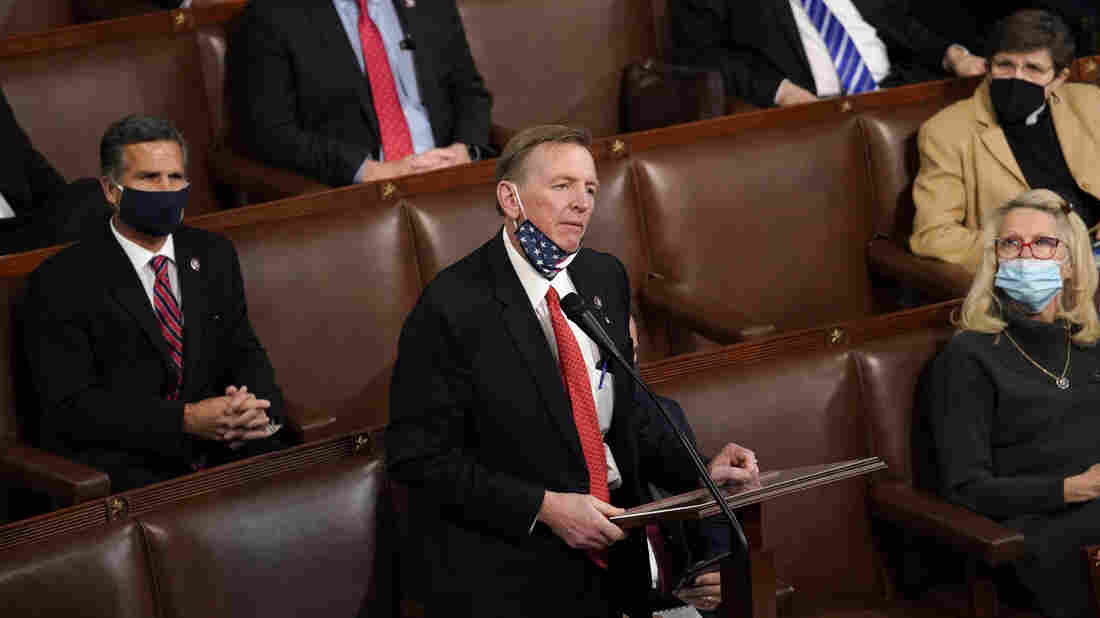 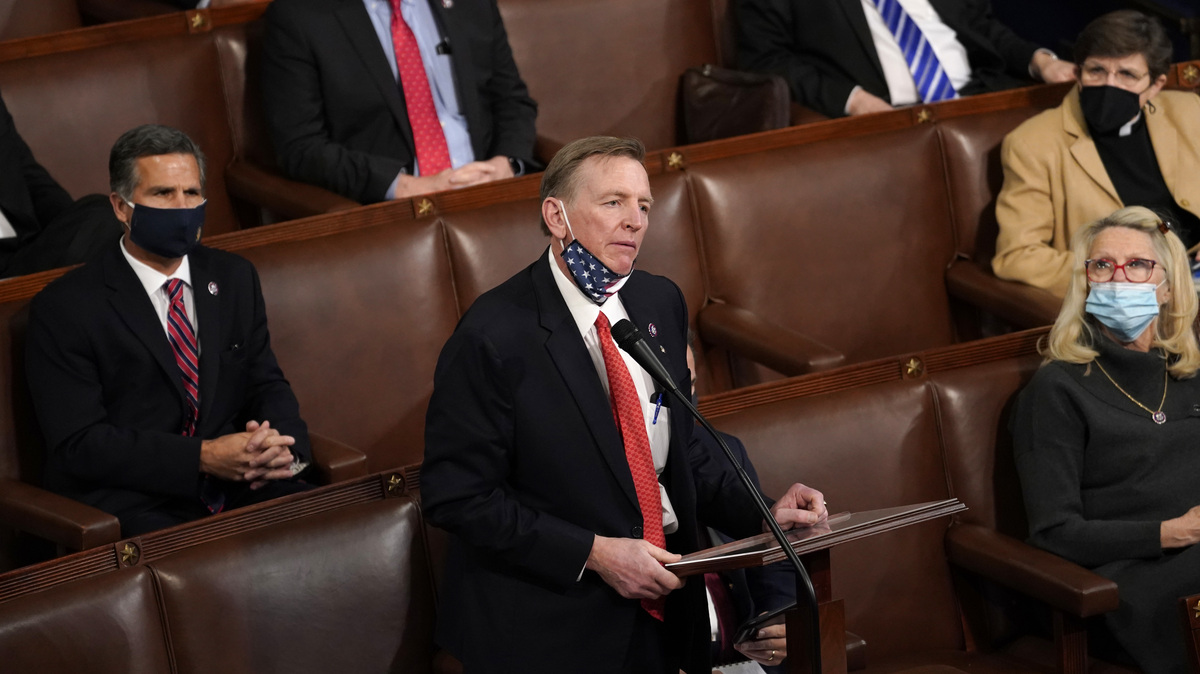 Republicans seeking to overturn President-elect Joe Biden's win in the November election have moved to challenge the results from Arizona, as Congress begins the usually pro forma process of counting each state's electors.

The Arizona challenge is being led by Sen. Ted Cruz, R-Texas, who is seen as a likely presidential candidate in the 2024 election, and Rep. Paul Gosar, R-Ariz.

Dozens of Republican lawmakers broke out in applause when Gosar announced the objection.

Eight GOP senators and more than 50 Republican representatives signed on to Gosar and Cruz's objection.

Biden defeated President Trump in Arizona, winning the state and its 11 electoral votes by the narrowest margin in the country, 10,457 votes. Biden became the first Democratic nominee to win the state since President Bill Clinton in 1996.

Arizona GOP officials claimed Biden's win was the result of "massive election fraud," but a federal judge in the state threw out an attempt to overturn the results.

FACT CHECK: What Pence And Congress Can And Can't Do About The Election

Cruz says he is challenging the outcome in Arizona not to overturn it but to push for a commission to investigate electoral fraud.

The challenge to Arizona's electors is expected to be the first of at least three such challenges to state certifications during a joint congressional session.

The House and Senate will each debate the Arizona challenge for up to two hours. It would require a majority in both chambers to uphold the challenge, which is all but certain to fail, given that Democrats hold the majority in the House and that most Republicans are expected to join Democrats in the Senate in opposition.