Accessibility links
McConnell Condemns Republican Objections To Electoral College Results : Insurrection At The Capitol: Live Updates "Our democracy would enter a death spiral," Mitch McConnell said of a scenario in which Congress might overturn election results. 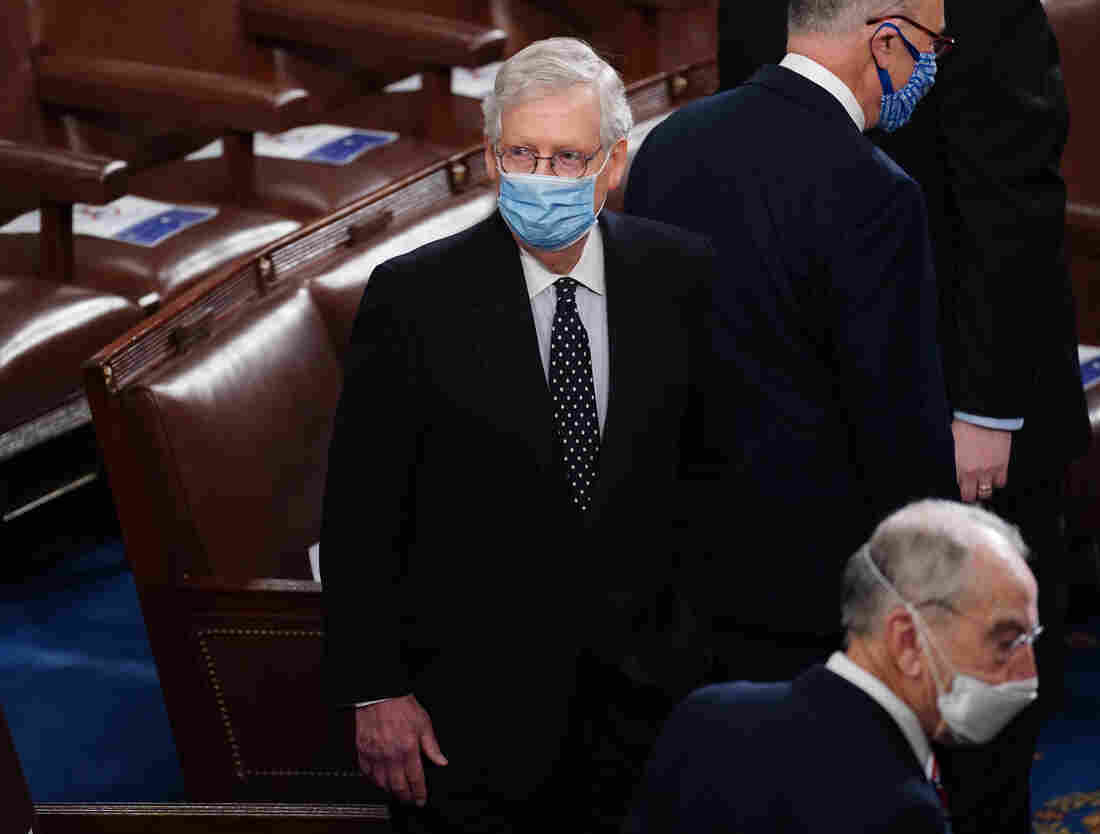 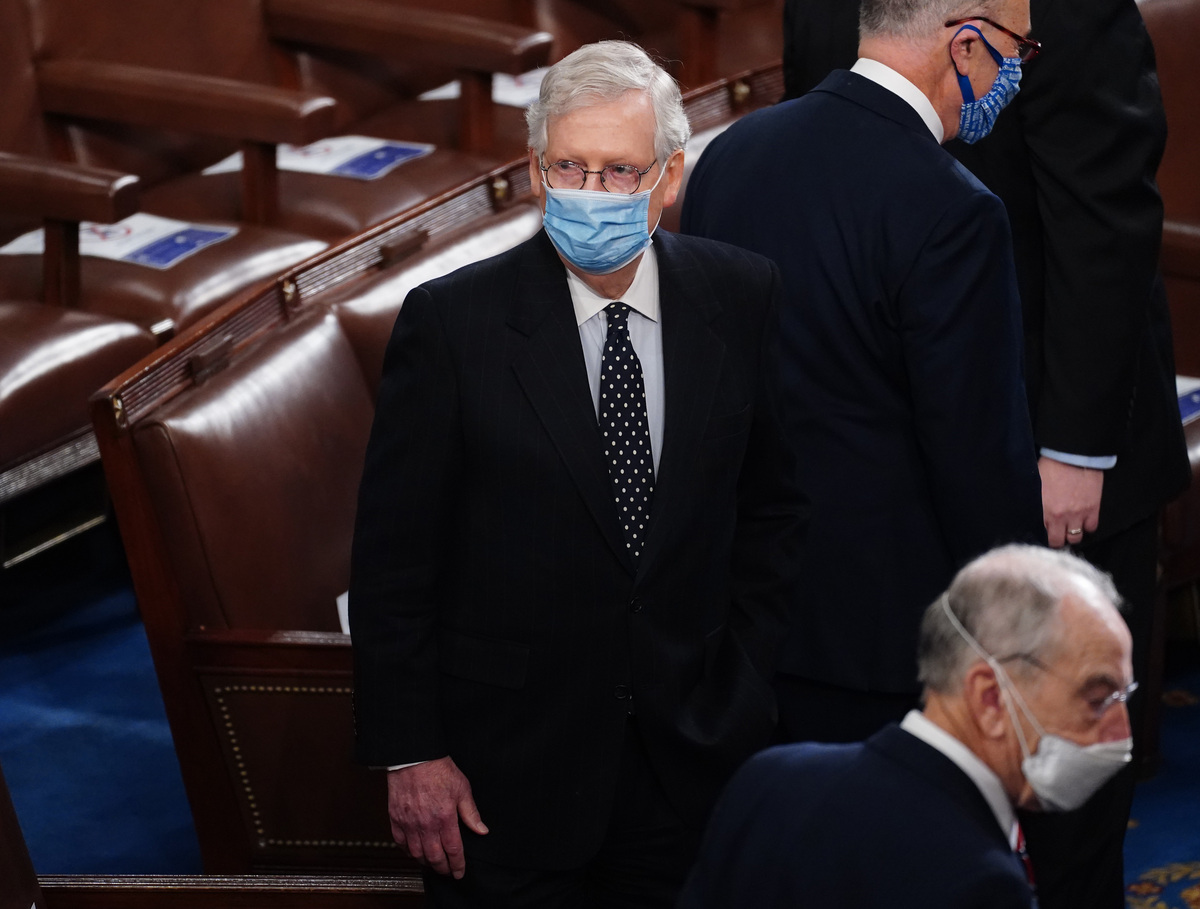 Senate Majority Leader Mitch McConnell, R-Ky., delivered blistering remarks Wednesday afternoon against President Trump and his Republican colleagues who are objecting to the Electoral College results, saying of Congress: "We cannot simply declare ourselves a national board of elections on steroids."

"We'll either hasten down a poisonous path where only the winners of an election actually accept the results or show we can still muster the patriotic courage that our forebears showed, not only in victory, but in defeat," he said.

His comments began debate in the Senate following an objection challenging the electoral results in Arizona, a state Trump narrowly lost, and the first of several GOP objections anticipated Wednesday.

"If this election were overturned by mere allegations from the losing side, our democracy would enter a death spiral," McConnell said.

McConnell, a staunchly partisan figure who has largely stood by Trump during his term, lambasted the president and his allies for undertaking an effort to reverse the results, a move that he said would "damage our republic forever."

"We cannot keep drifting apart into two separate tribes with a separate set of facts and separate realities," he said.

Trump and his allies have argued there was widespread election fraud in November's election. But election officials, as well as Trump's attorney general at the time of the election, William Barr, have said there is no evidence of widespread fraud in this year's election.

McConnell said he supported Trump's right to use the legal system after the Nov. 3 election.

"Dozens of lawsuits received hearings and courtrooms all across our country. But over and over, the courts rejected these claims, including all star judges that the president himself had nominated," he said. "Nothing before us proves illegality anywhere near the massive scale ... that would have tipped the entire election. Nor can public doubt alone justify a radical break, when the doubt itself was incited without any evidence."

McConnell argued there was a double standard in the media coverage of past efforts by Democrats to challenge election results.

Senate Minority Leader Chuck Schumer, D-N.Y., spoke after McConnell, noting that his colleague has tried to tamp down the "insurrection" from Trump's Republican allies but warning the damage was already done and that an element of the Republican Party is trying to rely on an "attempted coup."