Accessibility links
Trump Downplays Insurrection But Tells Supporters To 'Go Home' : Capitol Insurrection Updates In his first remarks since the start of the insurrection, President Trump said of the extremists who stormed the Capitol, "You're very special." 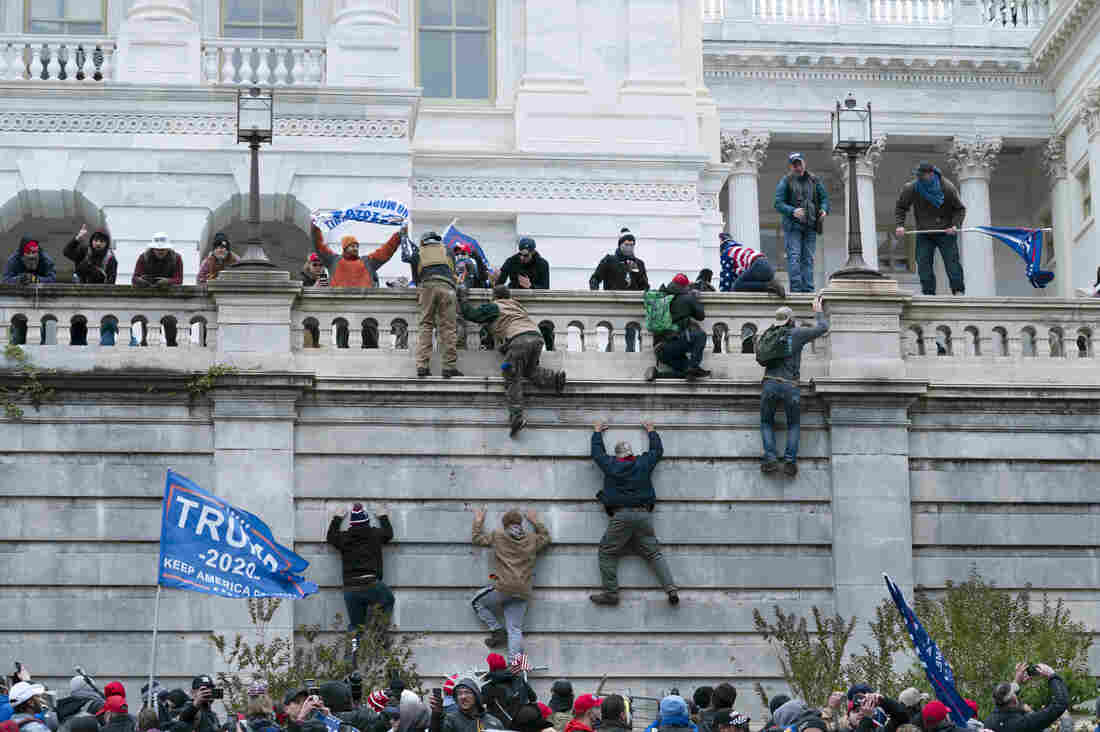 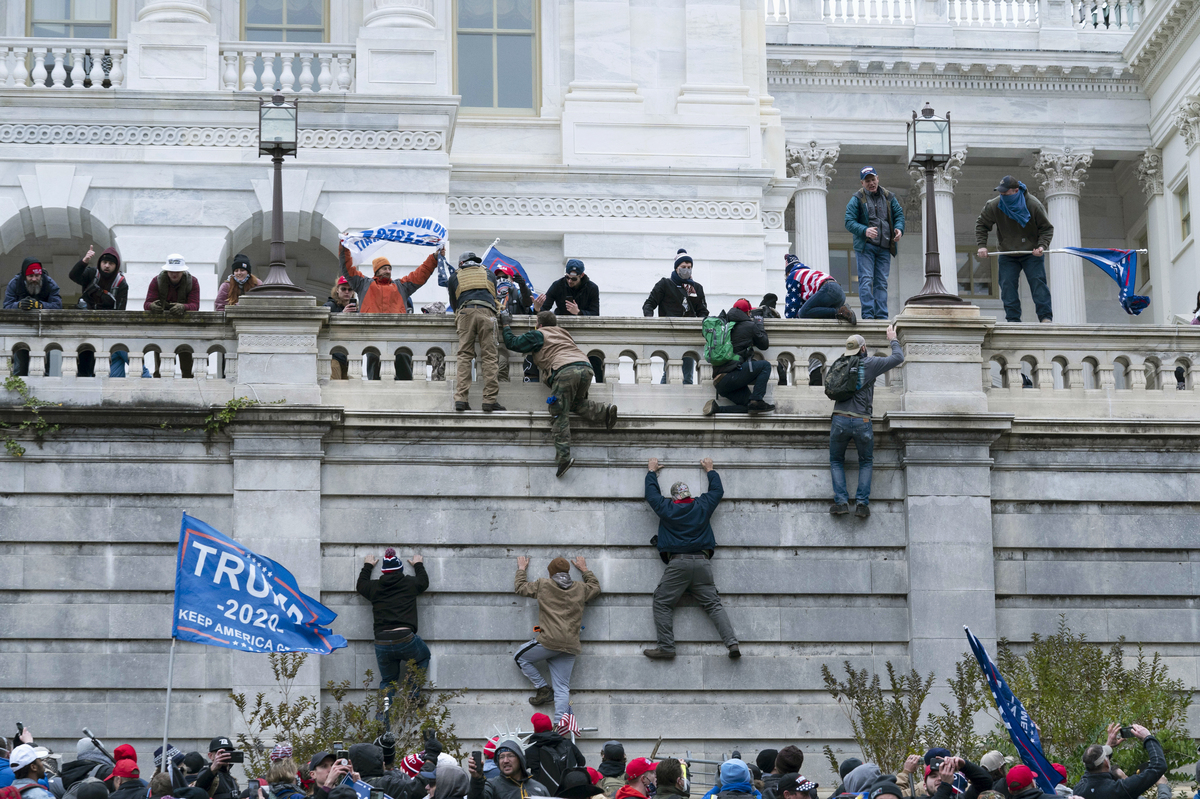 Supporters of President Trump climb the west wall of the U.S. Capitol on Wednesday.

After a mob of his supporters stormed the U.S. Capitol, President Trump downplayed the violence of the day and repeated his fraudulent claim that the election was stolen, but he also urged them to "go home."

In a Wednesday evening tweet, Trump wrote: "These are the things and events that happen when a sacred landslide election victory is so unceremoniously & viciously stripped away from great patriots who have been badly & unfairly treated for so long."

"Go home with love & in peace. Remember this day forever!" he added.

And in a short video earlier posted to social media Wednesday afternoon, Trump sympathized with protesters, saying "I know your pain. I know your hurt.

"We had an election that was stolen from us," he said, repeating debunked claims that election fraud had ruined his fictitious "landslide election."

One person, however, died after suffering a gunshot wound at the Capitol amid the violent occupation.

"This was a fraudulent election," Trump claimed baselessly again, "but we can't play into the hands of these people. So go home. We love you. You're very special."

Twitter took the extraordinary step of requiring the removal of three of Trump's tweets, which will be followed by locking Trump's account for 12 hours. Twitter said the tweets were "severe violations of our Civil Integrity policy."

Facebook also took a strong stance, removing the video. "We removed it because on balance we believe it contributes to rather than diminishes the risk of ongoing violence," Facebook executive Guy Rosen tweeted.

Earlier Wednesday, in a speech from the Ellipse outside the White House, Trump urged his backers to march to the Capitol, saying he would go with them, but instead he returned to the White House as the insurrection unfolded.