'Will Not Be Intimidated': After Insurrection, Congress Blocks State Objections

'Will Not Be Intimidated': After Insurrection, Congress Blocks State Objections 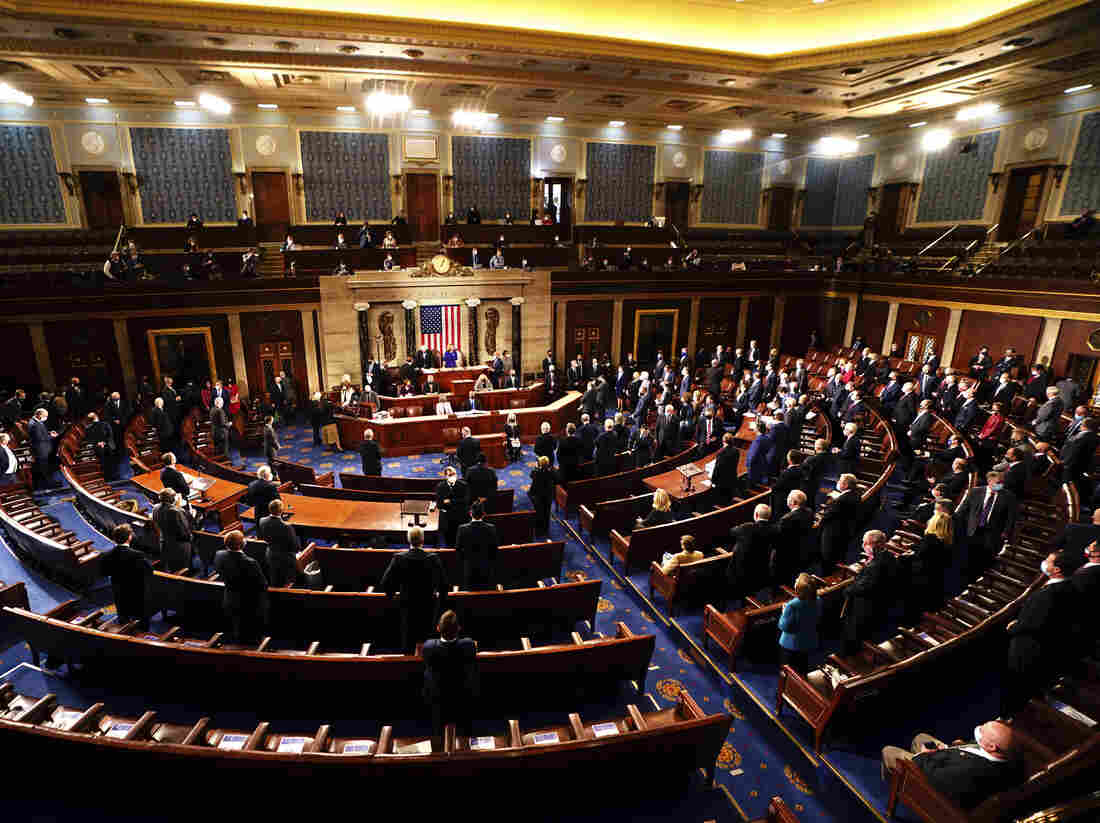 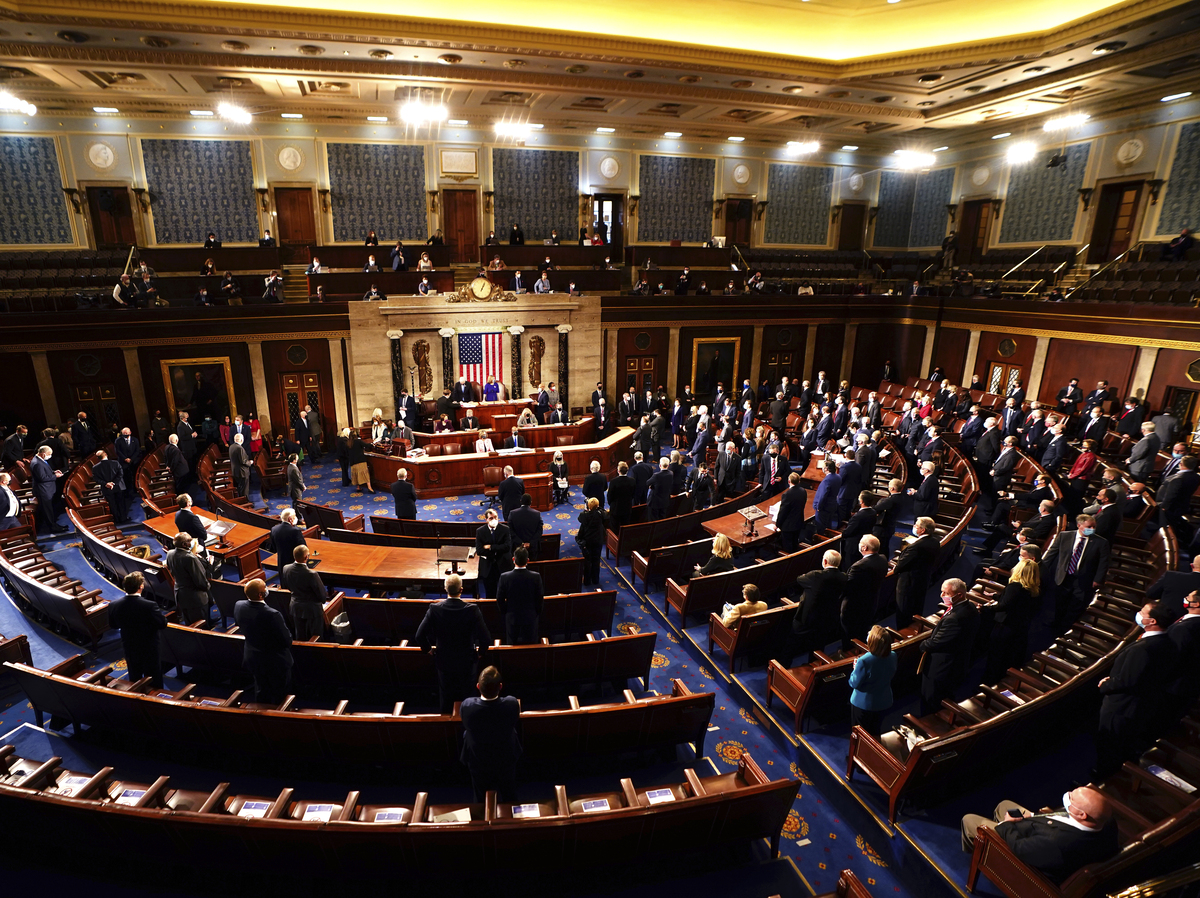 Speaker of the House Nancy Pelosi, D-Calif., and Vice President Mike Pence officiated as a joint session of the House and Senate worked to confirm the Electoral College votes cast in November's election.

The votes came after Congress reconvened hours after violent insurrectionists stormed the Capitol, forcing party leadership to evacuate the scene while rioters overtook the complex.

"The United States Senate will not be intimidated," Senate Majority Leader Mitch McConnell said as he returned to the Senate floor earlier in the evening. "We will not be kept out of this chamber by thugs, mobs or threats. We will not bow to lawlessness or intimidation. We are back at our posts. We will discharge our duty under the Constitution and for our nation. And we're going to do it tonight."

Speaker of the House Nancy Pelosi called the violent uprising an "assault" on democracy and vowed to carry forward with the work of certifying Biden's election win.

"We know that we're in difficult times but little could we have imagined the assault that was on our democracy today. To those who strove deter us from our responsibility, you have failed."

The Senate overwhelmingly voted to reject the Arizona objection, with only six members, all Republicans, voting "yea" on the measure.

In the House, however, opposition to certifying Biden's win remained high. Though it was ultimately rejected, 121 representatives voted in favor of maintaining the objection.

The joint session then took the tally back up, only to break again over objections to Pennsylvania.

The Senate quickly voted to dismiss the Pennsylvania objection, which was filed by a group of House Republicans and Missouri Republican Sen. Josh Hawley. The vote was 92-7. The House followed after debate, with a vote of 138 for and 282 against.

Both chambers of Congress had recessed earlier Wednesday, shortly after 2 p.m. when far-right supporters of President Trump heeded his call to go to the Capitol and eventually breached the building. At the time, lawmakers were debating an objection to Arizona's election results when the complex was put on lockdown. 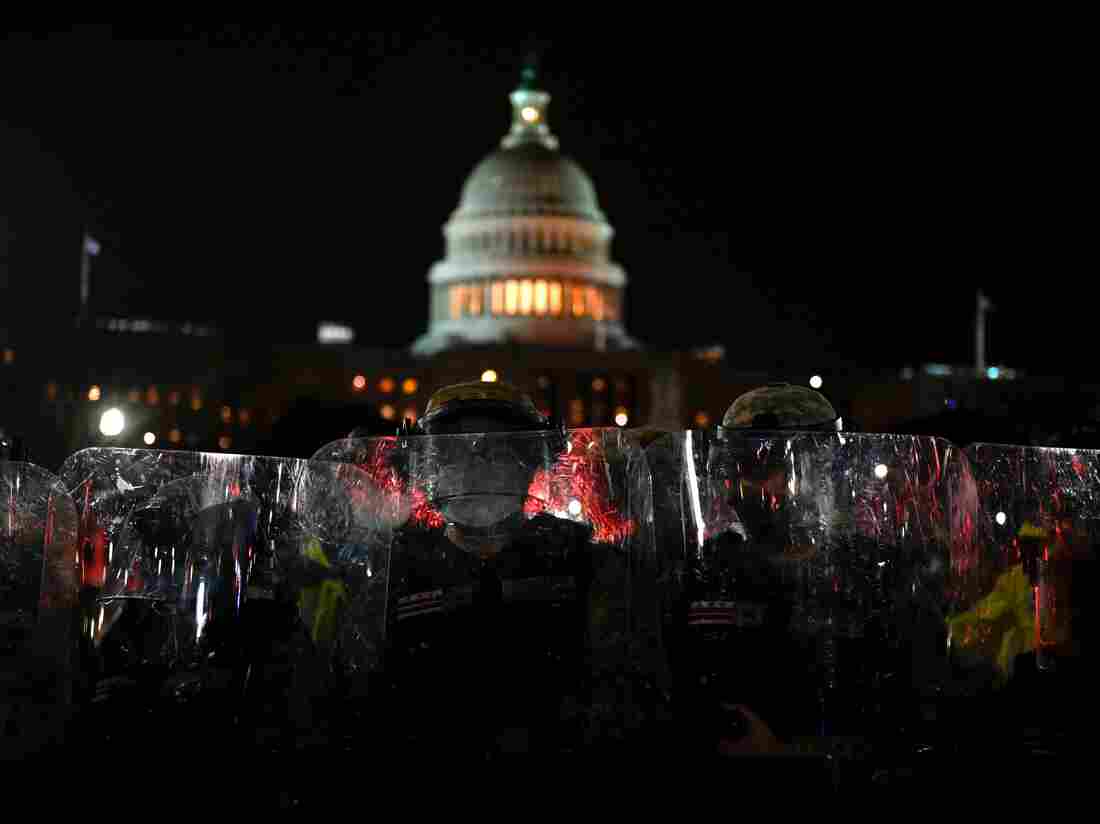 Members of the D.C. National Guard are deployed outside of the U.S. Capitol on Wednesday evening. Supporters of President Trump stormed a session of Congress earlier Wednesday. Andrew Caballero-Reynolds/AFP via Getty Images hide caption 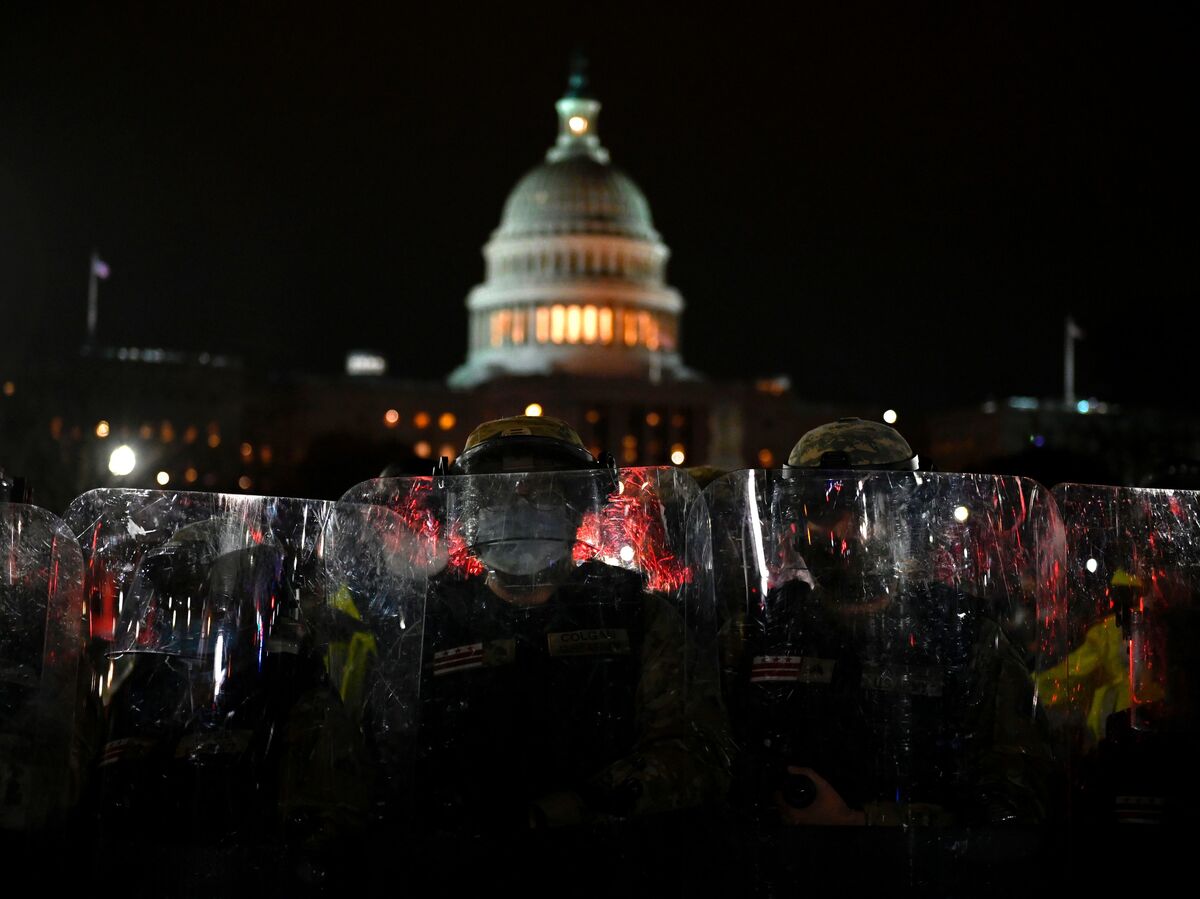 Members of the D.C. National Guard are deployed outside of the U.S. Capitol on Wednesday evening. Supporters of President Trump stormed a session of Congress earlier Wednesday.

As rioters — waving Trump, Confederate and Nazi flags — stormed the building and vandalized property, the scene devolved into unprecedented chaos. One person was shot and killed during the commotion.

The extremists' presence cut short debate on whether to certify Biden's election win in the state of Arizona and likely objections from other states. Biden won overwhelmingly in the popular and electoral vote. But a number of Republicans had moved to object to the certification process. Several have since backed off their pledges to object, including Sens. Kelly Loeffler, James Lankford and Steve Daines.

"The events that have transpired today have forced me to reconsider," Loeffler said, "and I cannot now in good conscious object to the certification of these electors."

House Speaker Nancy Pelosi said in a Wednesday evening letter to Congress she had consulted with fellow Democrats as well as the Pentagon, Justice Department and Pence, and that the two chambers would reconvene "tonight at the Capitol once it is cleared for use."

She wrote: "Today, a shameful assault was made on our democracy. It was anointed at the highest level of government. It cannot, however, deter us from our responsibility to validate the election of Joe Biden."

"To that end, in consultation with Leader [Steny] Hoyer and Whip [James] Clyburn and after calls to the Pentagon, the Justice Department and the Vice President, we have decided we should proceed tonight at the Capitol once it is cleared for use. Leader Hoyer will be sending out more guidance later today."

"We always knew this responsibility would take us into the night. The night may still be long but we are hopeful for a shorter agenda, but our purpose will be accomplished."

Sen. Rand Paul, a Republican, said that while he expected a brief debate to continue regarding Arizona's election results, he did not foresee any additional objections following the day's pandemonium.

He said he expected 30 or 40 minutes of debate and one vote. "That's my prediction," Paul said, "I just don't think there's going to be another objection, I think it's over at that point."

Paul had previously tweeted out that he opposed raising any challenges to the electoral votes.

Rep. Cathy McMorris Rodgers, a former top House GOP leader and top Republican on the Energy and Commerce Committee, released a statement saying she will no longer object to the Electoral College results.

"What happened today and continues to unfold in the nation's capital is disgraceful and un-American. Thugs assaulted Capitol Police Officers, breached and defaced our Capitol Building, put people's lives in danger, and disregarded the values we hold dear as Americans. To anyone involved, shame on you," McMorris Rodgers said.

"We must have a peaceful transfer of power. The only reason for my objection was to give voice to the concern that governors and courts unilaterally changed election procedures without the will of the people and outside of the legislative process. I have been consistent in my belief that Americans should utilize the Constitutional tools and legal processes available to seek answers to their questions about the 2020 election. What we have seen today is unlawful and unacceptable. I have decided I will vote to uphold the Electoral College results and I encourage Donald Trump to condemn and put an end to this madness."