Accessibility links
U.S. Navy Hospital Ships To Deploy To New York, West Coast : Coronavirus Updates The pair of ships, the USNS Comfort and the USNS Mercy, will help local medical workers grapple with an influx of patients. But it remains unclear precisely when they will be ready to go. 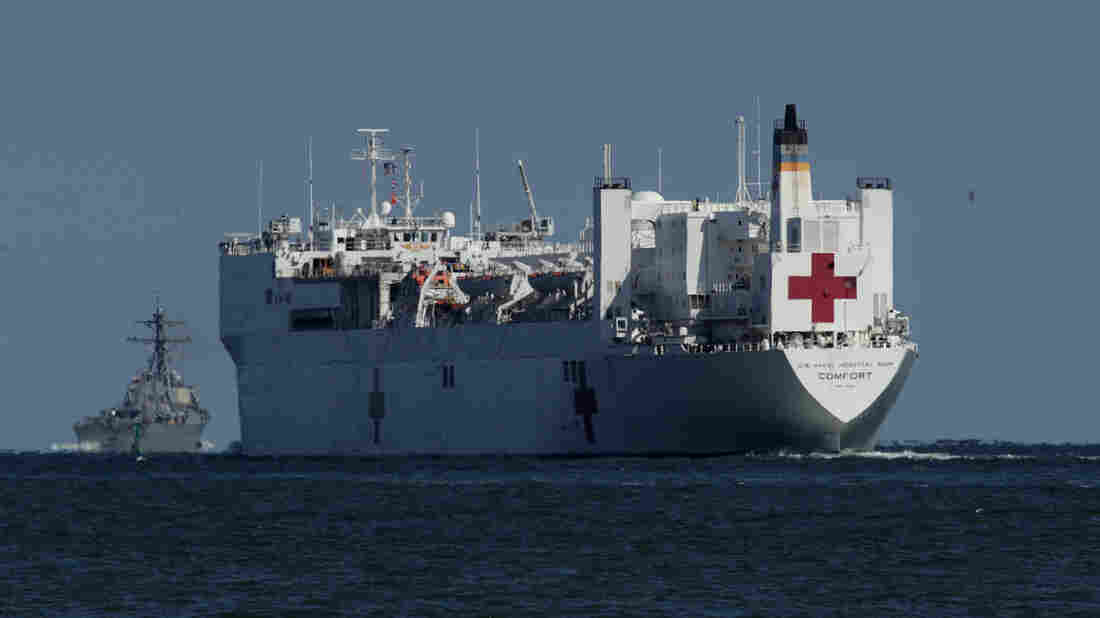 USNS Comfort, seen in 2017, is one of two U.S. Navy hospital ships — along with the USNS Mercy — that are preparing to deploy to assist medical workers expecting to grapple with an influx of patients in the weeks to come. Alex Wong/Getty Images hide caption 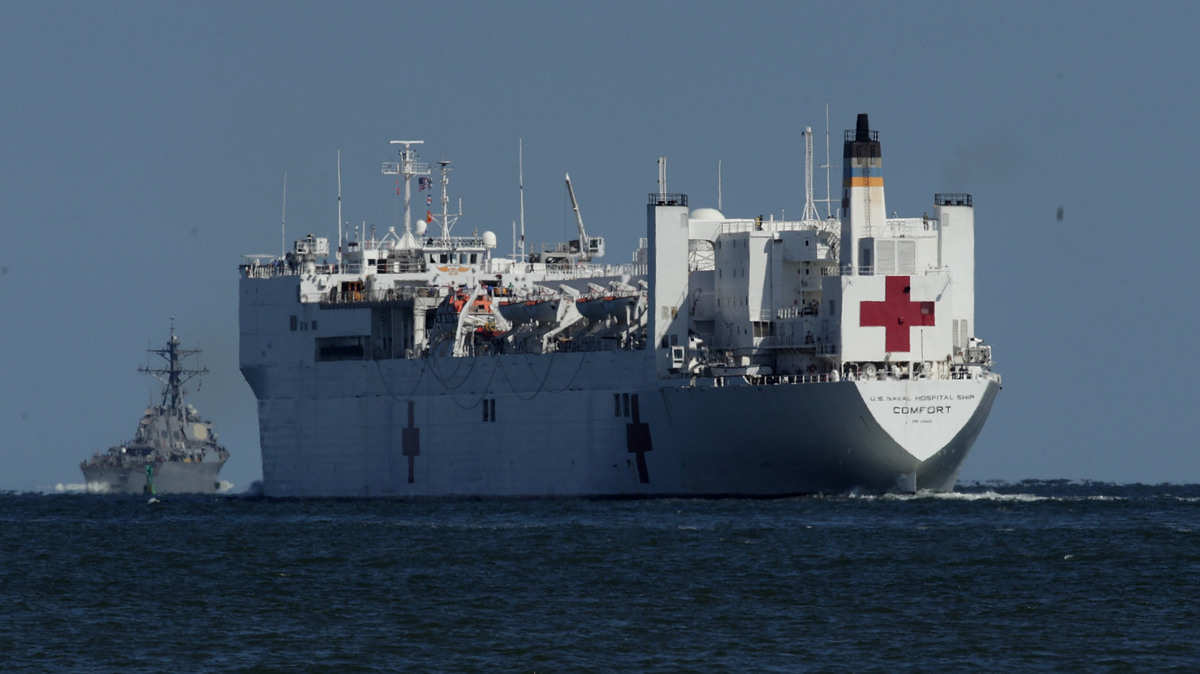 USNS Comfort, seen in 2017, is one of two U.S. Navy hospital ships — along with the USNS Mercy — that are preparing to deploy to assist medical workers expecting to grapple with an influx of patients in the weeks to come.

A pair of U.S. Navy hospital ships will be deployed to New York and on the West Coast, where medical workers are anxiously expecting a major influx of patients as the coronavirus spreads.

President Trump announced the plans for deployment during a news conference Wednesday, and New York Gov. Andrew Cuomo confirmed that he expects one of those ships — the USNS Comfort — to take up a position in New York Harbor, adjacent to New York City.

The USNS Mercy, meanwhile, is based on the West Coast and expected to deploy to coastal regions on that side of the country.

The Comfort "has about 1,000 rooms on it. It has operating rooms," Cuomo told reporters at a news conference Wednesday.

He said the ship's presence will help take pressure off facilities and staff in New York state, which is expecting to need more than 50,000 new hospital beds and more than 30,000 new intensive care units as the coronavirus spreads. New York has reported more than 2,300 confirmed cases across the state and expects that number to spike significantly in the coming days.

"It's an extraordinary step, obviously," he added, referring to the Comfort's expected deployment. "It's literally a floating hospital, which will add capacity."

A U.S. defense official, who was not authorized to speak on the matter, told NPR's Tom Bowman that the Mercy will need several days to deploy, while the Comfort — based in Norfolk, Va. — could take weeks to prepare for its assignment.

"Both ships are currently working to complete scheduled maintenance cycles and identify necessary medical staffing to deploy as soon as possible," the official said.

"The Comfort and Mercy will not deploy to treat COVID patients, but will be made available to assist with treatment of other patients in coastal locations where local health professionals are necessarily focused on a large number of COVID cases."