Accessibility links
Milestone For China: No New Domestic Coronavirus Cases : Coronavirus Updates The milestone for a country that saw 14,000 new cases in a single day last month was tempered by the new cases imported from abroad — 34 in mainland China and another 25 in Hong Kong. 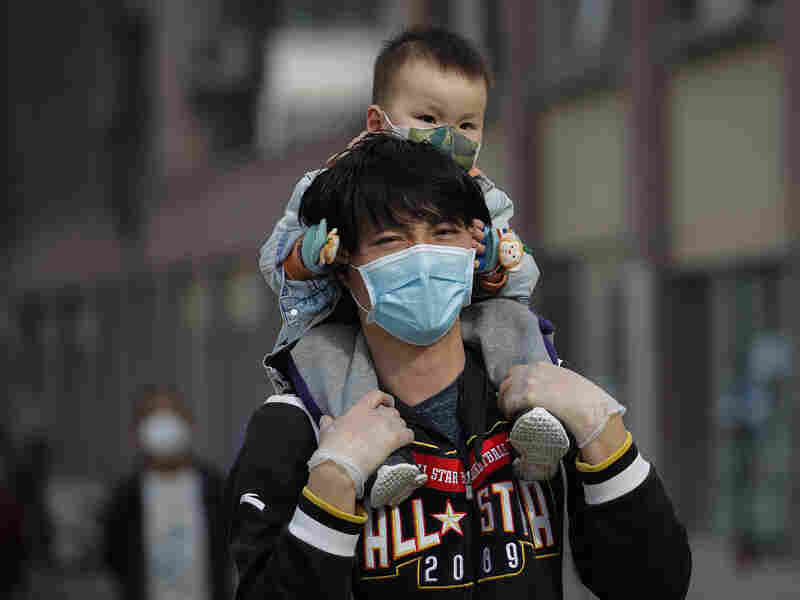 A man carries a toddler on his shoulders on a street in Beijing on Wednesday. While China said it had no new domestic coronavirus cases on Thursday, it reported that dozens more had arrived from abroad. Andy Wong/AP hide caption 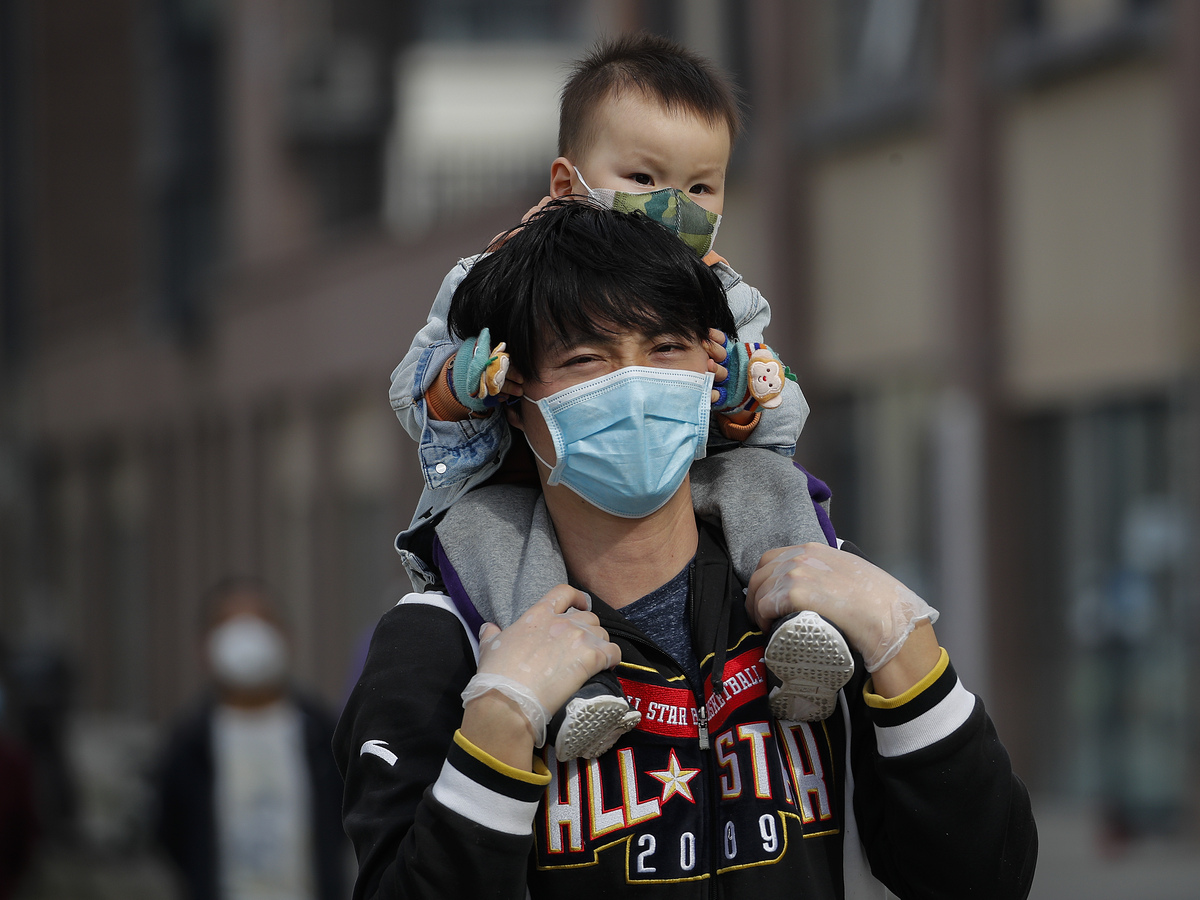 A man carries a toddler on his shoulders on a street in Beijing on Wednesday. While China said it had no new domestic coronavirus cases on Thursday, it reported that dozens more had arrived from abroad.

China, the country on the frontlines of the novel coronavirus pandemic that has infected 81,000 people there, marked a milestone on Thursday: for the first time since December, it has no new domestic cases to report.

The new cases highlight the need for the government to consolidate its hard-won progress against the virus by screening out infections from beyond its borders.

Thursday marked the fifth consecutive day that China reported more cases from abroad than those due to local transmission of the virus.

The commission said new deaths from COVID-19, the coronavirus disease, had fallen to just eight, bringing the toll since December to 3,245. It said in all, there had been 80,928 coronavirus cases, with 70,420 people having recovered.

In Hubei province, which was the epicenter of the initial outbreak that quickly spread to the rest of China and then went global, there were zero new cases, either domestic or from abroad, the commission said.

On Wednesday, a day on which health officials reported only a single new case of the virus, Zhong Nanshan, a leading Chinese epidemiologist, recommended his country's aggressive measures in battling the epidemic to other countries now facing the same crisis.

"I think many countries should take measures [based on] the intervention mechanism invented in China. Upstream control is an ancient way but effective," Zhong said, in a translation for the Hong Kong-based South China Morning Post. "The core points are the 'four earlys,': early prevention, early detection, early diagnosis, and early quarantine."

An editorial that appeared Thursday in the state-owned China Daily newspaper advocated "strict vigilance" against a re-seeding of the virus from abroad.

"[A] single spark can start a prairie fire," it said. The new cases from outside the country highlight "the risks that loom at the gate."

Earlier this week, Hong Kong Chief Executive Carrie Lam warned that without a redoubling of efforts against the disease, the territory risked a new wave of infections. "If we do not impose tougher measures at this stage, our previous efforts to prevent the disease from spreading throughout these two months could be completely wasted," she said.