Accessibility links
Coronavirus Whistleblower's Family Gets Apology From China Weeks After He Died : Coronavirus Live Updates Li Wenliang's warnings about the virus initially got him reprimanded by authorities in Wuhan. Now, six weeks after he died of COVID-19, Chinese investigators say they should have acted differently. 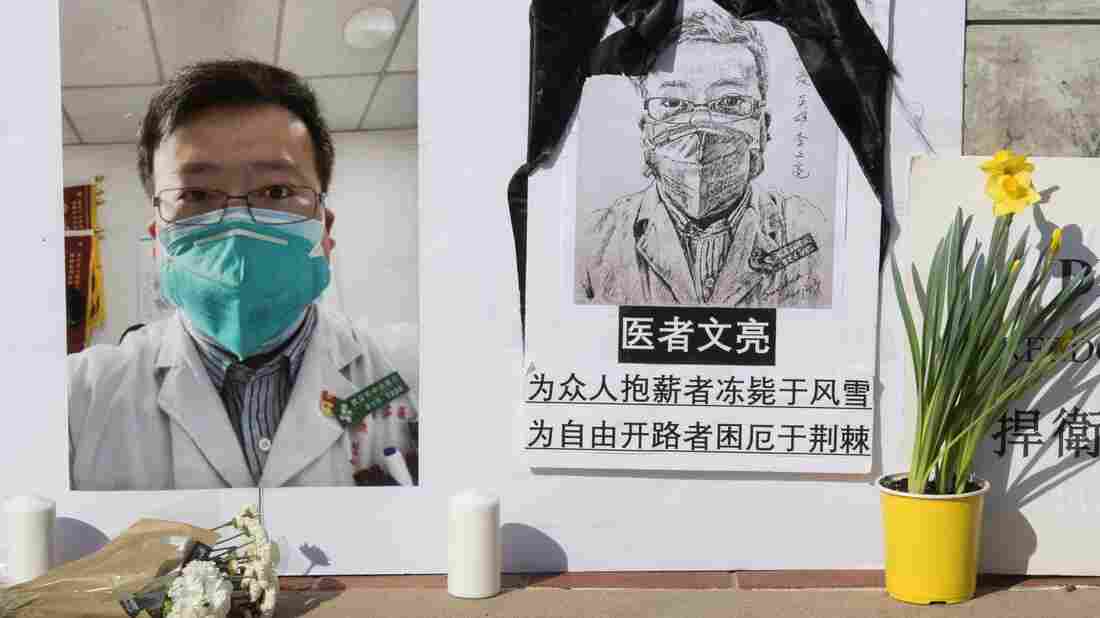 A memorial for whistleblower Li Wenliang sits on UCLA's campus in Southern California last month. Chinese authorities are now apologizing for the reprimand that the doctor received after warning of the coronavirus. Mark Ralston/AFP via Getty Images hide caption 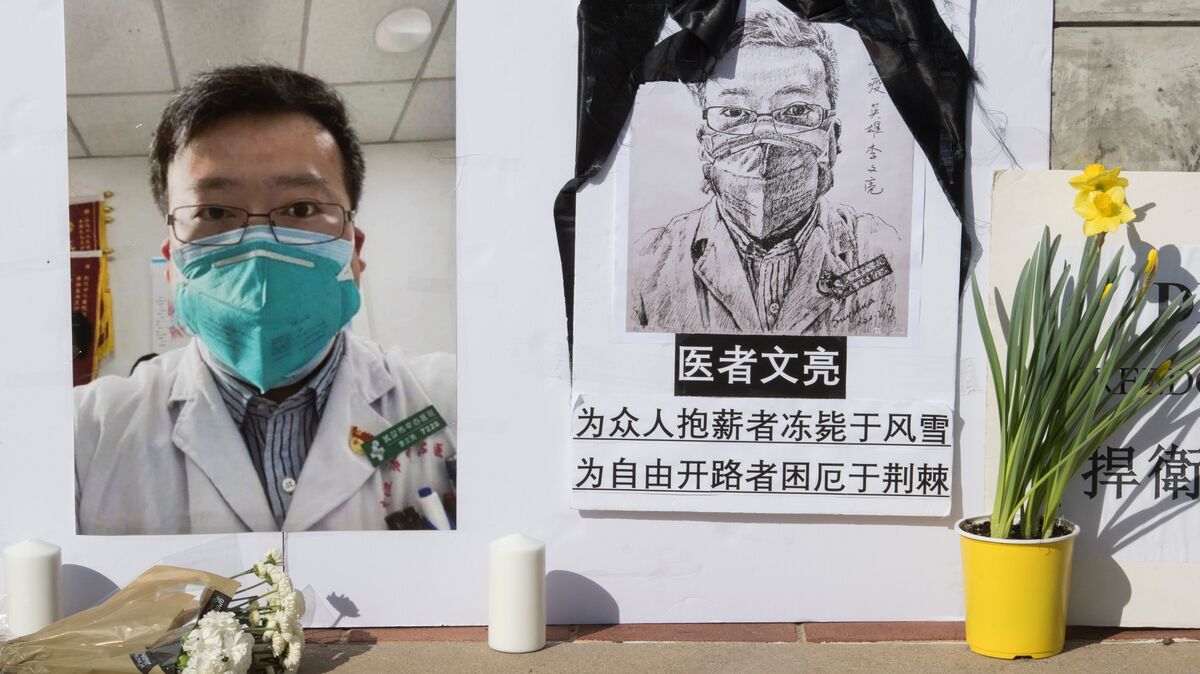 A memorial for whistleblower Li Wenliang sits on UCLA's campus in Southern California last month. Chinese authorities are now apologizing for the reprimand that the doctor received after warning of the coronavirus.

Li Wenliang, the ophthalmologist whose early warnings about the coronavirus earned him a reprimand from Chinese authorities, is finally receiving justice — albeit posthumously. Authorities in the country are apologizing to his family and dropping their reprimand, six weeks after his death from the disease caused by the virus.

Widely known as a whistleblower who spoke up about the outbreak in the city of Wuhan, China, the 34-year-old doctor was initially punished by local authorities. They said he was "spreading rumors" in early January, after he had tried to warn others about the emergence of the novel coronavirus that has now become a global pandemic.

By the time the young doctor died of COVID-19 in early February, the virus had already claimed hundreds of lives. To date, more than 3,000 people have died of the virus in mainland China.

News of his death, coupled with accusations that the government was covering up the outbreak, triggered an avalanche of outrage from a wide cross-section of Chinese society. In response to popular demand, the central government dispatched investigators two days later to look into the circumstances surrounding his police reprimand and death.

Beijing's investigators now conclude that Wuhan authorities acted "inadequately" when they reprimanded the late doctor and failed to follow "proper law enforcement procedure." They did not, however, explain what the correct response should be.

Investigators also characterized his efforts to sound the alarm on the coronavirus as a positive influence that aided in raising awareness.

Shortly after the official findings were published, Wuhan police announced that the two officers responsible for improperly reprimanding Li have been disciplined.