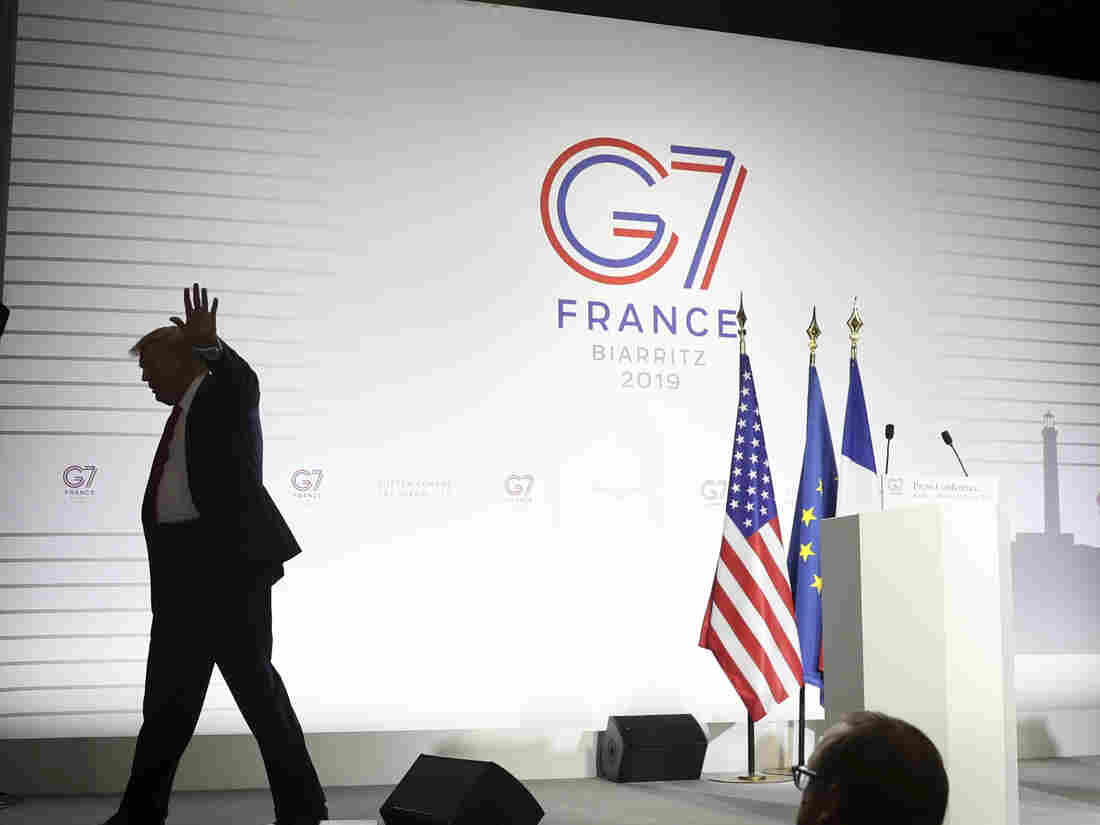 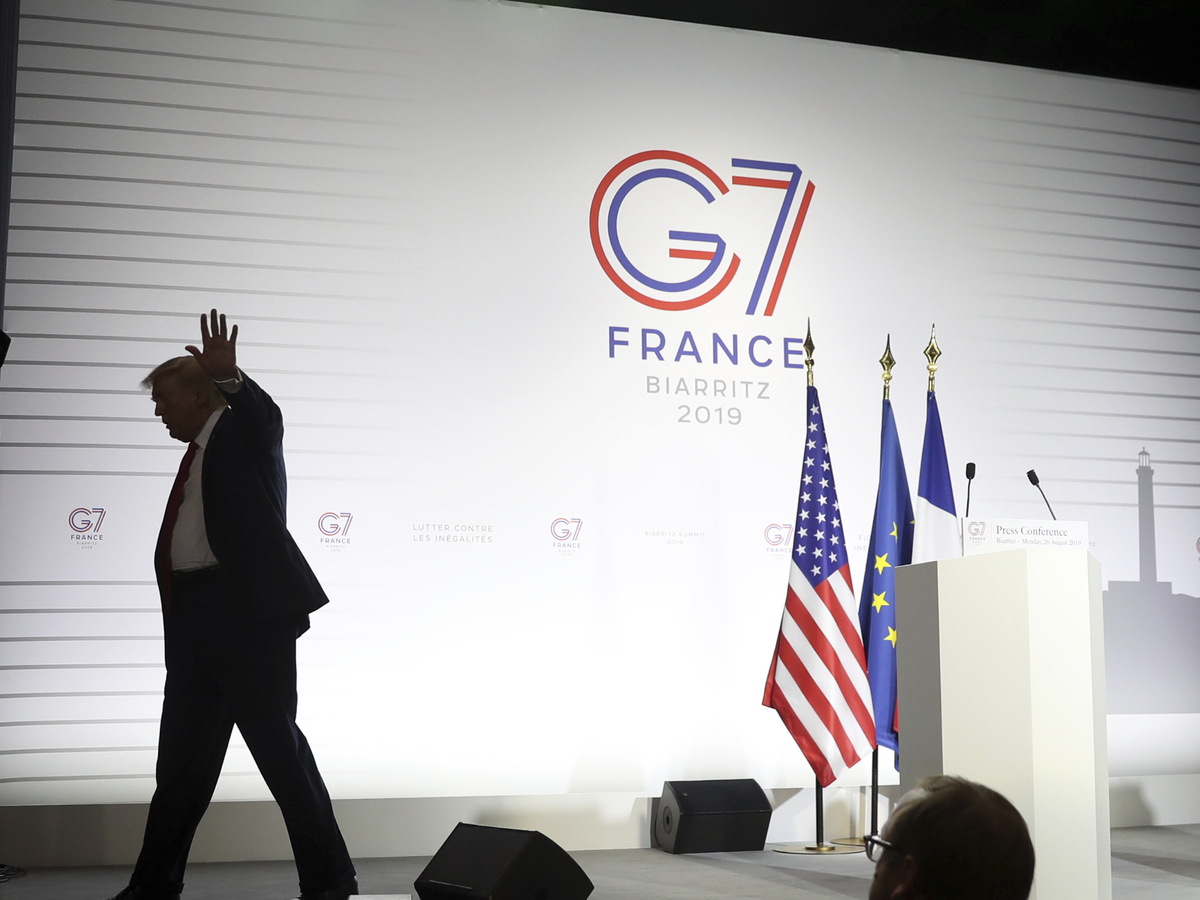 President Donald Trump walks off after taking additional questions following and a joint press conference with French President Emmanuel Macron at the G-7 summit in 2019.

The gathering of world leaders at the Group of 7 summit will not happen in-person this year as scheduled for Camp David in June, and will instead be a video conference, the White House said Thursday.

It is the latest high-profile event to be cancelled as anxiety over the fast-spreading coronavirus nixes political gatherings, sports events and musical festivals around the world.

White House spokesman Judd Deere said scrapping the in-person G7 meeting was done "in order for each country to focus all of its resources on responding to the health and economic challenges of COVID-19."

Trump's top economic adviser Larry Kudlow, who also serves as Trump's G7 "sherpa," has informed his the world leaders about the decision, Deere said in the statement.

The G7 meeting, which was scheduled for June at Camp David in Maryland, is an annual convening of the world's most powerful economic countries in order to discuss ways to address global problems.

Trump drew criticism when he initially announced the event would be held at his Miami-area golf club, a plan he dropped after criticism of that the move would enrich his family business.

Europe, now considered the epicenter of the coronavirus, with Italy's death toll surpassing China's, was the target of a travel ban instituted by Trump. The action drew the ire of some European leaders, who claim the Trump administration made the move without their consultation.