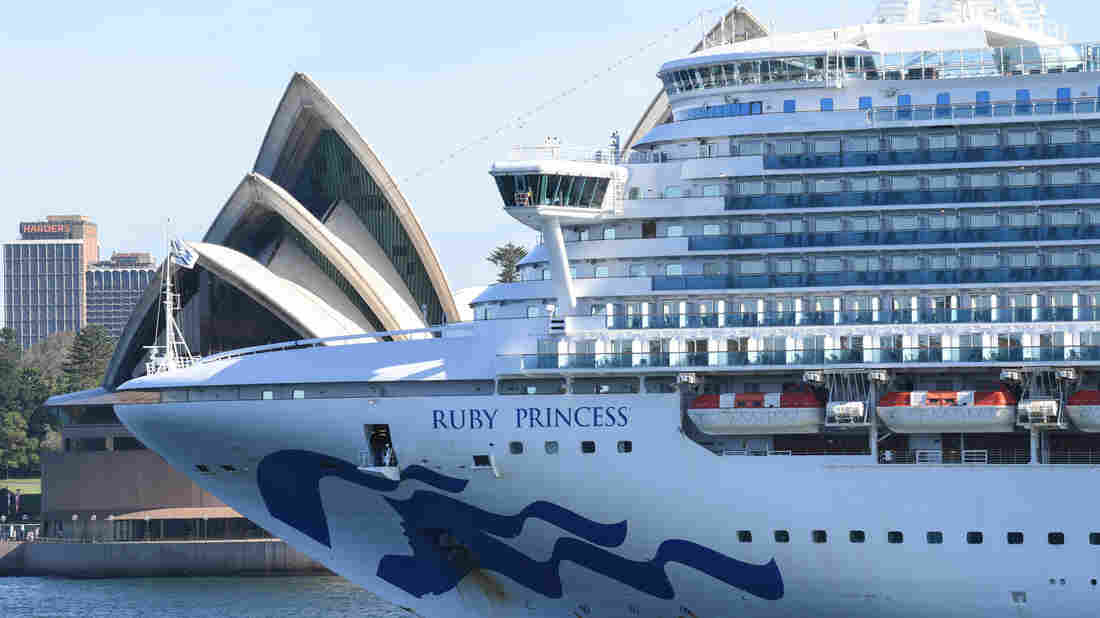 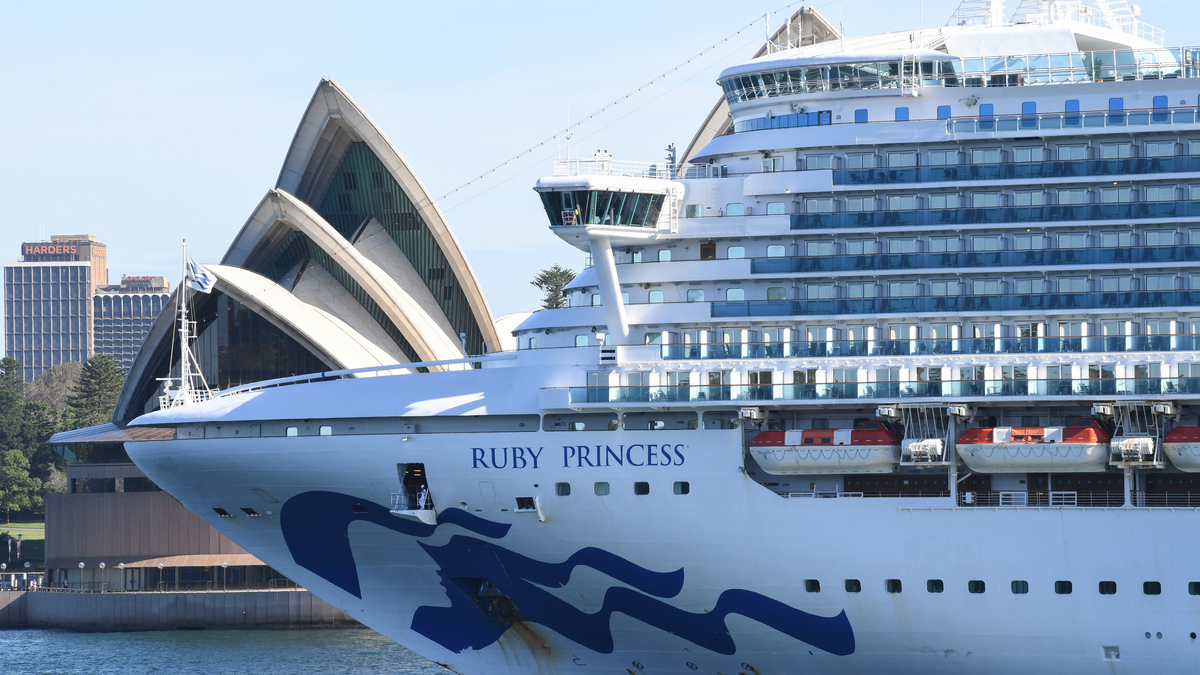 Ruby Princess departs Sydney Harbour on Thursday. Three passengers and one crew member aboard the vessel have tested positive for the novel coronavirus.

A cruise ship arriving from New Zealand that docked in Sydney, Australia, Thursday, where passengers were allowed to disembark, was later found to have had four people aboard who were infected with the novel coronavirus, according to local media reports.

The three passengers and one crew member who tested positive for the virus were aboard the Ruby Princess, operated by Carnival Corporation & plc, which arrived at its home port of Sydney on Thursday morning. The ship was carrying 2,700 passengers and 1,100 crew members, the Sydney Morning Herald reports.

The newspaper says the crew member reboarded the vessel before it departed for Wollongong. The website Vesselfinder, which tracks ships at sea, indicated that at about 7 p.m. Sydney time (4 a.m. ET), the cruise ship was located off the coast between Sydney and Wollongong.

New South Wales Health Minister Brad Hazzard urged the passengers and crew aboard the ship to self-isolate and contact health authorities if they feel ill.

"The very big concern is that those people came off the cruise with no knowledge of COVID actually being on their ship," Hazzard said, referring to the disease caused by the virus.

The network said the third passenger, a woman from Tasmania, was being treated in Sydney.

Australia has nearly 700 confirmed cases of coronavirus infection, with more than half of them concentrated in New South Wales where Sydney, the country's largest city, is located. Australian Broadcasting Corp. reports that seven people in Australia have died from COVID-19.