Accessibility links
U.S. Economic Slowdown Expected To Be Worst On Record : Coronavirus Updates Forecasters say the government's aggressive efforts to curtail the spread of the virus will trigger the sharpest slowdown on record. Some see the economy shrinking a staggering 24%. 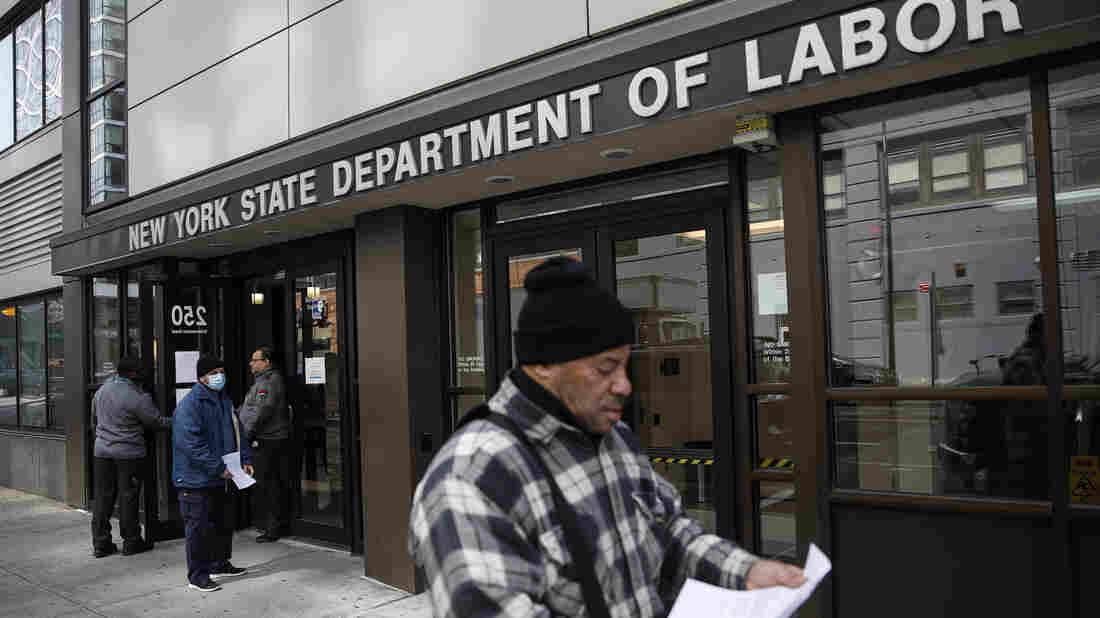 Forecasters say the government's aggressive efforts to slow the spread of the coronavirus will trigger the sharpest slowdown in the U.S. economy on record. John Minchillo/AP hide caption 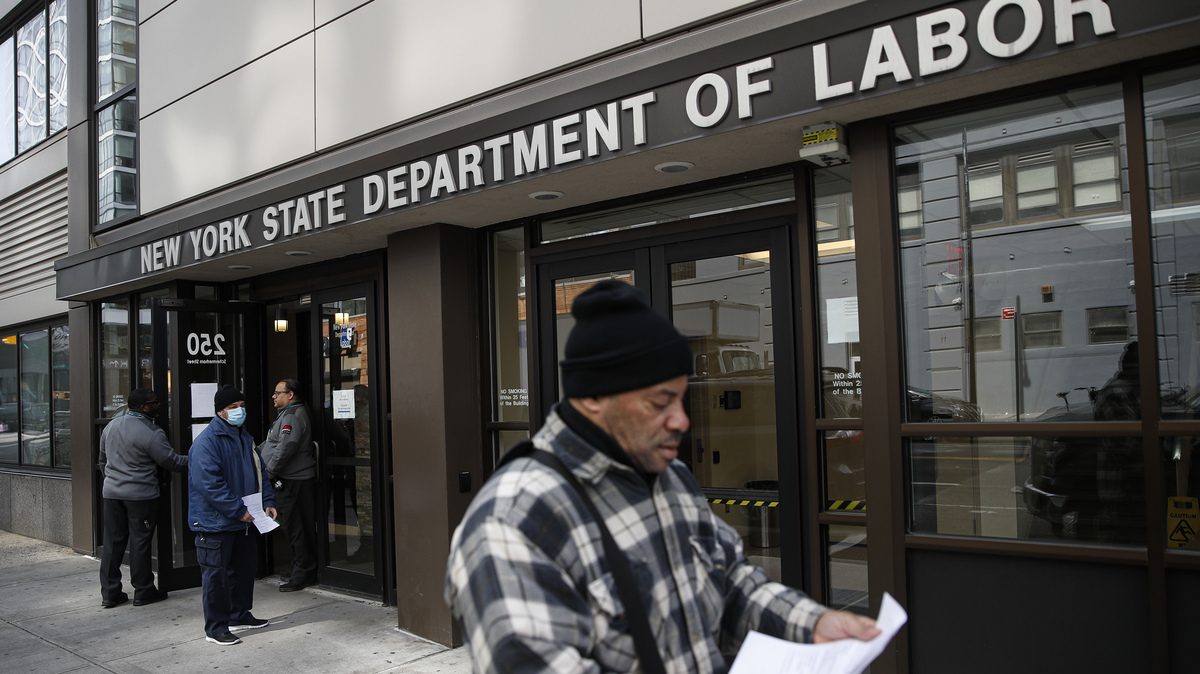 Forecasters say the government's aggressive efforts to slow the spread of the coronavirus will trigger the sharpest slowdown in the U.S. economy on record.

The U.S. economy has never hit the brakes quite like this before.

While the course of the coronavirus pandemic is unpredictable, forecasters are using their economic models and making some educated guesses about just how bad the damage will be. The forecasts are not pretty:

By comparison, during the worst quarter of the Great Recession in late 2008, the economy shrank by 8.4%. Quarterly records go only as far back as the 1940s, after the Great Depression.

The first faint signal of what's ahead came Thursday, when the Labor Department reported a sharp jump in first-time claims for unemployment benefits. That's sure to be dwarfed next week, when the full effects of orders for Americans across the country to "hunker down" begin to show up in the data.

With restaurants, retailers and other gathering places closing their doors or shifting to skeleton operations, the ranks of the unemployed could easily grow by 2 million in a single week, said Ian Shepherdson of Pantheon Macroeconomics.

"But the margin of error at this point is deeply uncertain, and the number could be much higher," he added. Shepherdson expects the U.S. economy to shrink at an annual rate of 10% in the next few months. That's starting to seem optimistic.

JPMorgan's midrange prediction of a 14% decline is far worse than anything Americans have seen, at least since the 1930s.

"This would be the worst single quarter on record," said JPMorgan chief U.S. economist Michael Feroli.

Still, Feroli's forecast is relatively upbeat about how long the downturn will last. He expects economic activity to bottom out in April, then recover fairly quickly.

"Roughly speaking, it does look like in countries that experienced [the coronavirus] first, it kind of ran its course in about three months," Feroli said. "This is just a sudden freezing up of activity. If that freezing up unfreezes as the virus passes, we should be able to limit the economic damage."

Forecasters are also counting on Congress to act quickly to pass an economic rescue package valued a $1 trillion or more.

"Stimulus spending of this magnitude is not only warranted, but indispensable," said Nancy Vanden Houten of Oxford Economics. The firm predicts a 12% contraction in the second quarter.

Such payments could fill some of the hole left in the economy by the government's aggressive efforts to control the outbreak, while also "helping kick-start the economy post virus," Vanden Houten said.

JPMorgan looks for unemployment to soar from 3.5% to 6.25% by midyear. Painful as that would be, it's a marked improvement over the Great Recession, when unemployment reached 10%. Other forecasts see unemployment climbing as high as 9%.

JPMorgan's expectation of a quick economic rebound hinges on two assumptions: The U.S. outbreak doesn't drag on or recur later in the year, and Americans go back to spending quickly once quarantine orders are lifted.