Accessibility links
Italy Calls In Army To Hardest-Hit Region As Coronavirus Deaths Spike : Coronavirus Updates Officials say there are simply too many people still on the streets with no justification. The country just registered its largest death toll in a single day since the start of the outbreak. 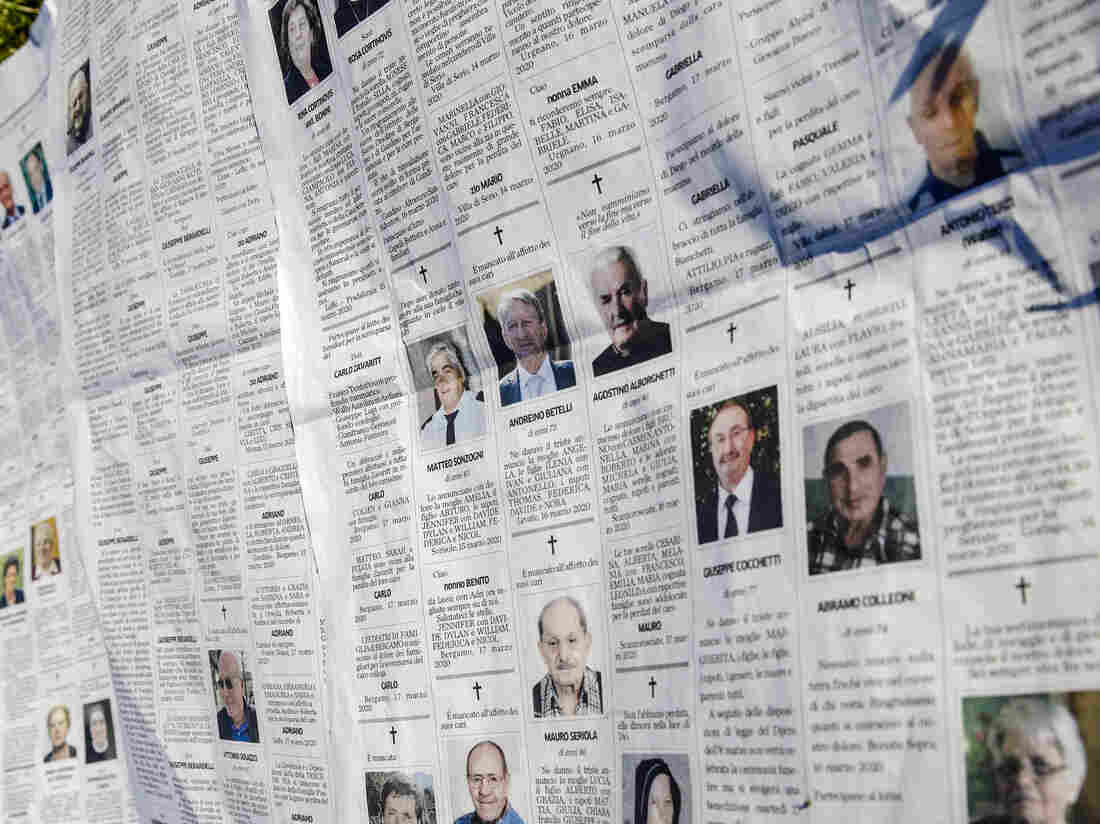 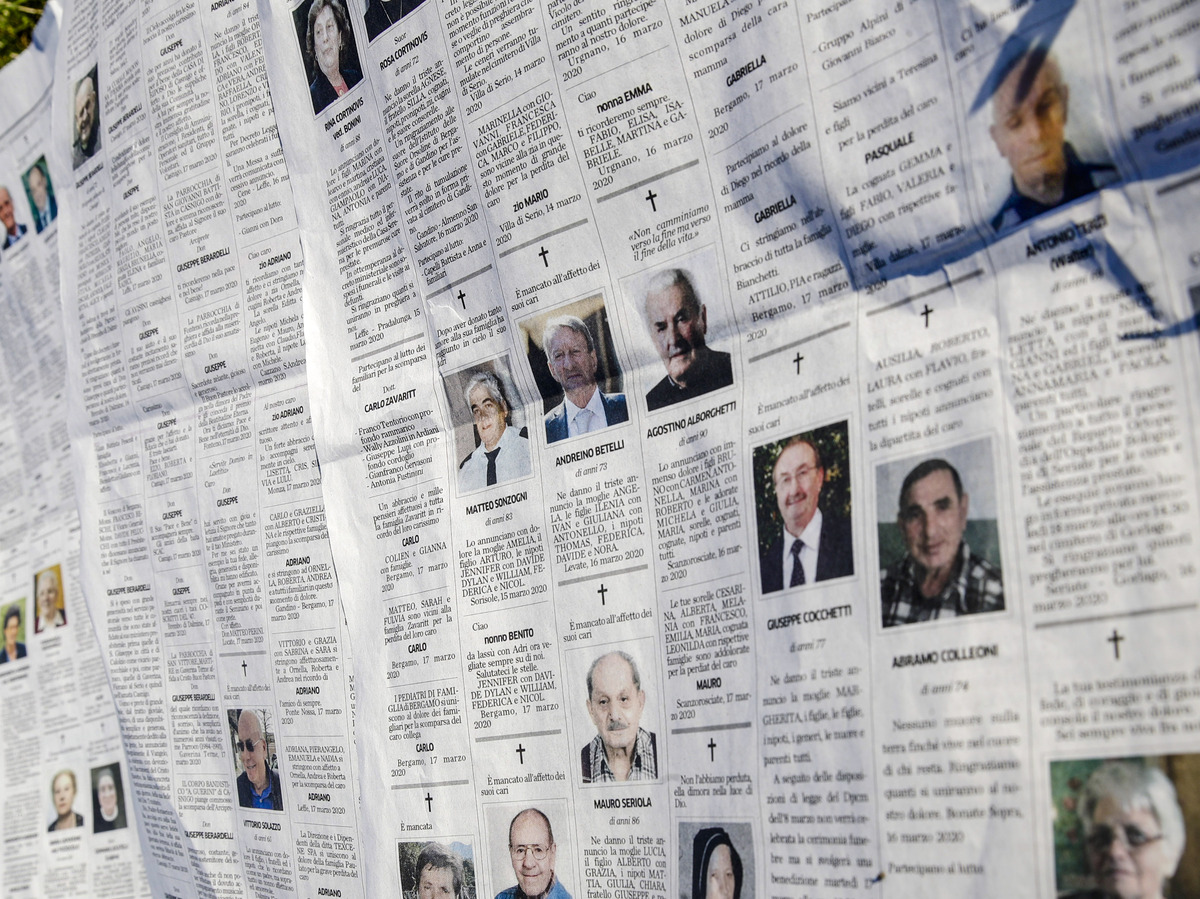 The obituaries section of local newspaper Eco di Bergamo stretched several pages long earlier this week at the heart of the hardest-hit province in Italy's hardest-hit region of Lombardy.

Authorities are calling in the army to Italy's hardest-hit region to help enforce orders that people stay at home, as the country registers its largest death toll in a single day since the start of the outbreak.

"Lombardy Gov. Attilio Fontana said the Rome government has agreed to deploy the army in his region to ensure compliance," NPR's Sylvia Poggioli reported. "Officials complain that there are simply too many people still on the streets with no justification."

Italian officials said Friday that a total of 4,032 people have died as a result of the virus – an increase of 627 deaths from the previous day.

Yesterday, Italy surpassed China as the country with the highest reported death toll from the pandemic.

"Officials stressed the great majority of deceased were elderly and suffering from another disease, such as diabetes, hypertension or atrial fibrillation," Poggioli reported. "In answer to a question, Civil Protection Agency head Angelo Borrelli said we will never know precisely when the peak of the outbreak will occur – next week, or the following."

Italian authorities say they have registered 47,021 positive diagnoses of the coronavirus. The country has imposed a nationwide lockdown to try to stop the spread of the virus, but the health care system is still experiencing an overwhelming surge of people that need care.

At the main hospital in Bergamo, in the Lombardy region, staff are frantically trying to keep patients alive. Sky News reported there are beds full of patients "in terrible distress - gasping for air, clutching at their chests and at tubes pumping oxygen into their oxygen-starved lungs."

The hospital's head of emergency care, Dr. Roberto Cosentini, told the broadcaster that the patients are suffering from "a very severe pneumonia, and so it's a massive strain for every health system, because we see every day 50 to 60 patients who come to our emergency department with pneumonia."