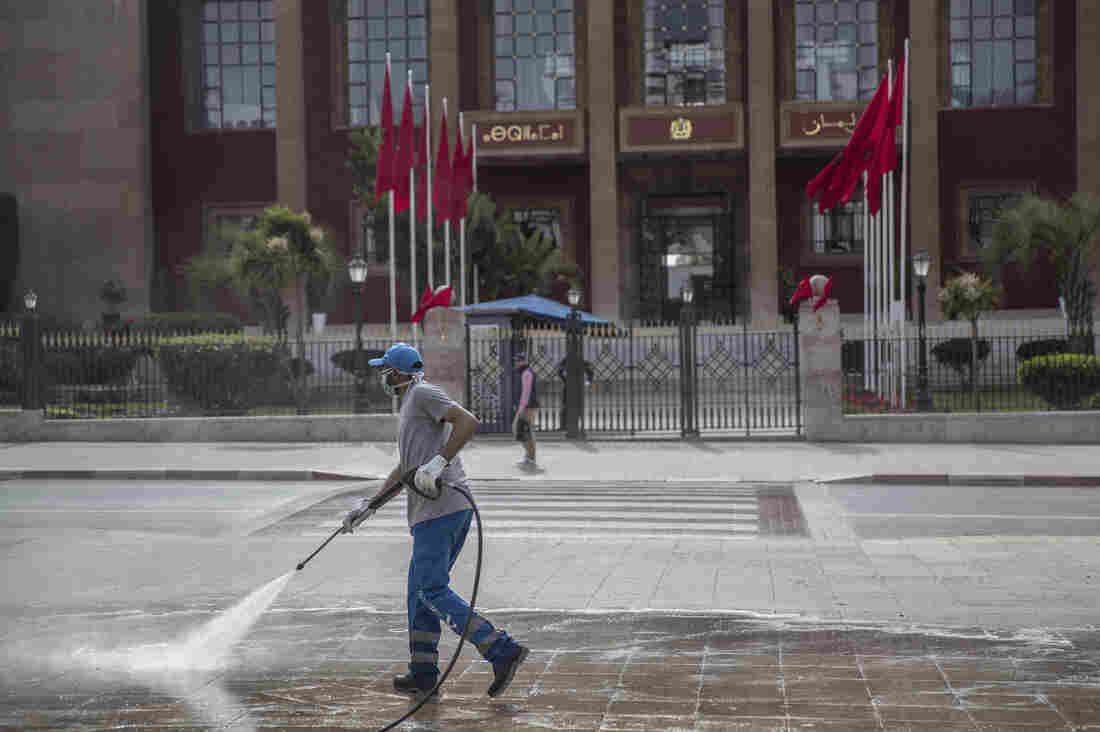 A worker disinfects a main avenue outside the parliament building in a bid to prevent the spread of coronavirus on Wednesday in Rabat, Morocco. The country imposed sudden, sweeping restrictions on travel. Mosa'ab Elshamy/AP hide caption 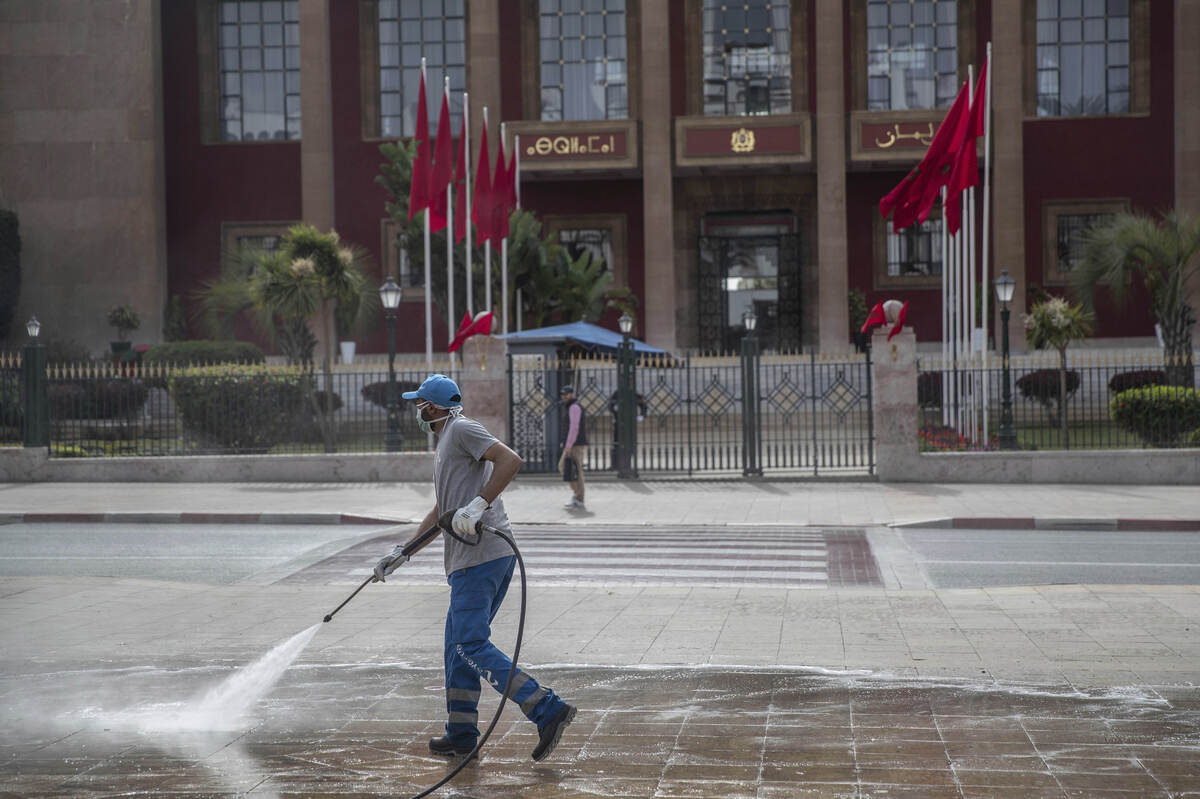 A worker disinfects a main avenue outside the parliament building in a bid to prevent the spread of coronavirus on Wednesday in Rabat, Morocco. The country imposed sudden, sweeping restrictions on travel.

The State Department says it is organizing repatriation flights for U.S. citizens and permanent residents who are having trouble leaving Morocco because of travel restrictions prompted to fight the coronavirus crisis.

"Today, as we speak, Mission Morocco is supporting the repatriation via chartered flight of more than 1,000 American citizens stranded in Morocco as that country halted its air, land and maritime links in order to slow the virus's spread," David Schenker, the Assistant Secretary of Near Eastern Affairs, told reporters.

According to the U.S. Embassy in Morocco, the chartered flights were set to start at Marrakech's international airport on Friday.

Schenker said the flights would continue for several days. He said the embassy in Morocco has received thousands of emails from stranded U.S. citizens.

"These flights will include a Marrakech to London Heathrow leg and an onward connecting flight to one of the 10 cities in the USA served by British Airways," the embassy stated. The cost of each ticket is nearly $1,500 and passengers much reimburse the U.S. government, it added.

Some U.S. citizens stranded in Morocco have been critical of what they see as the slow response of the U.S. government to help them get back.

"France is being very open with the citizens and is moving mountains to get them home; meanwhile the U.S. embassy says 'call the airlines' and 'prepare to be here for a while, but not indefinitely,' " Cristina Pratt, who was visiting Morocco from California when the country suddenly suspended flights, told The New York Times earlier this week.

Schenker said the State Department is assessing whether there is demand for similar repatriation flights from Egypt.

On Friday, the State Department said that "as resources allow, embassies and consulates will continue to provide emergency and mission critical visa services." As NPR's Jackie Northam noted, "Those types of services may be in high demand for U.S. citizens stranded overseas and trying to get back home."

The start of the repatriation flights comes one day after the State Department urged U.S. citizens to avoid all international travel because of the virus. It said that those who live in the U.S. should arrange for an immediate return – or prepare for an indefinite period abroad.