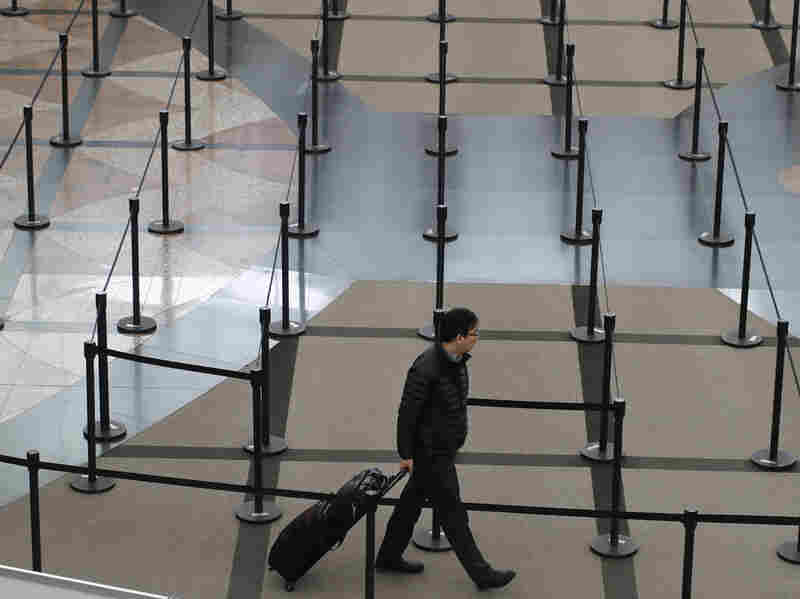 A traveler finds no line to stand in at a security checkpoint at Denver International Airport on Friday. David Zalubowski/AP hide caption 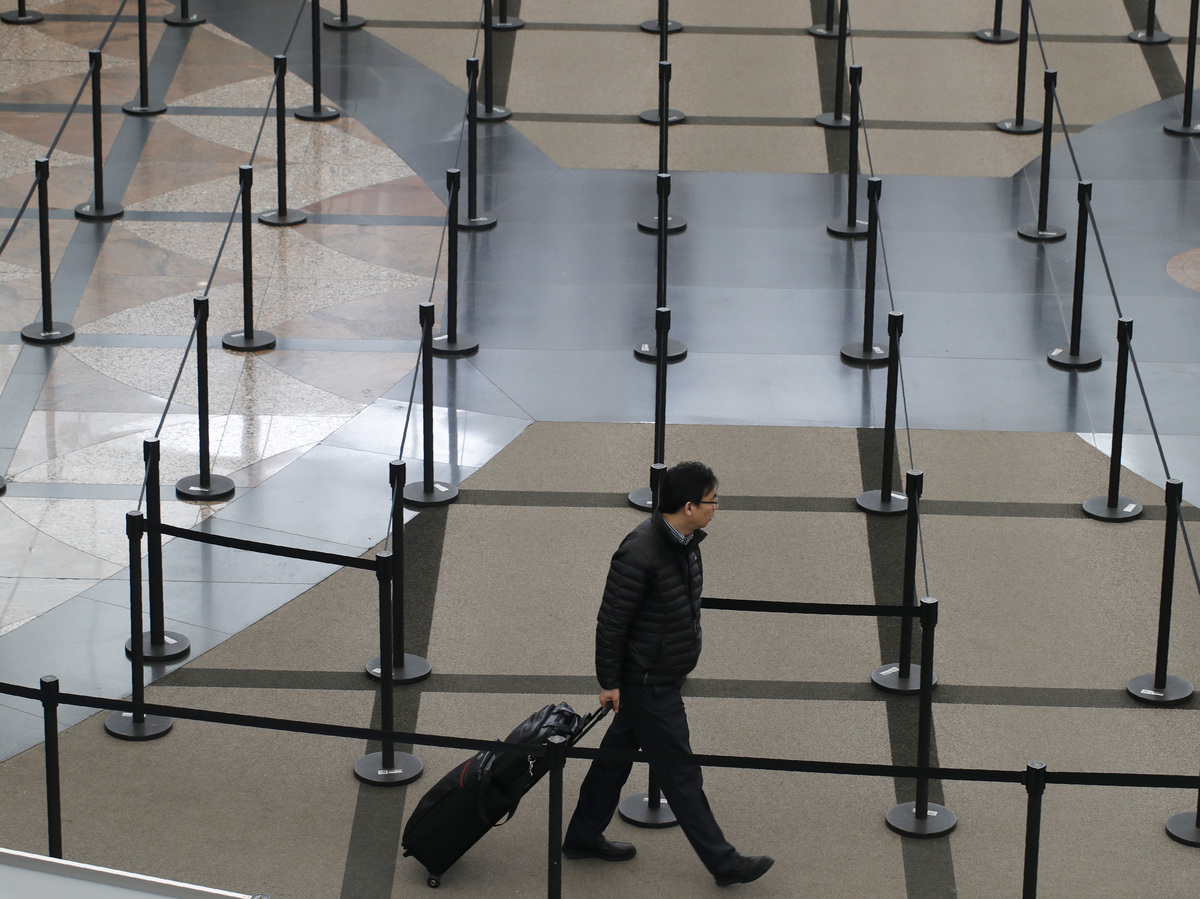 A traveler finds no line to stand in at a security checkpoint at Denver International Airport on Friday.

United Airlines is threatening massive employee layoffs, furloughs or pay cuts if Congress doesn't pass a coronavirus economic relief package by the end of this month.

The air travel industry is suffering enormous financial losses because of the coronavirus outbreak as governments and businesses around the world restrict travel.

Thursday, the Transportation Security Administration reported screening the fewest number of airline passengers ever. Only about 624,000 people passed through airport security checkpoints, compared to 2.4 million people on the same day last year.

In response, airlines are cutting most of their flights and parking many of their planes, while waiting for travel demand to recover.

United has already eliminated 60% of its flights and put a freeze on hiring, while slashing capital spending, cutting payments to vendors and contractors and chopping executive salaries in half.

But a letter to the airline's 96,000 employees sent jointly by corporate and labor union leadership warns that as air travel demand continues to plummet, even more cost-cutting measures may be needed to keep the company afloat.

If Congress doesn't act on an airline bailout plan by the end of March, the letter warns payroll may be slashed by up to 60%.

The airline industry is asking Congress for $25 billion in loans and loan guarantees, another $25 billion in direct financial aid, plus cuts in airline ticket taxes. But the plan introduced by Senate Republicans Thursday night includes $50 billion for collateralized loans to airlines that must be paid back, and no cash assistance.

Both Republicans and Democrats have balked at providing airlines with such a bailout because while earning near-record profits over the last several years, many U.S. airlines have been using their extra cash to buy back stock and boost their share prices instead of building up cash reserves.