Accessibility links
Southeast Asian Nations Tighten Restrictions To Help Contain Spread Of Coronavirus : Coronavirus Live Updates Tourists are being banned outright after many countries on the continent reported a sharp increase in the number of cases this past week. 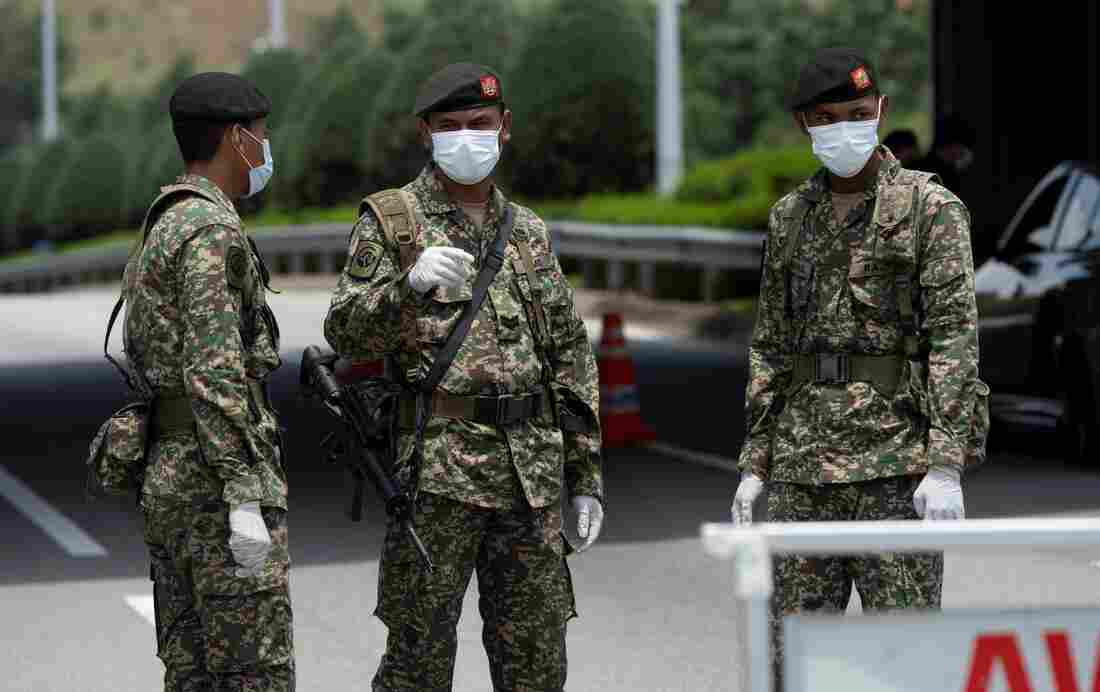 Soldiers in face masks maintain a checkpoint in Putrajaya, Malaysia, on Sunday. The Malaysian government issued a movement order to the public until March 31 to stop the spread of the new coronavirus. Vincent Thian/AP hide caption 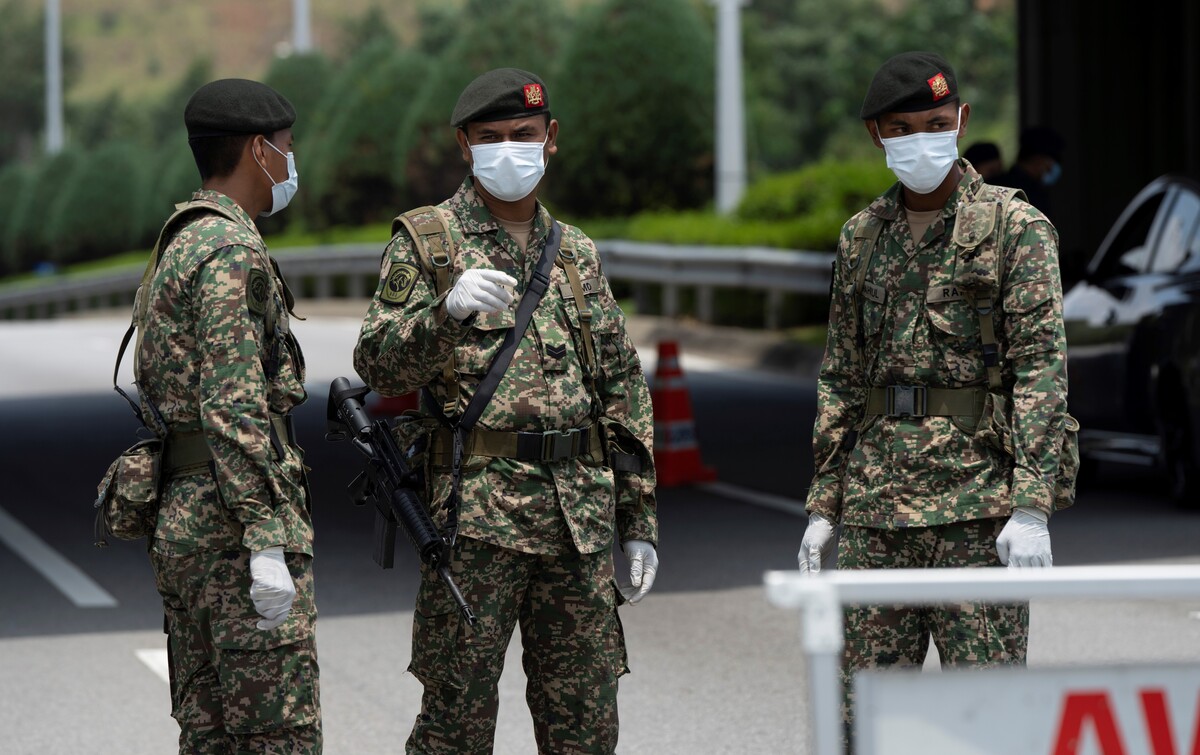 Soldiers in face masks maintain a checkpoint in Putrajaya, Malaysia, on Sunday. The Malaysian government issued a movement order to the public until March 31 to stop the spread of the new coronavirus.

Southeast Asian nations are tightening restrictions on their citizens and banning foreigners outright after many countries this past week reported a sharp increase in the number of coronavirus cases.

Vietnam's government says it will stop all inbound flights and bar entry to foreigners beginning Sunday. Vietnam now has recorded nearly 100 cases, according to the Ministry of Health.

Singapore plans on banning visitors beginning Monday. The number of infections in Singapore has more than doubled in the past week to 432. In the past three days 80% of the new cases have come from abroad. Singapore's health ministry said the new measure was necessary "in view of the heightened risk of importation of COVID-19 cases into Singapore." Returning citizens or residents of the city-state will undergo a 14-day home quarantine.

Neighboring Malaysia — which has also banned foreign arrivals — is the Southeast Asian nation hardest hit by the coronavirus. On Saturday, the health ministry reported 153 new infections and warned it expects many more linked to people who attended a religious gathering at a mosque outside the capital, Kuala Lumpur, late last month. Malaysia now has more than 1,180 confirmed cases — the most in Southeast Asia. And the military has been deployed to enforce a two-week, government-imposed lockdown in an effort to contain the virus.

Tourism-dependent Thailand has also essentially banned foreign visitors by requiring them, on arrival, to produce a doctor's certificate that declares them virus-free. The land of smiles has been spooked by a sharp increase in the number of confirmed cases, more than 300 in the past three days. Sunday saw the biggest increase to date — 188 new cases, bringing the total number to nearly 600. Health officials are linking many of the new cases to a kickboxing match attended by thousands in the capital, Bangkok, on March 6.

Some of the other new cases were sourced to the previously mentioned religious gathering — or "tabligh" — in neighboring Malaysia. Bangkok's governor has ordered the city's malls, entertainment venues and restaurants closed as of Sunday, though supermarkets and takeaway restaurants remain open for now. Prime Minister Prayuth Chan-ocha has urged people to stay at home and has not ruled out a nationwide lockdown if the numbers continue to climb. Many health professionals have been pleading with the government to do just that before Thailand's health care system is overwhelmed.

At least 60 million people in the Philippines, including the capital, Manila, are under lockdown after President Rodrigo Duterte declared a public health emergency earlier this month. The Philippines has also banned foreign arrivals in an effort to contain the spread of the virus. The health ministry on Sunday reported 73 new cases, bringing its total to 380, with six deaths.

Indonesia has the highest number of virus-related deaths in Southeast Asia. Thirty-eight people have died while health officials confirmed 81 new cases on Saturday, bringing the country's total to 450. The announcement came just a day after the governor of the capital, Jakarta, declared a two-week state of emergency. Cambodia has reported more than 50 cases to date, while both Laos and Myanmar — which share a long border with China, where the virus originated — insist they have no cases. Few believe them.