Accessibility links
Coronavirus Aid Bill In Limbo After Procedural Vote Fails : Coronavirus Live Updates The Senate is hoping for a vote on Monday, but congressional leaders said on Sunday they have yet to reach agreement on what would be the largest bill yet in response to the outbreak. 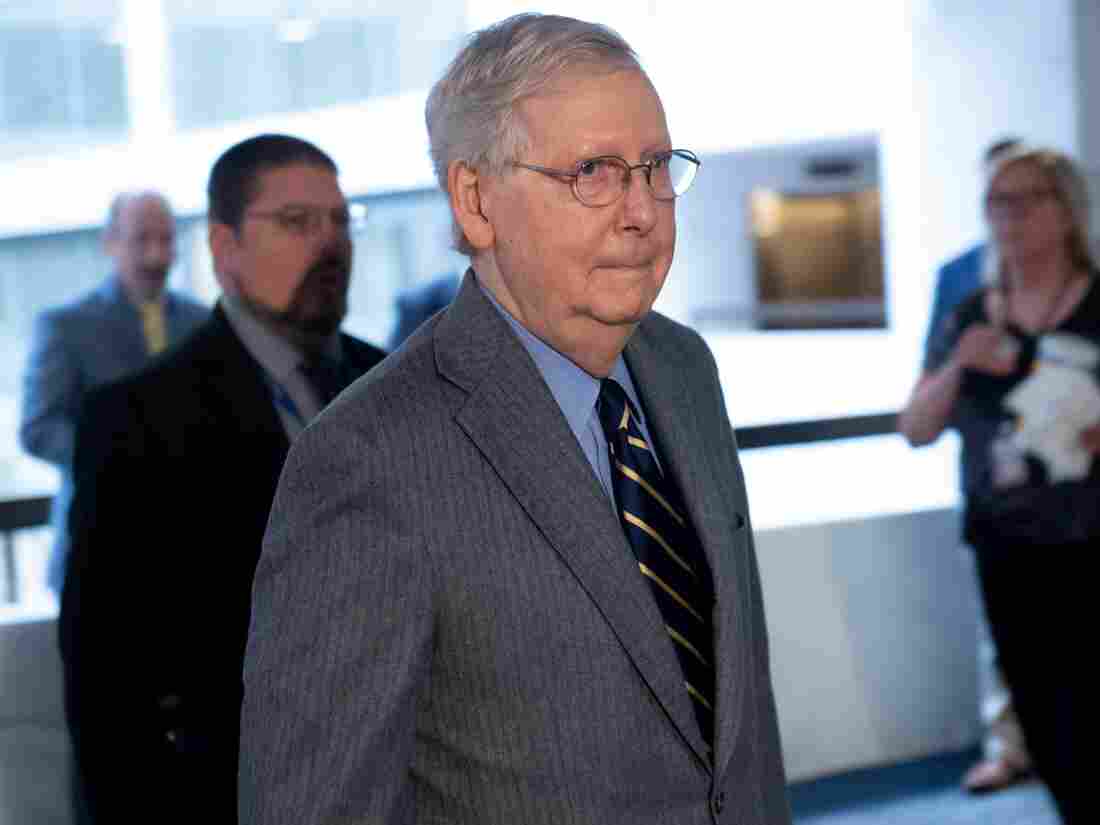 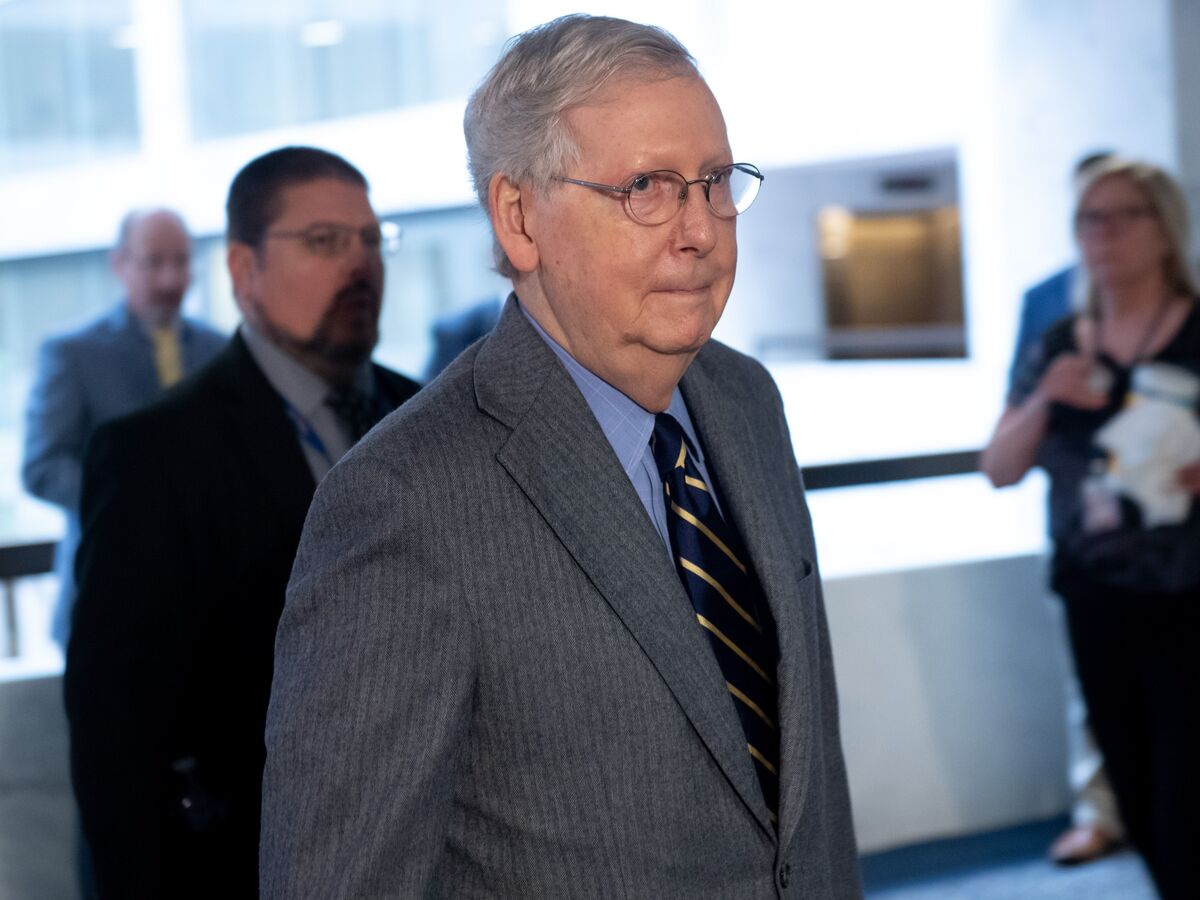 Senate Majority Leader Mitch McConnell, R-Ky., arrives on Capitol Hill to attend a meeting to discuss a potential economic bill in response to the coronavirus on March 20, 2020.

The future of a coronavirus aid package that's likely to top $1 trillion is in limbo following the failure of a necessary procedural vote in the Senate.

The measure, which required 60 votes to pass, garnered just 47 votes on Sunday evening, with Democrats refusing to back the Republican-led plan. Democrats are calling for changes to the legislation, including further expansion of unemployment insurance and more restrictions on federal assistance provided to large corporations.

Senate Minority Leader Chuck Schumer, D-N.Y., said negotiations are continuing and the Senate "can and will" overcome their differences.

"Changes to the legislation are being made even as we speak," Schumer said on the Senate floor following the vote. "We are closer than we have been at any point of the last 48 hours."

Among the issues still to be resolved are restrictions on loans made to large corporations, like airlines, according to a source familiar with the talks. Democrats say the legislation does not include sufficient protections to prevent stock buybacks and to make sure that workers keep jobs. Democrats have also called for further protections against executive raises and bonuses, and are criticizing a provision that would give Treasury Secretary Steven Mnuchin broad discretion to waive some compensation rules.

Democrats are calling the corporate funding a "$500 billion corporate slush fund." They are also calling for the legislation to include additional unemployment funding, expanded food stamps benefits and more student loan relief, among other demands.

Senate Majority Leader Mitch McConnell, R-Ky., admonished Democrats for voting against the procedural measure, which would have provided 30 hours before a vote on any final bill.

The package in question is larger than two others that have passed in terms of size and scope — and several of Democrats' demands would further expand that figure.

The entire day of negotiations was mired in partisan disagreement. House Speaker Nancy Pelosi emerged from a bipartisan leadership meeting with Mnuchin around midday vowing to introduce her own separate legislation.

Meanwhile, McConnell had maintained that the Senate bill in question was fine-tuned in bipartisan talks over the past two days, and needs to be passed as is.

"It is thoroughly bipartisan, as our process demands; now what we need to do is to move forward," McConnell said earlier on the Senate floor. "This national crisis is not going to wait around if Congress slips back into conventional politics or haggles endlessly over the finer points."

Earlier this month, President Trump signed into law an $8 billion coronavirus response package, which boosted funding for testing of the virus and lowered costs for related medical treatments. A second measure, signed into law last week, provides paid sick and family leave for some U.S. workers impacted by the illness, expands unemployment assistance, and increases resources for testing.