German Chancellor Angela Merkel speaks to the media to announce further measures to combat the spread of the coronavirus and COVID-19 on March 22, 2020 in Berlin. Pool/Getty Images hide caption 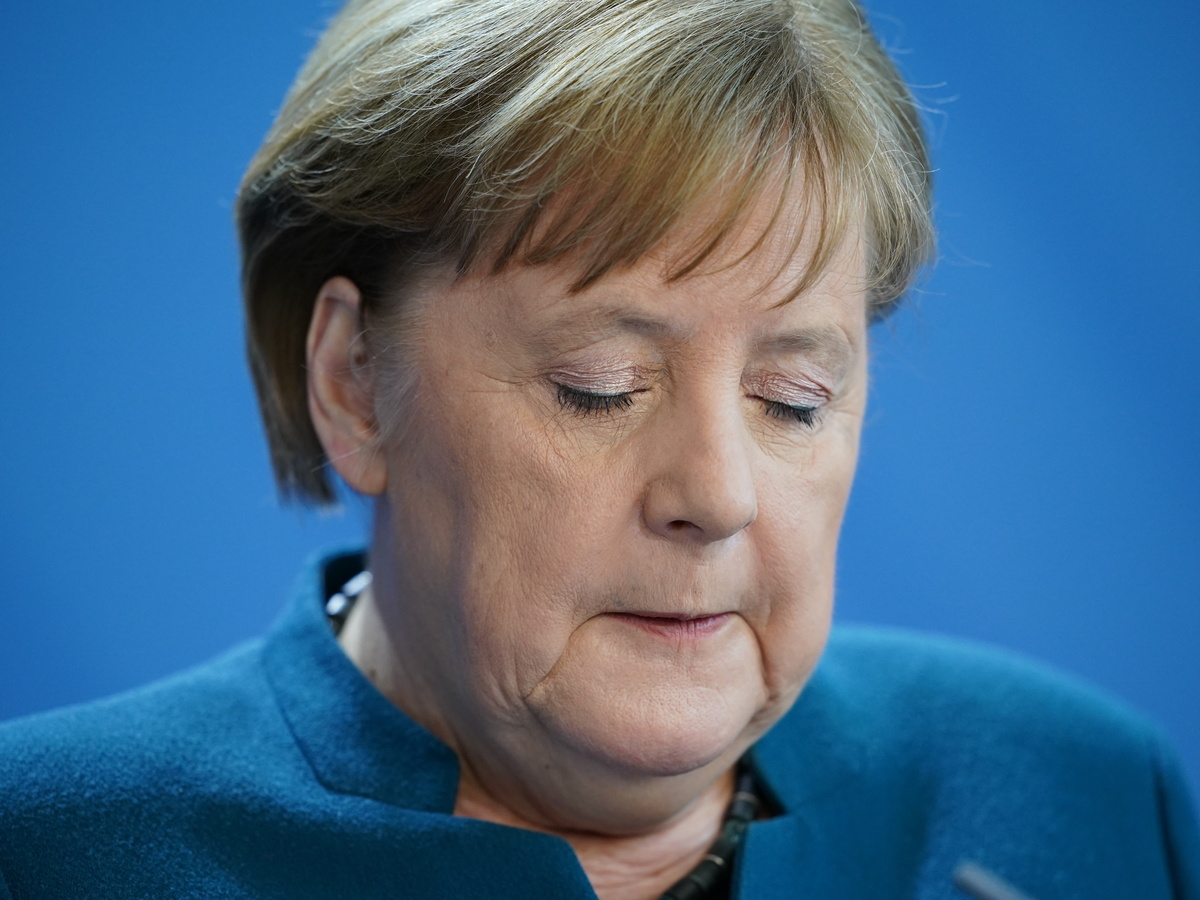 German Chancellor Angela Merkel speaks to the media to announce further measures to combat the spread of the coronavirus and COVID-19 on March 22, 2020 in Berlin.

German Chancellor Angela Merkel has put herself under self-quarantine after learning that her doctor who had vaccinated her against pneumonia on Friday has tested positive for COVID-19.

Merkel will be tested regularly in the coming days as she plans to carry out her duties from home, and Germany's government will continue to operate as planned, with Merkel's cabinet set to meet Monday to discuss a stimulus package of roughly $160 billion to help keep Germany afloat as it suffers from the pandemic.

As of Sunday, Germany had nearly 24,000 confirmed cases of the coronavirus with more than 90 deaths, according to tracking by Johns Hopkins University. The news of Merkel's quarantine came soon after her government imposed new social-distancing rules that limit public gatherings to two people, not including families. Under the new restrictions, restaurants will be allowed to stay open, but provide only takeout and delivery services. People will still be allowed to go to work and to leave home to care for relatives, shop and visit doctors.

From now in Germany, when people do go outside, they are being told to keep a distance of four feet from anyone else. Germany's new social distancing rules come into effect after authorities said too many Germans were not following guidelines set last week, urging them to stay at home to slow the spread of the virus. Instead, in the past week, city parks in Berlin were full of people as spring weather hit the region, and groups of young people held so-called corona parties, some of which had to be broken up by police.

Germany is just one of many countries limiting crowds to slow the spread of the virus. The U.S. government has said that no more than 10 people should gather in one place, while Switzerland says people in groups of fewer than five must stay at least two meters apart or face a fine. Italy and Spain have taken more stringent measures, not allowing people to leave their homes unless to conduct essential activities like buying food, filling a prescription or seeing a doctor.