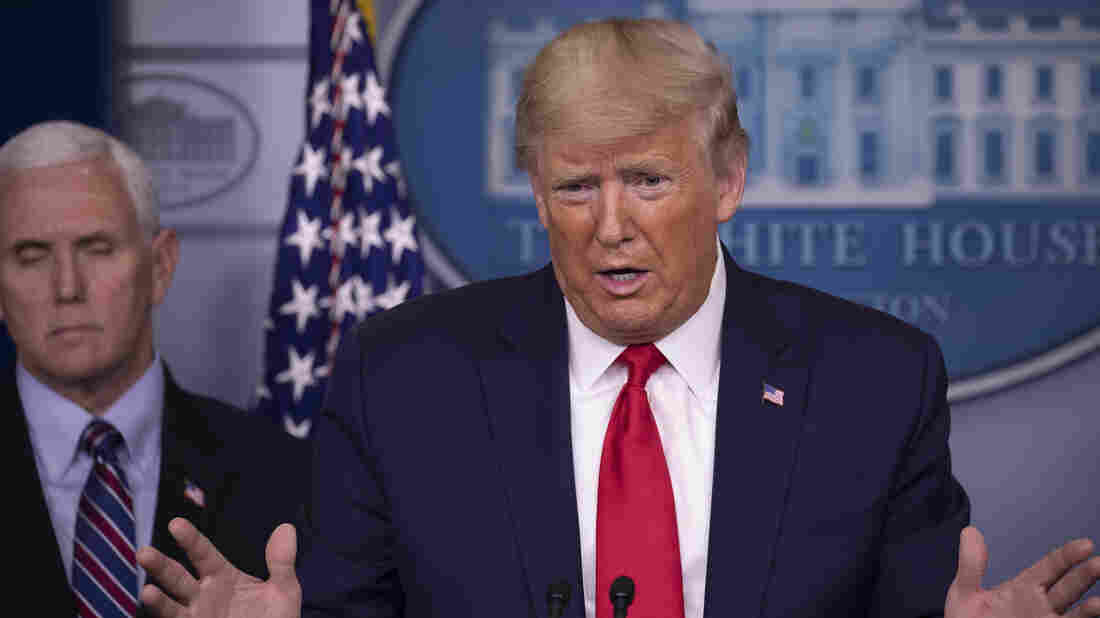 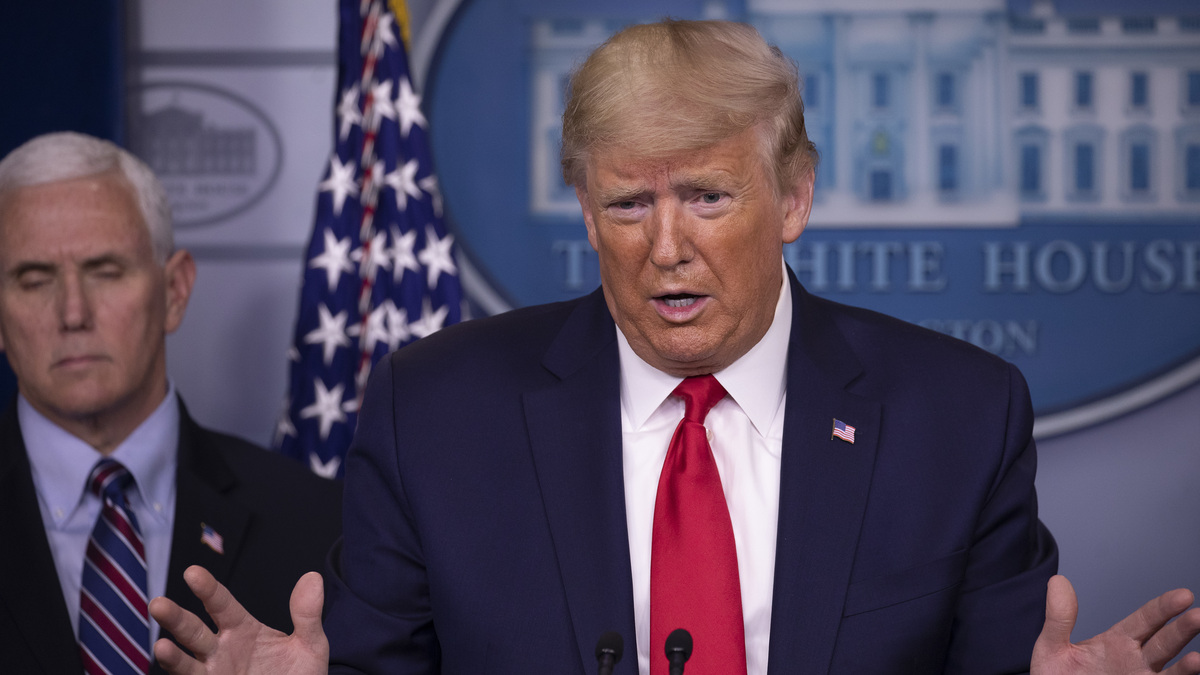 President Trump on Sunday compared the Defense Production Act to nationalizations in Venezuela.

In his Sunday news briefing on the coronavirus response, President Trump was asked about the Defense Production Act, which the government can use to spur businesses to create needed supplies.

"The fact that I signed it, it's in effect," he said. "But you know, we're a country not based on nationalizing our business. Call a person over in Venezuela, ask them how did nationalization of their businesses work out? Not too well."

Under the law, the U.S. government can make contracts with companies and "require acceptance and performance of such contracts" to prioritize the production of "scarce and critical material."

And as noted in NPR's more detailed explanation of the law last week: "It can also provide loan guarantees or lend money directly to targeted industries, and it can shield them from anti-trust actions resulting from firms cooperating and planning with one another. And if those incentives prove insufficient, administration officials can also use what's called an 'allocation authority' — namely, telling firms that the government has the right to purchase their products above anyone else."

That's different from nationalization, which happens when a government takes control over a company or industry. It can happen with or without paying the company in question.

Venezuela's Hugo Chavez, who was in power from 1999 until his death in 2013, took far more drastic measures than anything comparable to what would be done under the DPA. Venezuela's government nationalized oil companies, gas projects, agriculture, cement, steel and glass plants and took over and closed banks.