Accessibility links
3 GOP Senators In Self-Quarantine Will Be Unable To Vote On Coronavirus Relief : Coronavirus Live Updates After a positive coronavirus test for Sen. Rand Paul, Sens. Mitt Romney and Mike Lee, who said they had recent contact with Paul but showed no symptoms, voluntarily self-quarantine. 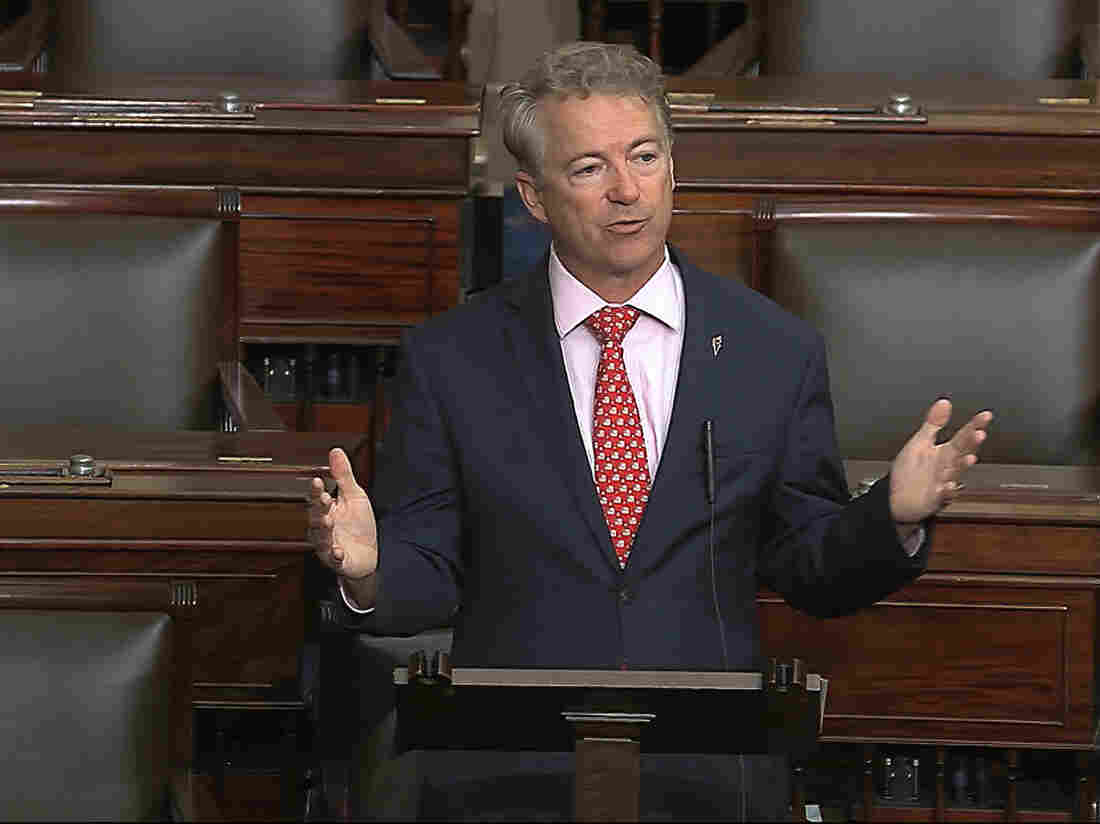 In this image from video, Sen. Rand Paul, R-Ky., speaks on the Senate floor at the U.S. Capitol in Washington, D.C., on Wednesday. Paul announced Sunday that he had tested positive for the novel coronavirus. Senate Television via AP hide caption 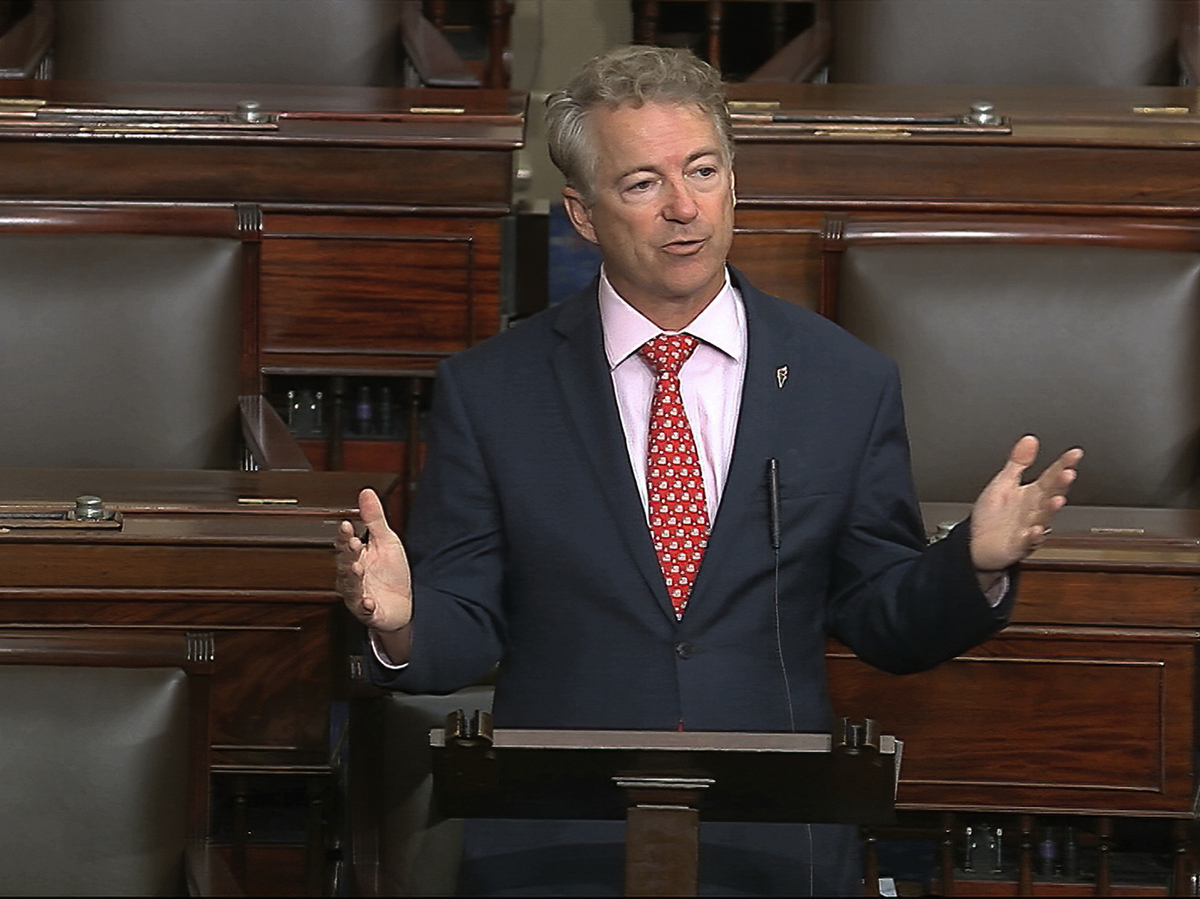 In this image from video, Sen. Rand Paul, R-Ky., speaks on the Senate floor at the U.S. Capitol in Washington, D.C., on Wednesday. Paul announced Sunday that he had tested positive for the novel coronavirus.

As Senate Republicans try to push through a $1.8 trillion coronavirus relief bill this week, they are doing so without a handful of votes in the closely divided chamber: Sens. Rand Paul, Mitt Romney and Mike Lee.

That's after Kentucky's Sen. Paul, 57, revealed on Sunday that he had tested positive for the virus and Sens. Mitt Romney and Mike Lee, both of Utah, said they had recent contact with Paul, but showed no symptoms. All three are now in self-quarantine.

A statement from Romney's office said: "He has no symptoms but will be tested."

In a separate statement, Lee said he also showed no symptoms or other risk factors and that he had been advised that a test for the virus "was not warranted."

Because the Senate has no provision for remote voting, the absence of the three puts additional strain on Senate Republicans to garner the votes necessary to pass the relief bill — legislation aimed at an injection of cash into the economy — including direct payments of $1,200 to most Americans and $350 billion in loans to small businesses in an effort to save jobs. Even so, Rand and Lee were among eight Republicans who voted against the package in an earlier vote.

Sen. Chuck Schumer, D-N.Y., blocked a vote on the stimulus bill late Thursday, saying it did not go far enough.

Last week, The Louisville Courier-Journal reported that Paul was present at an event on March 7 where two individuals who attended later tested positive for the coronavirus. The newspaper said several of the attendees had subsequently self-quarantined.

Paul's father, the former member of Congress and presidential candidate Ron Paul, who like his son is also a physician, wrote recently suggesting that the epidemic could be "a big hoax, with the actual danger of the disease massively exaggerated by those who seek to profit — financially or politically — from the ensuing panic."

A previous version of this story said that Ron Paul was a U.S. senator. In fact, he was a U.S. representative.