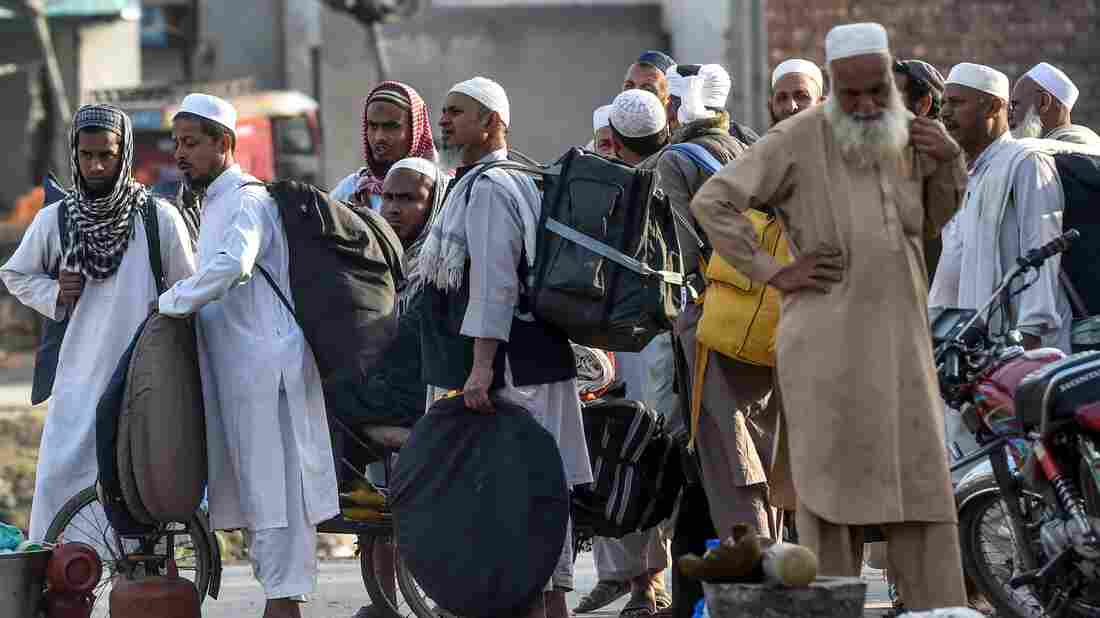 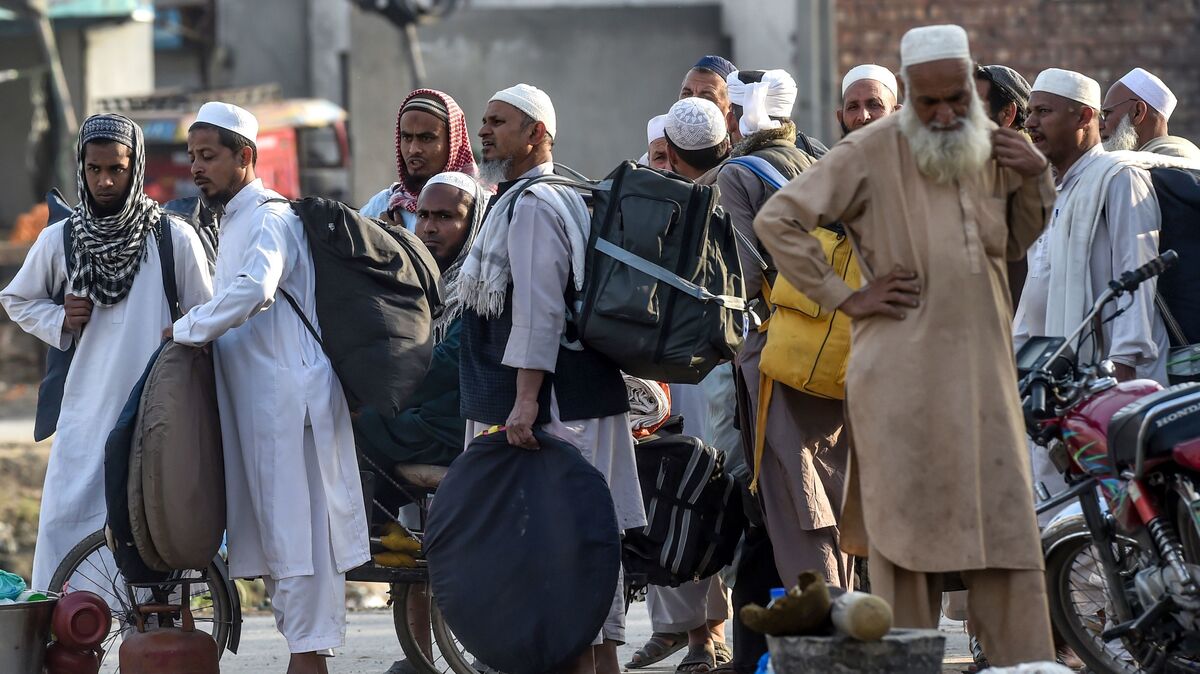 Tablighi Jamaat members prepare to leave after a mass religious gathering outside Lahore on March 13.

The first two cases of coronavirus infection in the Gaza Strip, a war-shattered territory with a fragile health system, were confirmed over the weekend in Palestinian men who attended a mass religious gathering 10 days ago in Pakistan, according to an Islamabad-based Palestinian diplomat.

The diplomat, Ahmed Rabi, says the men were part of a two-day gathering that ended March 12 in eastern Pakistan. The gathering of the Tablighi Jamaat, a global conservative Muslim missionary group, brought together tens of thousands of Muslim preachers from some 80 countries and has raised concerns about the virus' spread in Pakistan and beyond.

The group, founded nearly a century ago in India, has millions of followers and proselytizes around the world. Preachers on missions sleep in mosques and make door-to-door visits.

A longtime Pakistani Tablighi Jamaat member, Arif Rana, said the gathering was canceled on March 12 because of rain — attendees sleep in the open. But Azhar Mashwani, on the Punjab chief minister's staff, said on Twitter that it ended because of coronavirus fears. Most attendees were Pakistani, but at least a few thousand came from other countries, Rana told NPR.

In Pakistan, four people in the southern province of Sindh who attended the gathering were infected with the virus, the provincial government reported. Other Pakistani provinces do not provide a detailed breakdown of coronavirus cases, so the national number may be higher.

Five preachers from Kyrgyzstan stayed in a mosque in Islamabad after attending the Tablighi Jamaat gathering and have also tested positive, said a senior health official who did not want to be named because he was not authorized to speak to the press.

On Twitter, Muhammad Hamza Shafqaat, the deputy commissioner of Islamabad, accused the Kyrgyz group of "criminal carelessness" because "they knew that one of them had symptoms and they kept on roaming around."

Concerns have also been raised in Southeast Asia about infection after a Tablighi Jamaat gathering outside Kuala Lumpur, Malaysia, in late February and early March. Malaysian media reported that more than half of the country's known coronavirus cases were traced to the gathering. Preachers who attended also spread the virus to Brunei and Thailand, the New York Times reported, saying the gathering created "the largest known viral vector in Southeast Asia."

Tablighi Jamaat leaders in Pakistan had dismissed earlier calls by the Punjab provincial government to cancel their event, saying they believed those calls were motivated by anti-religious bias.

"Every other year, something or other happens which makes people afraid of getting together," Rana said. "We just focus on action, on deeds, and Allah protects."

Now, he said, for the first time in the group's history, they were curtailing activities such as weekly meetings, "until thing[s get] better."