Accessibility links
Biden Admonishes Trump In New Crisis Campaign Approach : Coronavirus Live Updates Joe Biden used a new livestream apparatus to call for a more urgent response from the White House. Biden is expected to be more present in the coming days to push back on Trump's daily briefings. 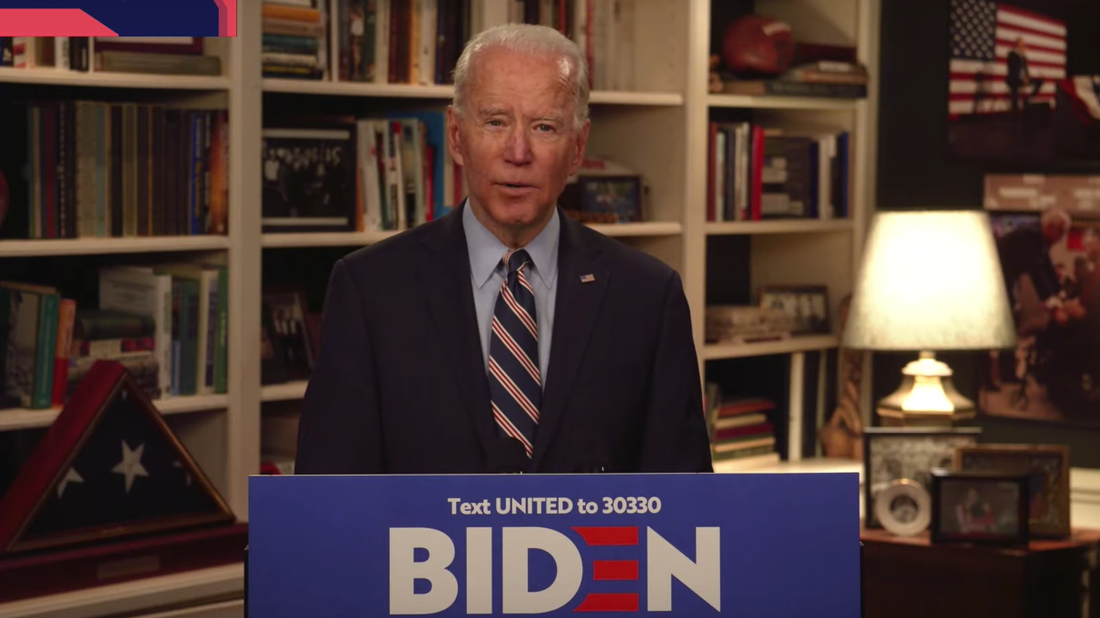 Former Vice President Joe Biden, the leading Democratic candidate for president, called for a far more urgent and better coordinated response to the coronavirus pandemic from the White House, in his first remarks of a new effort to reach voters while the campaign is essentially on hold.

Speaking via livestream from his home in Delaware, Biden said President Trump was slow to recognize and respond to the health crisis, and that the president continues to show a lack of understanding of what needs to be done to address the rapid spread of the virus across the U.S.

"President Trump is not to blame for the coronavirus," Biden said, adding that the president does bear responsibility for the response. "I along with every other American hope he steps up to get this right," Biden said. He also said that "this isn't about politics," given how much is at stake.

Biden noted that the president has likened this to war and describes himself as a "wartime president." "Then start to act like one," Biden admonished.

He called for urgency in the response and said the president needs to use the powers of the Defense Production Act in order to enlist businesses and manufacturers to quickly ramp up production of much needed emergency supplies for health care workers, and to accelerate the availability of testing.

Biden referenced the daily press briefings the president has been having with his coronavirus task force. Biden said such briefings offer important opportunities to inform and reassure the American public, adding "they are not a place for political attacks or to lash out at the press." The president has frequently done so at the daily news conferences.

Biden's livestream, with a new in-home studio apparatus, is an effort at counter-programming. It's not clear how often the former vice president will hold such events, but Trump's daily appearances in the White House briefing room are an example of the power of incumbency, which the Democrat's campaign felt compelled to answer.

While Biden has a potentially insurmountable lead against Bernie Sanders, the Vermont senator has also been holding similar virtual events to address the pandemic. He even missed a crucial Senate vote related to a massive economic aid package on Sunday night to hold a livestream event on the crisis with Reps. Alexandria Ocasio-Cortez, Ilhan Omar and Rashida Tlaib.