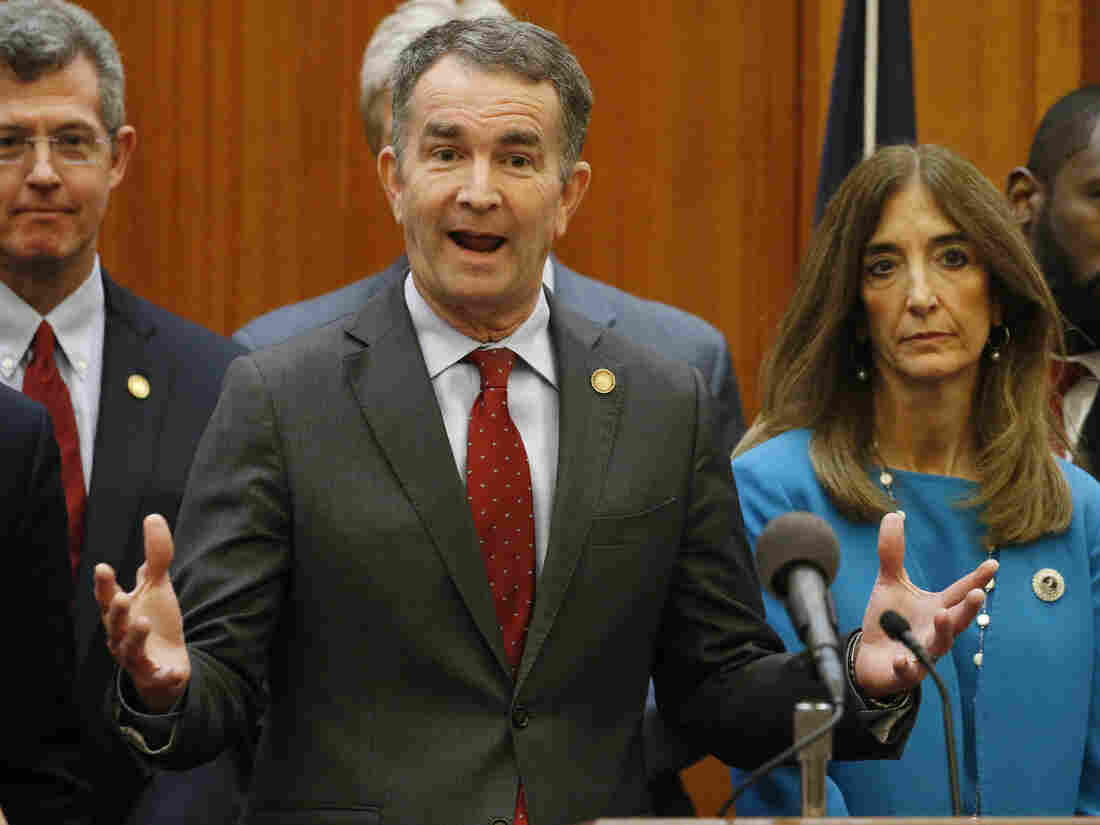 Virginia Gov. Ralph Northam (front) announced that schools in the state will remained closed for at least the rest of the academic school year. Steve Helber/AP hide caption 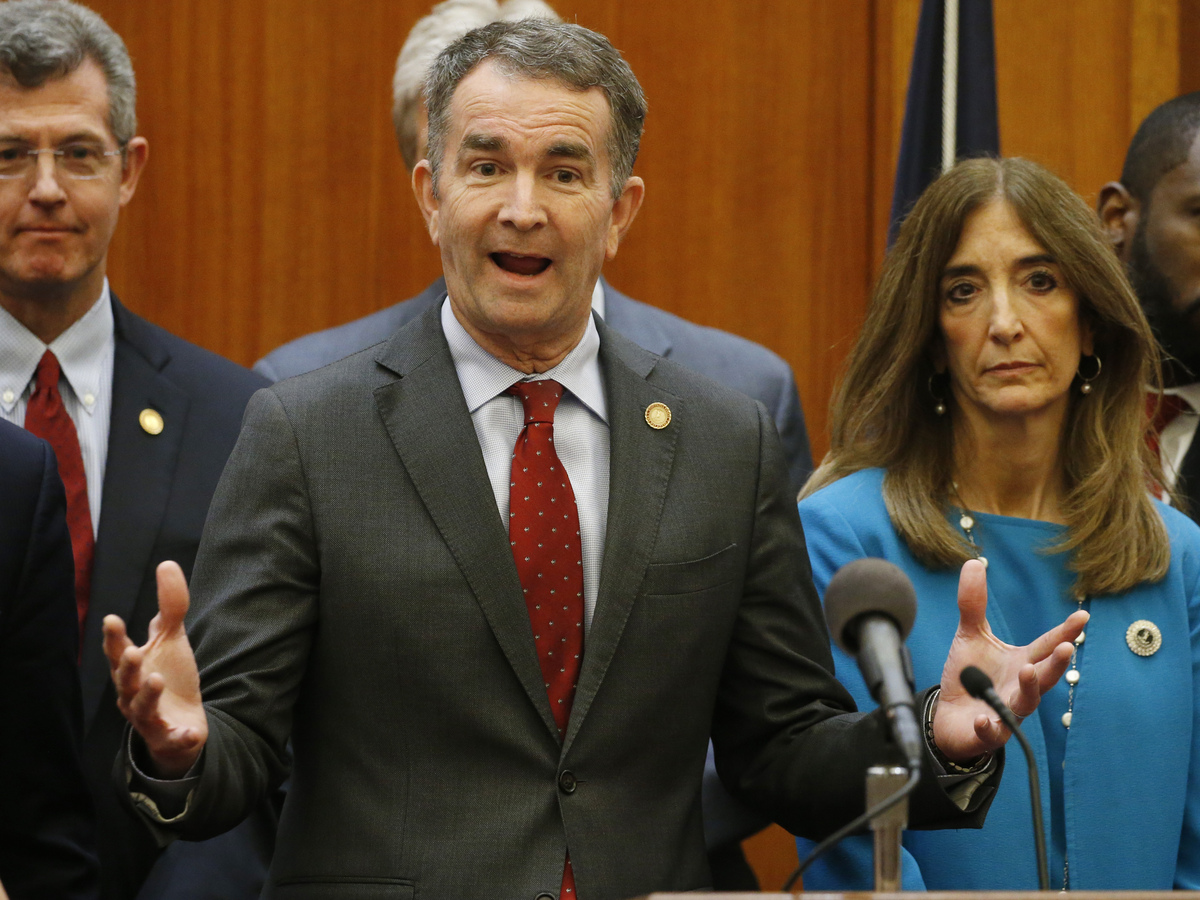 Virginia Gov. Ralph Northam (front) announced that schools in the state will remained closed for at least the rest of the academic school year.

Gov. Ralph Northam announced on Monday that schools in Virginia will be closed for the foreseeable future as a result of the spread of the coronavirus.

"Today I'm directing all schools in Virginia to remain closed at least through the end of this academic year," Northam said during an afternoon press conference.

Northam added that he is issuing an executive order effective at midnight Tuesday, placing additional restrictions on businesses that serve the public.

All recreation facilities that including bowling alleys, movie theaters and fitness centers must close. The order also includes personal care business and services "that cannot adhere to social distancing" such as barbershops and massage parlors.

The governor said those measures will be in place for at least 30 days.

Restaurants can remain open for carryout, curbside and deliveries only.

Earlier in the day, governors in Maryland and Massachusetts issued executive orders on Monday ordering nonessential businesses in their states closed as the race to halt the spread of the deadly coronavirus intensifies.

Meanwhile Florida Gov. Ron DeSantis announced a drive-through testing facility will open in The Villages, a sprawling mega-retirement community in the central part of the state.

In Maryland, Gov. Larry Hogan issued a new executive order effective at 5 p.m. ET., which he referred to as "immediate, additional mitigation and social distancing actions."

The executive order closes all nonessential businesses, organizations, establishments and facilities in the state.

"Let me be clear, we are not issuing or ordering a shelter in place directive or forcing people to stay home," Hogan said. He reiterated that Marylanders should follow previous state-wide directives, including the new state law prohibiting crowds of more than 10 people.

Hogan's announcement comes as the state has 288 confirmed cases of COVID-19 in all but three of Maryland's 24 counties. The governor also announced its latest coronavirus-related death, a woman in her 40s.

Today I issued an emergency order requiring all businesses and organizations that do not provide #COVID19 essential services to close their physical workplaces and facilities to workers, customers and the public.

The order is set to go into effect Tuesday at noon and go through Tues., April 7 at noon. Businesses that provide essential services, such as restaurants and pharmacies, are excluded. Liquor stores and medical marijuana shops can also remain open.

Baker's order advises residents to stay at home and to forgo unnecessary travel during the two-week period. The Baker administration adds it, "does not believe Massachusetts residents can be confined to their homes and does not support home confinement for public health reasons."

DeSantis, speaking from The Villages in Sumter County, Fla., announced a testing site that is "tailormade" for this 55 years and older community because both cars and golf carts will be allowed through.

The operation, conducted in partnership with the University of Florida, hopes to test up to 400 people a day and plans to reach 2,000 people by the end of the week. The governor added that people who didn't reside in The Villages could be tested as well.

According to NPR's Florida Correspondent Greg Allen, retirees there are practicing social distancing:

2000 people expected to be tested this week. People can drive through in cars or in golf carts, the preferred mode for many retirees in the Villages. DeSantis note golf courses there are still open, but says retirees are practicing social distancing--each in their own golf cart. https://t.co/f4qIWCGfwj