Accessibility links
PM Boris Johnson Tells Brits They Must Stay Home To Stop Coronavirus Spread : Coronavirus Live Updates Boris Johnson has ordered that people stay in their homes, aside from four exemptions. Only essential businesses will be allowed to stay open and the police will be empowered to enforce the measures. 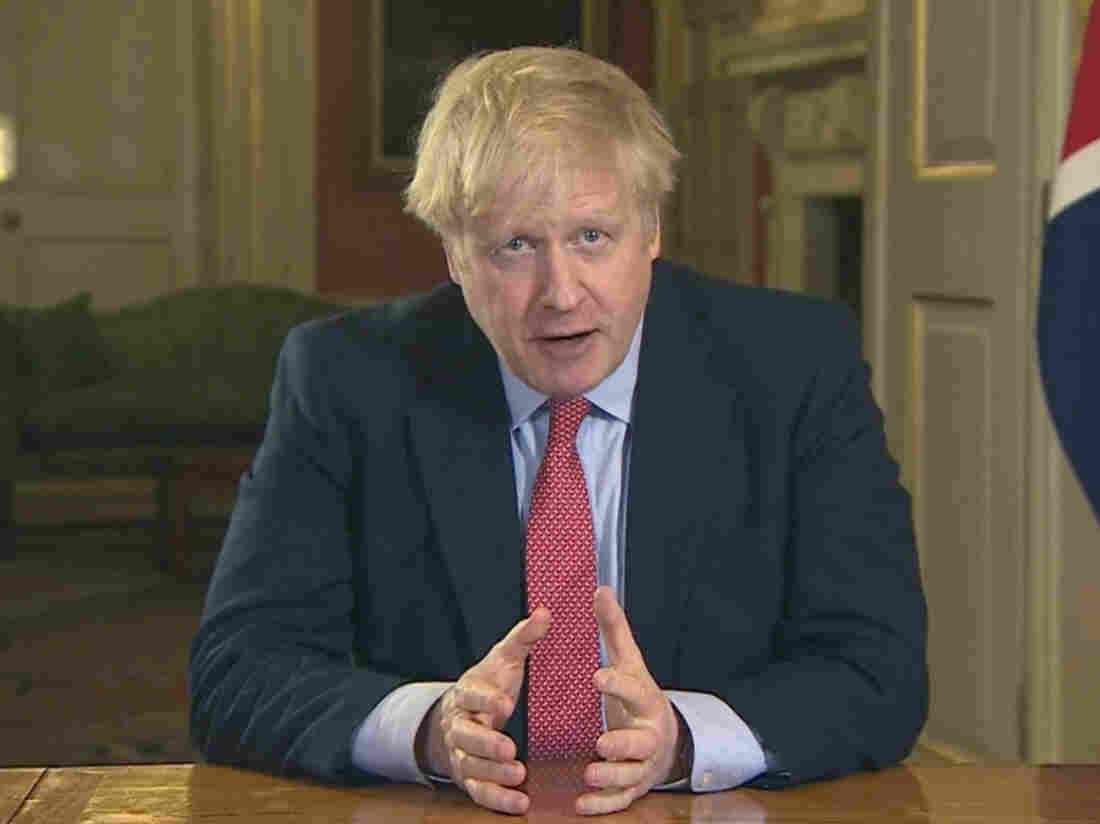 British Prime Minister Boris Johnson has ordered the closure of most retail stores and banned public gatherings of more than two in a stepped-up response to slow the coronavirus. UK Pool/AP hide caption 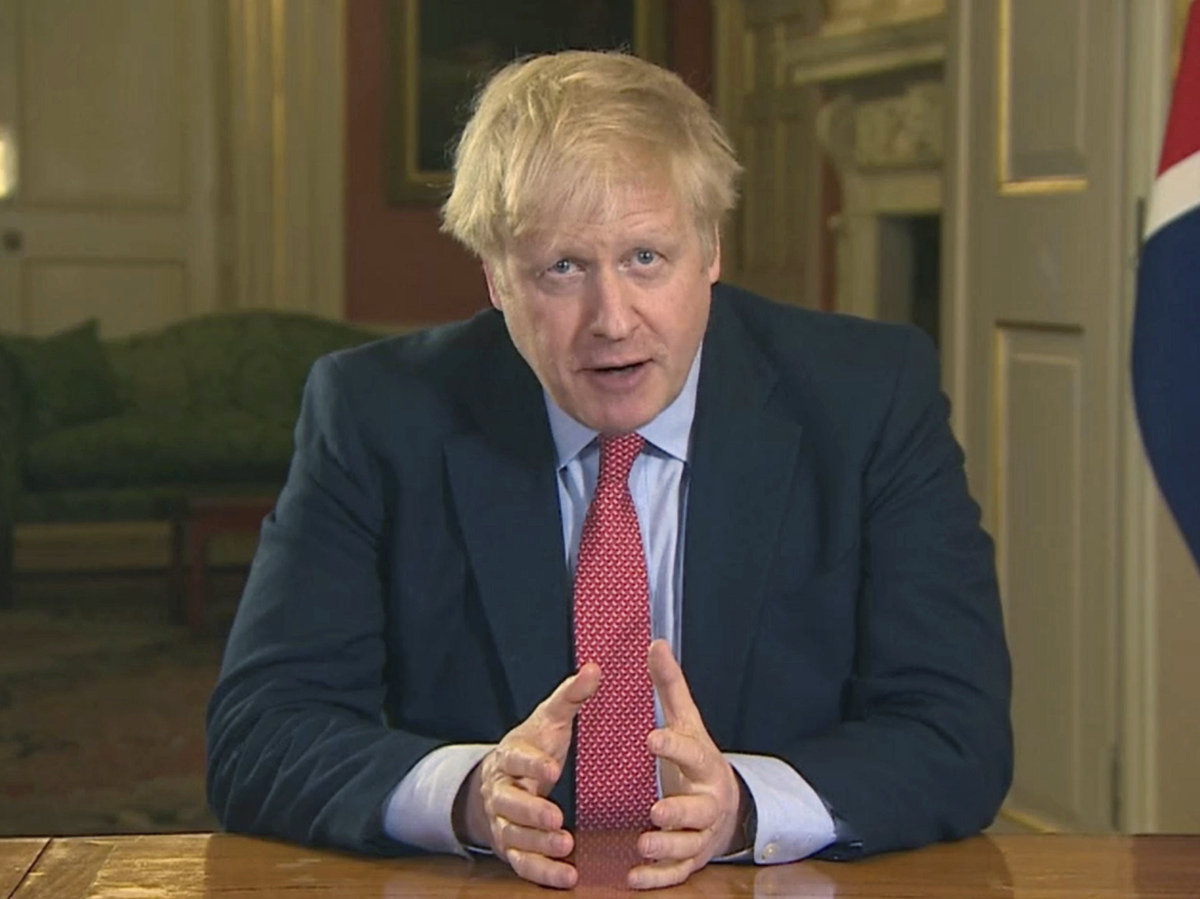 British Prime Minister Boris Johnson has ordered the closure of most retail stores and banned public gatherings of more than two in a stepped-up response to slow the coronavirus.

"No prime minister wants to enact measures like this. I know the damage that this disruption is doing and will do to people's lives, to their businesses and to their jobs," Johnson said in a video posted on his Twitter account. "At present, there are just no easy options."

The U.K. government had threatened to take these more restrictive measures after thousands of people failed to heed its advice to practice social distancing this past weekend. "Many were out socializing in parks and strolling along main streets as though little had changed," NPR's Frank Langfitt reported from London.

Johnson warned that the U.K. must impose these restrictions or risk overloading its health system.

Please join me for an important update on #coronavirus #StayHomeSaveLives pic.twitter.com/QSlIOIaYsF

He has ordered that people stay in their homes, aside from four exemptions. People may leave to shop for basic necessities as infrequently as possible. They are allowed one form of exercise a day. They are able to leave for a medical need or to provide care to a vulnerable person. And they can travel to and from work, but only when "this is absolutely necessary and cannot be done from home," Johnson said.

"If your friends ask you to meet, you should say no," he added.

The police will have the power to enforce these measures, Johnson said, "including through fines and dispersing gatherings." Shops deemed nonessential will also close, and public gatherings of more than two people will not be allowed, except for people who live in the same residence.

Funerals will still be allowed to go on.

At least 335 people have died in the U.K. as a result of the virus, according to a dashboard created by the Johns Hopkins Whiting School of Engineering.

As Langfitt reported, "some National Health Service staff say they are already running out of protective gear."