Accessibility links
Coronavirus Self Testing Is Coming Soon. Is That A Good Idea? : Coronavirus Live Updates A lack of testing has been a big problem when it comes to the novel coronavirus. Vice President Pence says people will soon be able to self swab. There are pros and cons to that.

The Trump Administration Says Self Swabs Are Coming Soon. Is That A Good Idea?

The Trump Administration Says Self Swabs Are Coming Soon. Is That A Good Idea? 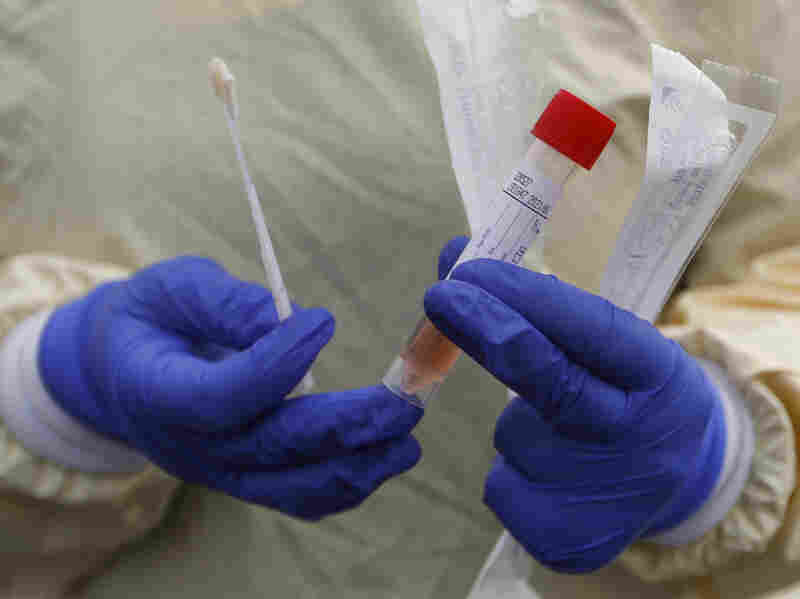 A nurse holds swabs and a test tube to test people for COVID-19 at a drive through station set up in the parking lot of the Beaumont Hospital in Royal Oak, Mich. Paul Sancya/AP hide caption 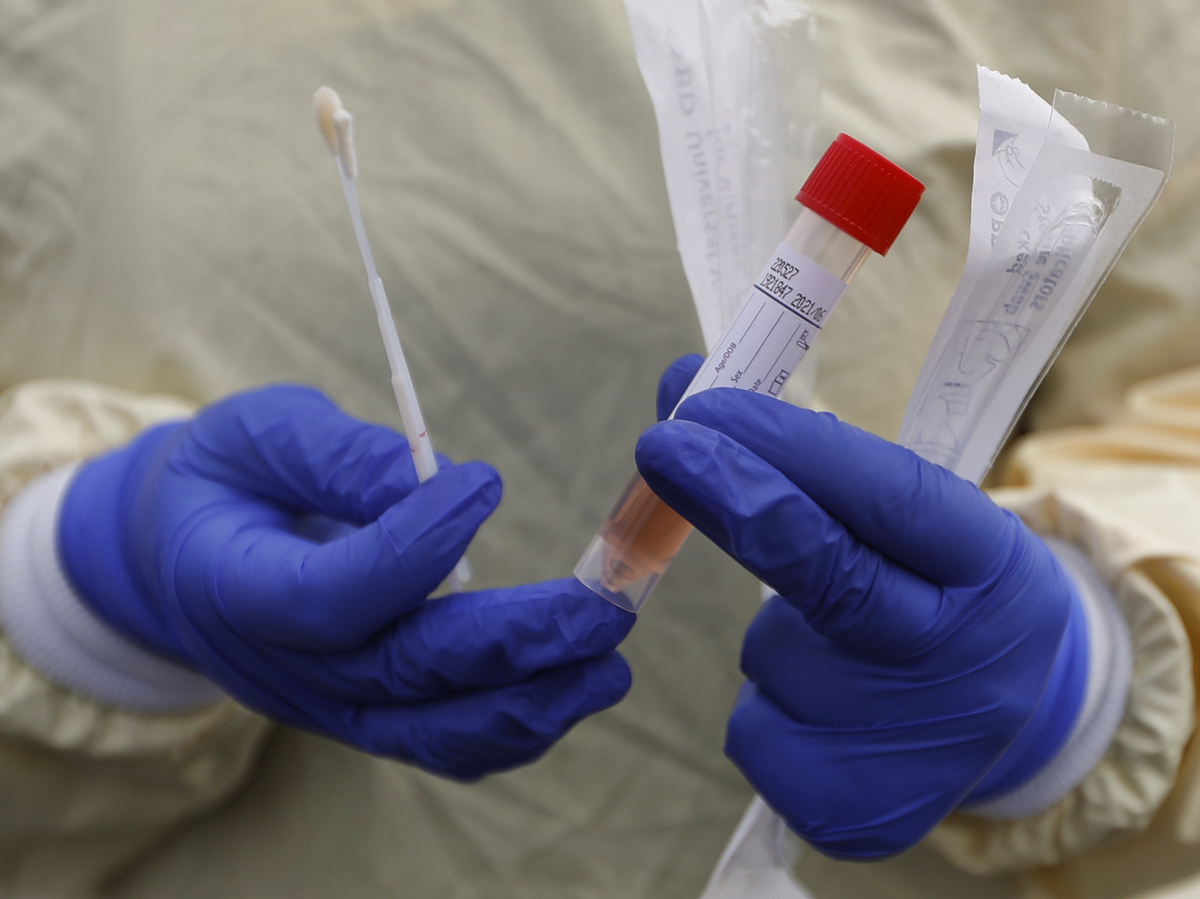 A nurse holds swabs and a test tube to test people for COVID-19 at a drive through station set up in the parking lot of the Beaumont Hospital in Royal Oak, Mich.

The Trump administration announced Monday that the federal government was making it much easier to collect samples to test people for the coronavirus.

A new "self swab" technique would enable people to collect their own samples, making the process much simple, quicker and possibly safer, officials said at a White House briefing.

The slow pace of testing has been a major problem hindering the nation's battle against the coronavirus. The shortage of tests has been severely limiting efforts by public health officials to identify and stamp out outbreaks quickly, gauge the magnitude and pace of the outbreak, and determine how best to allocate resources.

After several missteps that slowed the roll out of testing, the number of Americans getting tested for the virus has finally started to increase quickly. Vice President Mike Pence said Monday that more than 300,000 tests had been conducted.

The collection of samples for the testing that has been done so far has required medical personal to wear protective gear to protect themselves from getting infected. A self-swab would free up and protect health workers and be less unpleasant for those getting tested.

"They would be nasal swab, which are different than nasopharyngeal swabs," Kelly Wroblewski of the Association of Public Health Laboratories told NPR in an email. That would also help "somewhat with the swab shortage," she wrote, adding, "It also keeps people at home instead of going out to get a test with mild symptoms and potentially infecting people."

But she noted that "it doesn't help and could exacerbate other supply chain issues, if there are many more specimens coming in for testing."

Experts fear, for example, some of the ingredients needed for tests could run short.