Accessibility links
Despite Coronavirus Outbreak, Wisconsin Sticks With April 7 Primary : Coronavirus Live Updates Many other states have delayed elections but Wisconsin leaders are sticking with the date. In part, it's because local and state offices are also on the ballot. 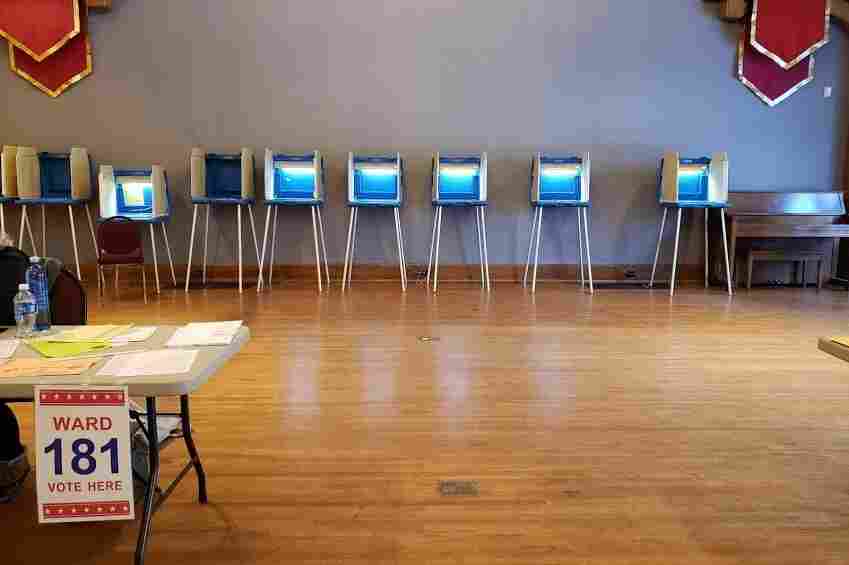 An empty polling place in Milwaukee last month, during a state and local primary election. Wisconsin is pushing forward with its April 7 election despite the ongoing coronavirus pandemic. Maayan Silver/WUWM hide caption 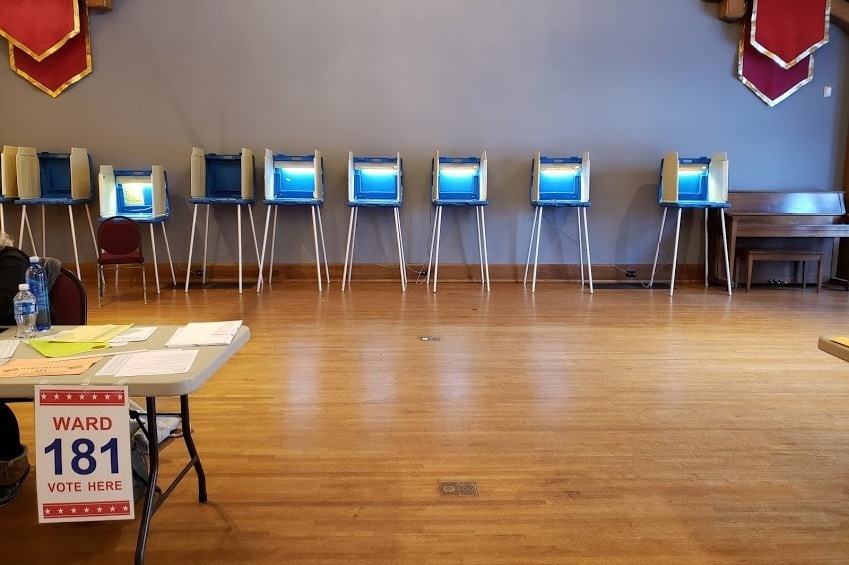 An empty polling place in Milwaukee last month, during a state and local primary election. Wisconsin is pushing forward with its April 7 election despite the ongoing coronavirus pandemic.

More than half a dozen states have pushed back presidential primaries because of the coronavirus outbreak. Wisconsin, which has a primary on April 7, hasn't. State leaders are holding on tightly to that date, despite Monday's stay-at-home order issued by Gov. Tony Evers.

Evers urged voters to cast mail-in ballots, saying he and his wife have already done so.

One reason the state's not postponing the election: it's not just a presidential primary, there's also a statewide general election for many mayors and county officials whose decisions are crucial in coming months.

Wisconsin has no-excuse absentee voting, and people are returning absentee ballots at a record pace. There's also curbside in-person voting in some areas and an emergency operations center task group that is wrangling ballots and cleaning supplies. Evers announced an effort to recruit high school and college students as poll workers.

The state is also grappling with problems, like how to process all those absentee ballots. The state elections commission asked Evers to address a shortage of cleaning supplies, the absence of comprehensive public health guidance and a lack of poll workers, half of whom are over 60.

Many high-profile leaders have said the state should delay, and calls to postpone the election intensified from community organizations. The City of Milwaukee Election Commission abruptly ended in-person early voting Monday, citing concerns for the safety of election officials and the public alike.

For his part, Milwaukeean August "Augie" Ray, has no intention of changing his plans.

If the polls are still open on April 7, Ray says he'll walk two blocks to his polling place and bring a sanitizer wipe.