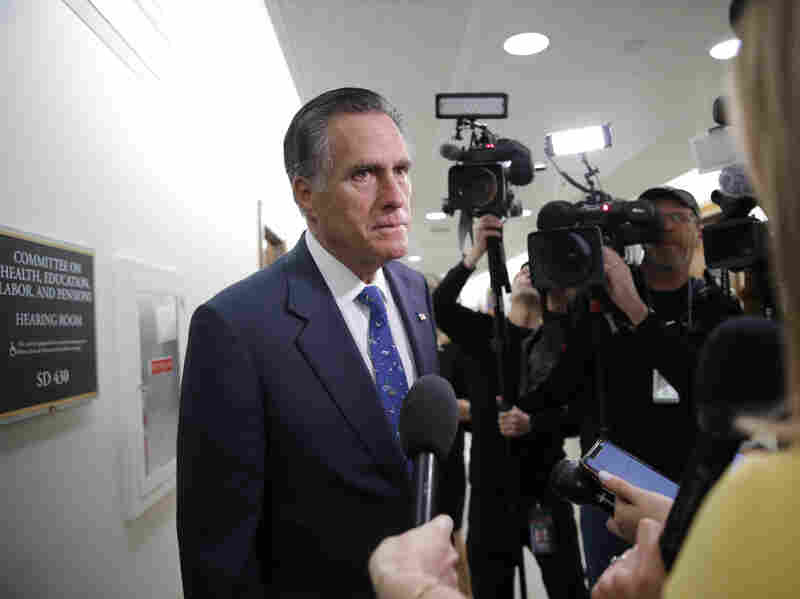 Sen. Mitt Romney, R-Utah, pauses to speak to media on Capitol Hill on Thursday. Romney is among the officials who criticized the flouting of airport guidelines for greeting returning missionaries. Carolyn Kaster/AP hide caption 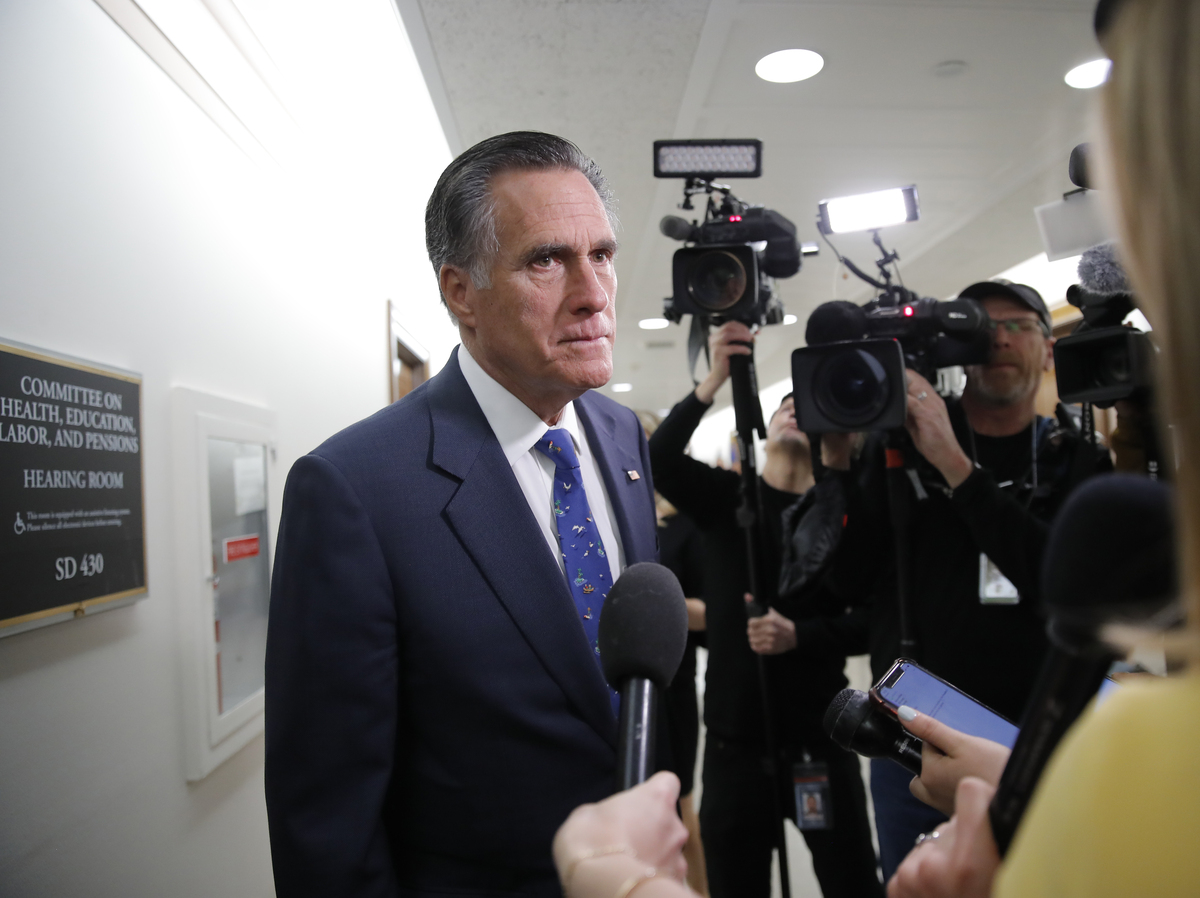 Sen. Mitt Romney, R-Utah, pauses to speak to media on Capitol Hill on Thursday. Romney is among the officials who criticized the flouting of airport guidelines for greeting returning missionaries.

Hundreds of people gathered for tearful reunions for some 1,600 missionaries flying back in chartered planes from the Philippines, which ordered foreigners to leave amid the coronavirus pandemic. The Southeast Asian country has recorded some 500 cases of infection and more than 30 deaths from COVID-19, the disease caused by the virus.

Earlier, airport officials had issued instructions that only two people should greet each missionary, and that they should remain in their cars — measures aimed at maintaining the "social distancing" that health officials have deemed necessary to limit the spread of the pathogen.

But photos and video of the scene at the airport on Sunday showed that many people defied the guidelines.

Hundreds of missionaries from the Philippines are coming back to Salt Lake City today. Social distancing is out the window as people welcome back their family members with posters, balloons, and hugs. @KUTV2News pic.twitter.com/CeyRDtRv9x

The Salt Lake City Tribune described the scene: "Missionaries, who had been ordered by the church to isolate themselves from their families for 14 days upon return, were swept into hugs. Some pulled off their masks to greet their well-wishers as children and seniors alike mingled in the scrum."

City and state officials and even Republican Sen. Mitt Romney, who represents Utah and is himself a member of the Church of Jesus Christ of Latter-day Saints, expressed criticism.

Romney, who only the day before went into self-isolation due to contact with fellow Republican Sen. Rand Paul of Kentucky, who has tested positive for the virus, called the gathering "irresponsible."

"We know how important it is to reunite with a family member during this time but we have to adhere to mass gathering standards, which are in place to protect us," Mendenhall said. "Lives are on the line and every precaution must be taken to help stop the quick spread of this dangerous illness."

Utah officials said Monday that officials had confirmed 257 coronavirus cases in the state as of Monday, with one COVID-19 death.

"What occurred Sunday afternoon at the Salt Lake airport causes us deep concern with missionaries and their families disregarding important instructions regarding self-isolation and congregating at airports," a letter from the airport said.

.@slcairport worked with the Church to limit the number coming to the airport yesterday to two per missionary. All were told to wait in their cars until their missionary arrived. Moving forward, it is critical for the health and safety of all, that everyone follows our request.

Under new rules, airport officials now say only one car per returning missionary will be allowed, with designated parking spots and airport security present to ensure compliance, according to The Salt Lake City Tribune.