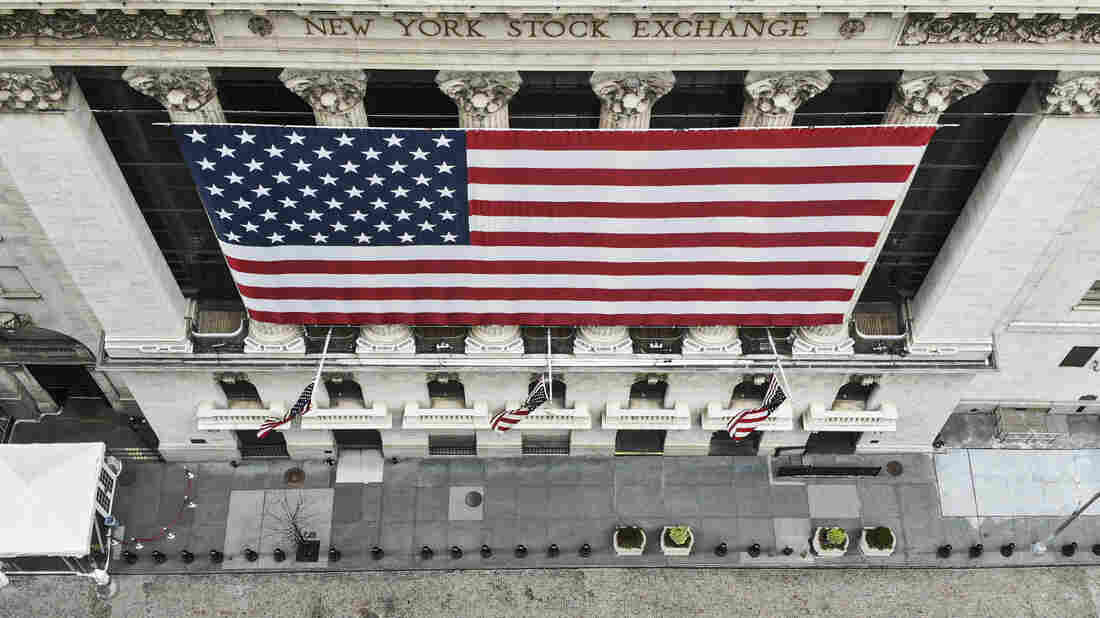 The stock market has been battered by the growing economic effects of the coronavirus pandemic. John Minchillo/AP hide caption 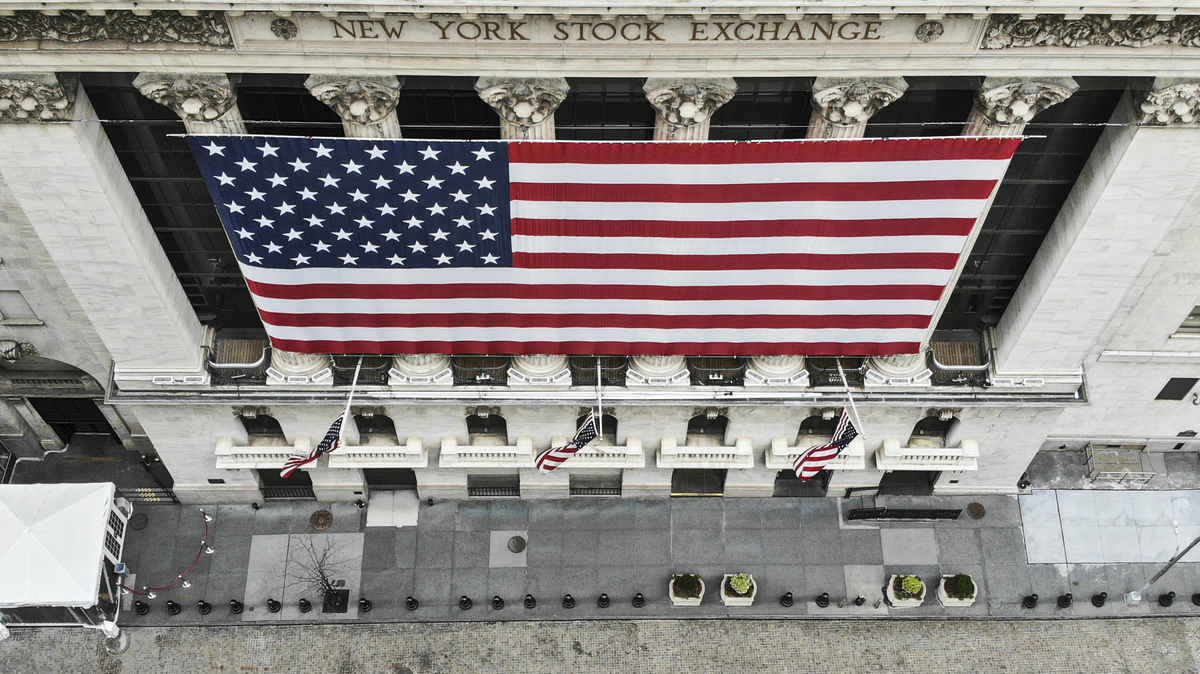 The stock market has been battered by the growing economic effects of the coronavirus pandemic.

The Dow Jones Industrial Average jumped 2,112.98 points, a record for a single day, as negotiations continued over a massive stimulus package to help the crippled economy deal with the coronavirus pandemic. The Dow gained nearly 11.4%, the most since 1933.

The stock market has been falling for weeks as much of the global economy has been shut down in an effort to slow the spread of the coronavirus. The Dow has lost more than 8,800 points since it peaked on Feb. 12 — a staggering drop of 30%. The 11-year bull market — the longest in history — is now a distant memory.

There were signs that a stimulus deal in Congress was getting closer.

"I think there is real optimism we could get something done in the next few hours," Pelosi said in an interview on CNBC. Sen. Chuck Schumer, the Senate's top Democrat, said late Monday that he was "very, very close" to an agreement with the White House on a deal for emergency funding that could top $1 trillion.

Finance ministers and central bankers from the Group of Seven major industrialized nations pledged Tuesday to "do whatever is necessary to restore confidence and economic growth and to protect jobs, businesses, and the resilience of the financial system."