Accessibility links
India Declares 'Total' Lockdown In Bid To Prioritize Coronavirus Fight : Coronavirus Updates "To save India and every Indian," Prime Minister Narendra Modi told the country's more than 1.3 billion people — with few exceptions — to stay in their homes for the next three weeks. 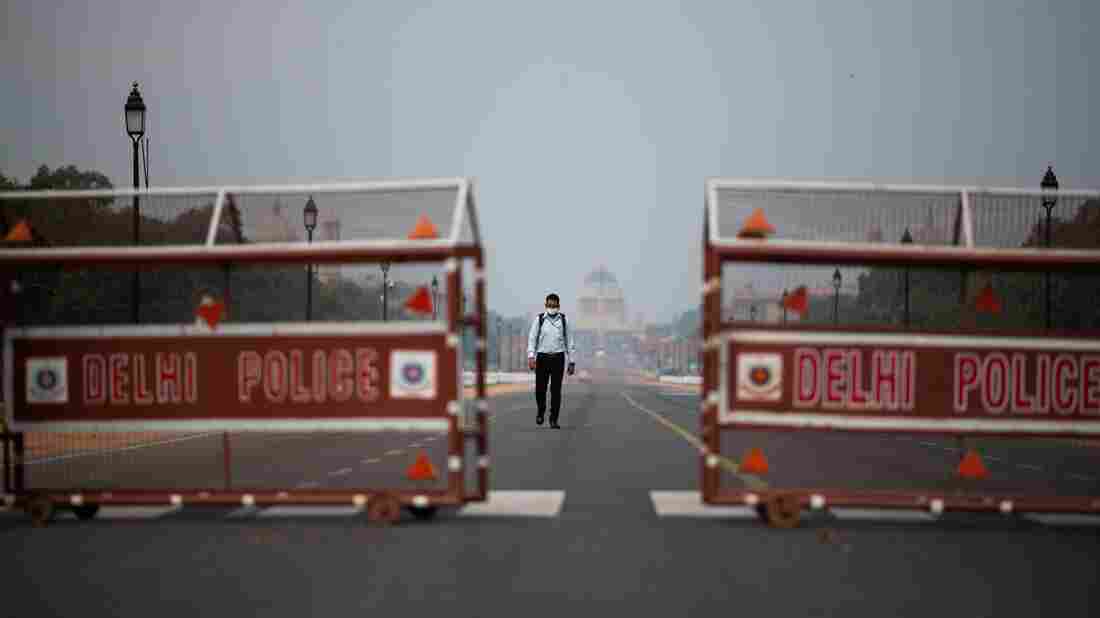 A man walks a deserted road in New Delhi. Indian Prime Minister Narendra Modi asked Tuesday that residents across the country stay where they are in order to help stem the spread of the coronavirus and the deadly disease it can cause, COVID-19. Jewel Samad/AFP via Getty Images hide caption 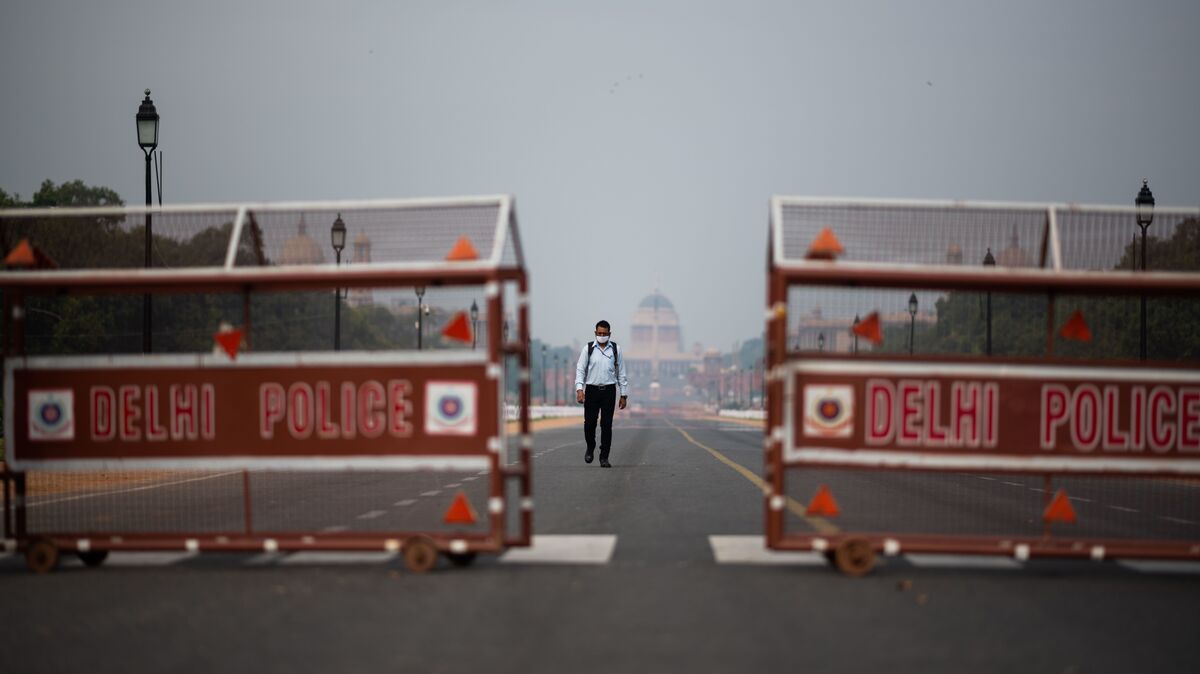 A man walks a deserted road in New Delhi. Indian Prime Minister Narendra Modi asked Tuesday that residents across the country stay where they are in order to help stem the spread of the coronavirus and the deadly disease it can cause, COVID-19.

In a bid to stem the tide of the coronavirus, India has declared the world's largest stay-at-home order yet in the fight against the global pandemic.

Indian Prime Minister Narendra Modi declared a 21-day lockdown during an address to the country Tuesday, instructing its more than 1.3 billion residents to stay right where they are, beginning at midnight Tuesday night.

"To save India and every Indian," Modi said, according to an Associated Press translation, "there will be a total ban on venturing out of your homes.

The prime minister outlined details of India's response in a series of tweets published around the same time. He said the central government plans to put nearly $2 billion toward ramping up its health care infrastructure — including producing hospital beds, ventilators and other medical equipment. Medical workers will also be exempt from the stay-at-home order.

He also urged residents to "avoid any kind of rumor or superstition."

THERE IS ABSOLUTELY NO NEED TO PANIC.

Essential commodities, medicines etc. would be available. Centre and various state governments will work in close coordination to ensure this.

Together, we will fight COVID-19 and create a healthier India.

The nationwide order comes after officials implemented similar measures in dozens of population hubs across the country, which boasts the world's second-largest population. Cities that normally teem with crowds — such as the country's capital, New Delhi — have gone eerily silent in recent days, as authorities tested curfew measures and domestic travel measures took effect.

Now, Modi and the central government are rolling out even more drastic rules — including the complete closure of commercial and private establishments, with few exceptions for services deemed essential.

Ministry of Home Affairs guidelines for the 21-day lockdown, list of essential services that will remain open. #CoronavirusLockdown pic.twitter.com/hwRgWEM88z

So far, the country has dodged the worst of the global pandemic. It has reported hundreds of confirmed cases of the virus so far — far less than other countries, such as China, Italy and the U.S., which number their cases in the tens of thousands.

But these relatively low totals have not eased the concerns of global health officials, who said Monday that the progress of the pandemic in the coming weeks will be determined to a large degree by India's preparations.