Accessibility links
As Coronavirus Cases Jump, Chile Faces Pressure To Lock Down The Country : Coronavirus Live Updates Local leaders in the South American nation are calling on the president to take far stronger measures to tackle the virus, after the number of identified cases rose from 170 to 922 in just a day.

As Coronavirus Cases Jump, Chile Faces Pressure To Lock Down The Country

As Coronavirus Cases Jump, Chile Faces Pressure To Lock Down The Country 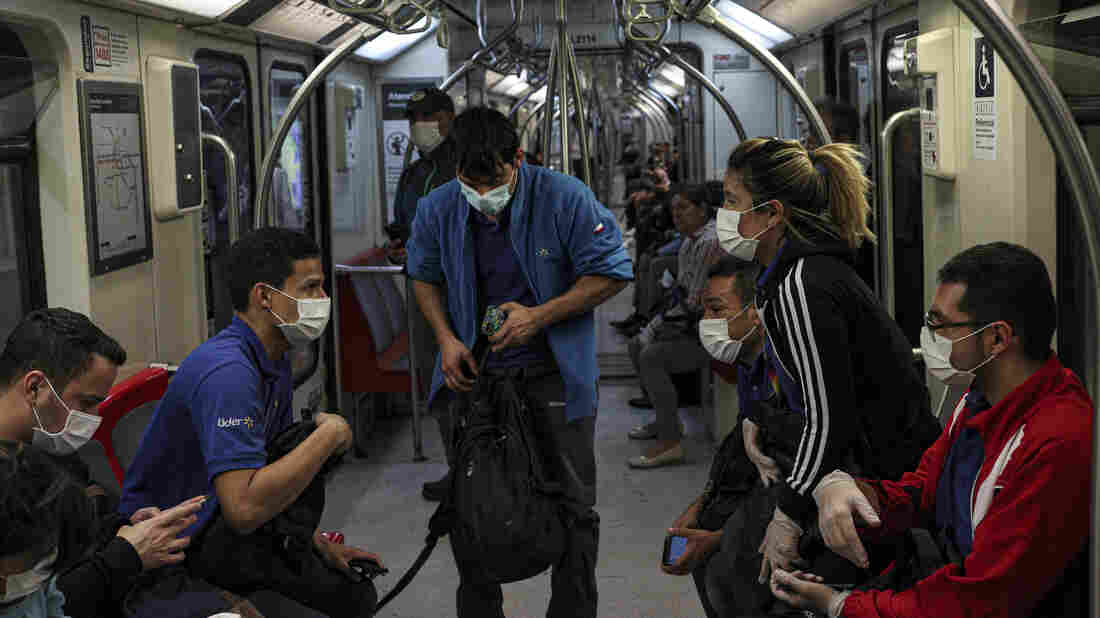 Supermarket workers wear face masks as a precaution against the spread of the new coronavirus inside the metro in Santiago, Chile, on March 18. Esteban Felix/AP hide caption 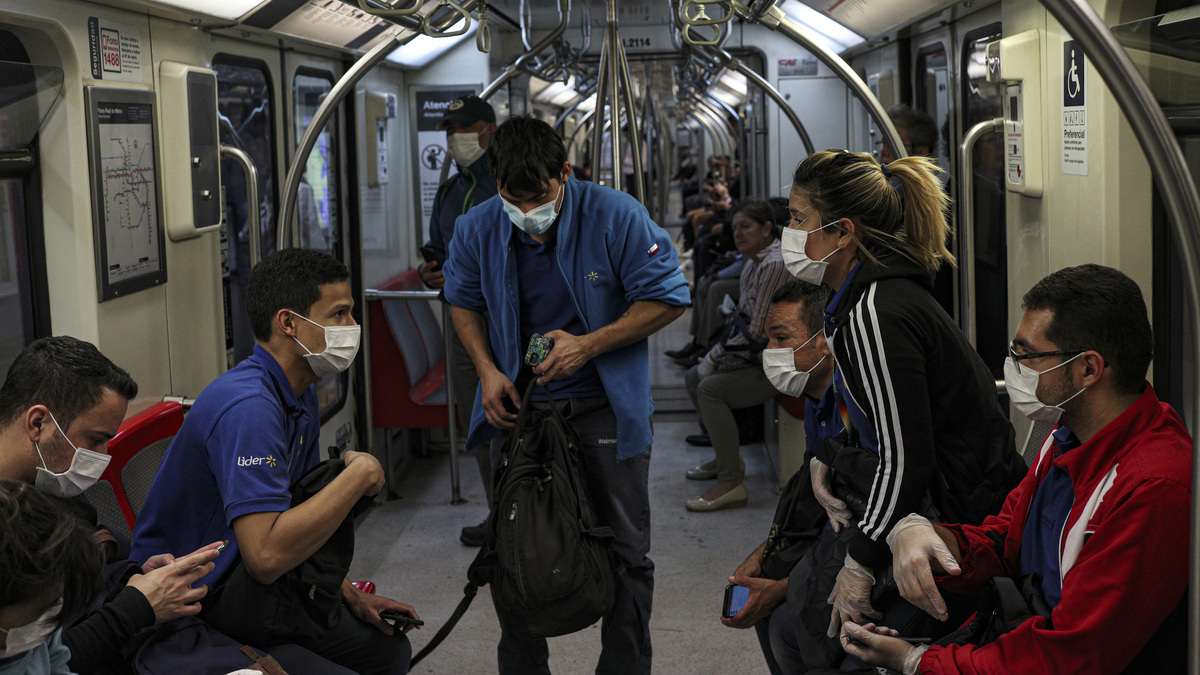 Supermarket workers wear face masks as a precaution against the spread of the new coronavirus inside the metro in Santiago, Chile, on March 18.

Pressure is growing on Chile's government to take far stronger measures to tackle the coronavirus, after officials announced on Tuesday the number of cases has risen to 922 — an increase of more than 170 in just one day.

President Sebastian Piñera last week announced a "state of catastrophe," allowing him to deploy the military to safeguard Chile's critical infrastructure and supply lines. Borders are closed to nonresident foreigners, and a nighttime curfew from 10 p.m. to 5 a.m. began on Sunday.

Piñera now faces calls to place the country of 19 million under full quarantine after the curfew caused large crowds of workers to flood the metro system in Santiago, as they rushed to get home before the capital's transport links shut down.

Pictures of commuters crammed together on platforms went viral, prompting accusations that Piñera is recklessly endangering Chileans in order to protect the economy, already severely battered by months of anti-government protests.

Mayors, regional officials and medical professionals are among those who want Piñera to declare a lockdown to slow the process of the virus, which has already claimed two lives.

Fifty-six mayors throughout Chile have sent a letter to Piñera expressing "the urgent need to move to a national mandatory quarantine as soon as possible."

One of these, Germán Codina, mayor of Puente Alto, told a radio interviewer Tuesday the crowded public transportation is like "condemning people to get a contagion."

The council for the region where the majority of cases have arisen — Región Metropolitana — has issued a statement demanding "a decree to completely quarantine the region, in view of our high population rate and the alarming speed with which this pandemic spreads."

Quarantine would mean following the example of neighboring Argentina, which — with over 44 million people — has more than twice the population of Chile and less than a third of the number of reported cases: 301, according to the latest government figures.

Argentina's security forces have been enforcing quarantine by threatening violators with criminal prosecution. More than 10,000 people have been arrested for breaching the coronavirus quarantine since Friday, most of whom were later released, according to the Argentine Security Ministry.

In Chile, the virus outbreak coincides with profound social division that erupted in October with a wave of huge anti-government protests over social inequality. The demonstrations continued sporadically, and at times violently, until the middle of this month.

Part of the driving force behind that unrest was the dismal state of Chile's public health service, which is now being tested by the onset of the coronavirus and could soon be overwhelmed, particularly if it spreads into the country's most vulnerable low-income neighborhoods.