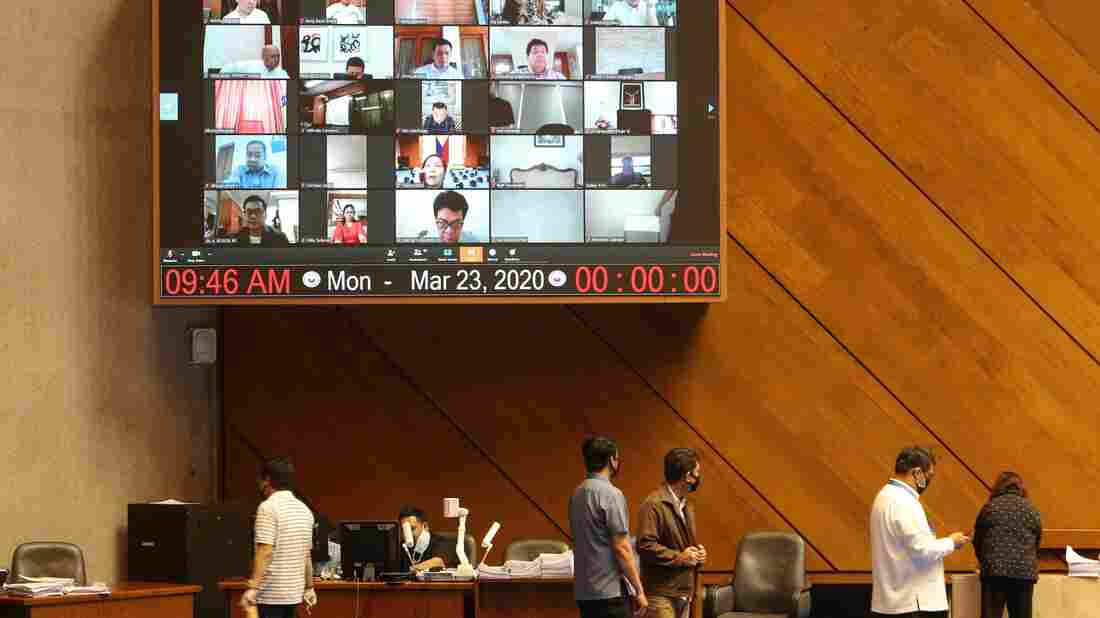 A huge video screen shows members of the Philippine Congress participating in a special session via video conference in Manila on Monday to discuss a proposed emergency power to be given to President Rodrigo Duterte to tackle the COVID-19 coronavirus outbreak. STR/AFP via Getty Images hide caption 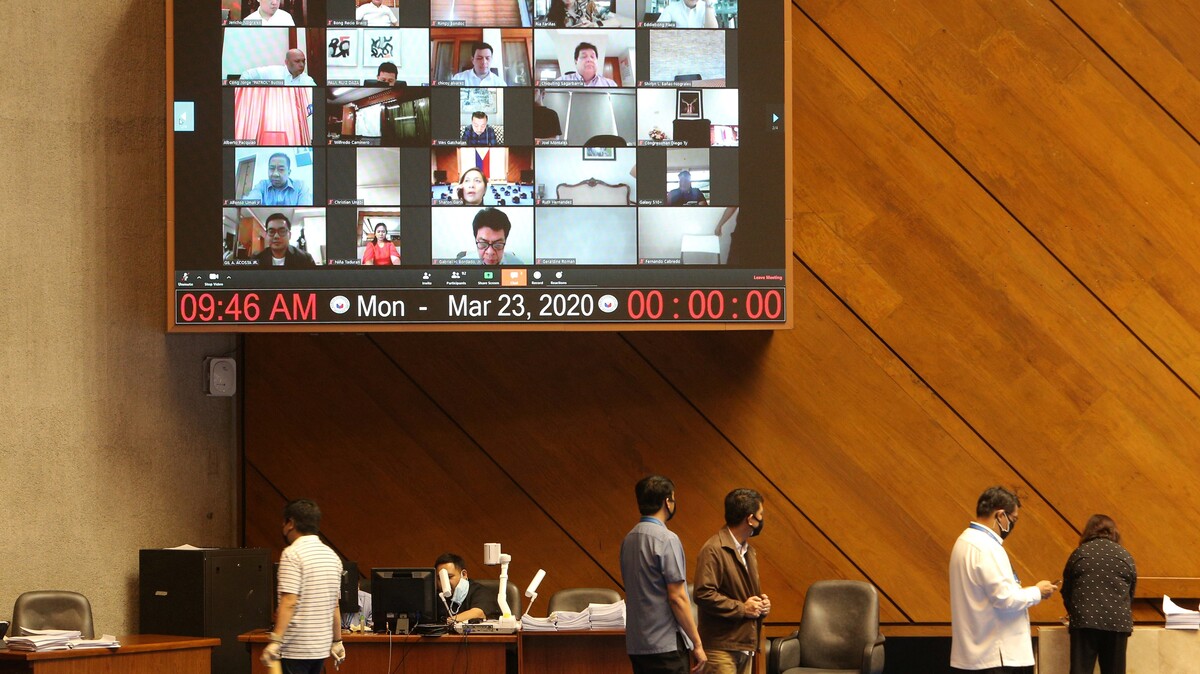 A huge video screen shows members of the Philippine Congress participating in a special session via video conference in Manila on Monday to discuss a proposed emergency power to be given to President Rodrigo Duterte to tackle the COVID-19 coronavirus outbreak.

In the Philippines, Congress granted President Rodrigo Duterte special temporary powers on Tuesday to manage the COVID-19 crisis that continues to surge in the country of 110 million people.

The measure granting Duterte the new powers was the first to be approved by Philippine lawmakers using Zoom, the remote teleconferencing service, and puts the country under a "state of national emergency."

However, Duterte failed to win approval to take over private companies and utilities, authority he had sought.

The president has been locked in battle with private concessionaires who supply water to Metro Manila, accusing them of over-charging and under-performing, and repeatedly threatening to put water under government control.

But even these measures have drawn criticism.

"No to emergency powers. The existing powers are already being abused," University of the Philippines law professor Jay Batongbacal said in a Facebook post, the South China Morning Post reported.

Duterte has jailed critics, harassed journalists and waged a controversial drug war, exposing him to charges of autocratic rule. Rights advocates fear the new powers will make it dangerous for local governments to express dissent over how best to combat the virus.

Fifty million Filipinos meanwhile remain under lockdown since Duterte ordered half the population to stay home last week. The main island of Luzon is a web of checkpoints to ensure people stay put.

The new law also gives Duterte the authority to reallocate items in the 2020 national budget for projects that would fight the spread of COVID-19. Under a $5 billion emergency fund, some 18 million low-income households would receive assistance.

Any accurate measurement of the coronavirus in the Philippines has been severely constrained by a chronic shortage of test kits. As of Tuesday, only 1,793 individuals have been tested nationwide.

Last week, the Philippine Health Department said it has only 2,000 kits left. The Chinese Embassy in Manila said it will donate 100,000 test kits. Singapore contributed diagnostic kits on Tuesday that can perform 3,000 tests.

One bone of contention: who should be tested. Reports that VIPs — including senators, other officials and their relatives — were tested ahead of ordinary citizens have generated predictable scorn.