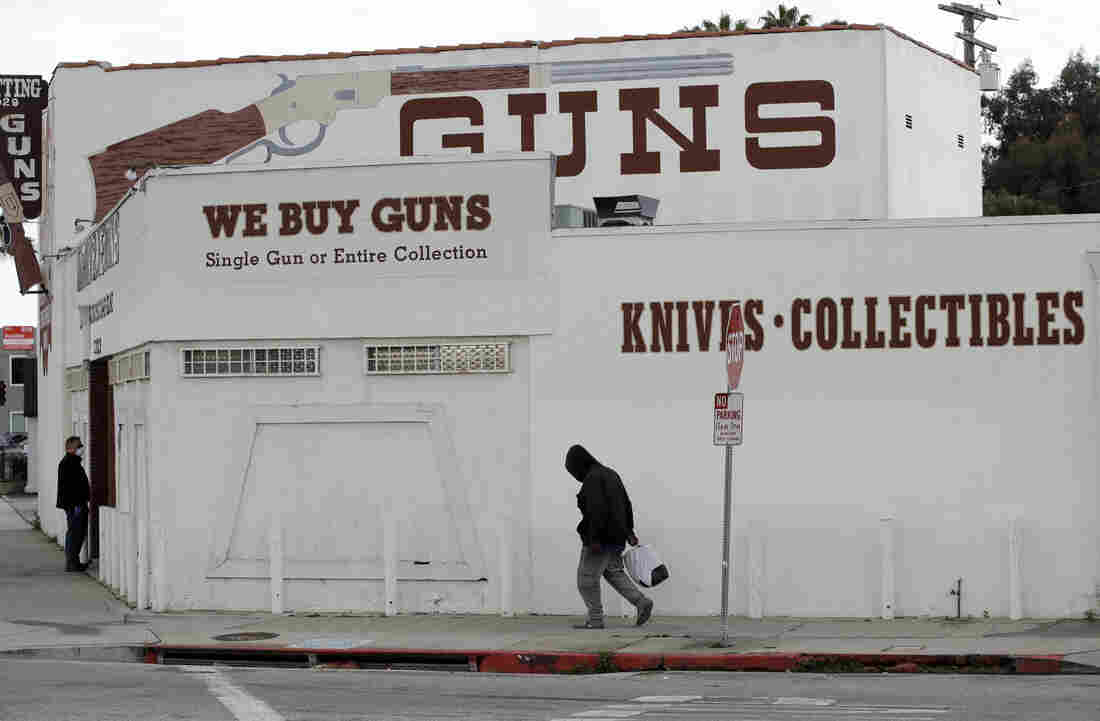 Guns are advertised for sale at a shop on Tuesday in Culver City, Calif. Los Angeles County Sheriff Alex Villanueva said he would like to see gun shops shut down. Marcio Jose Sanchez/AP hide caption 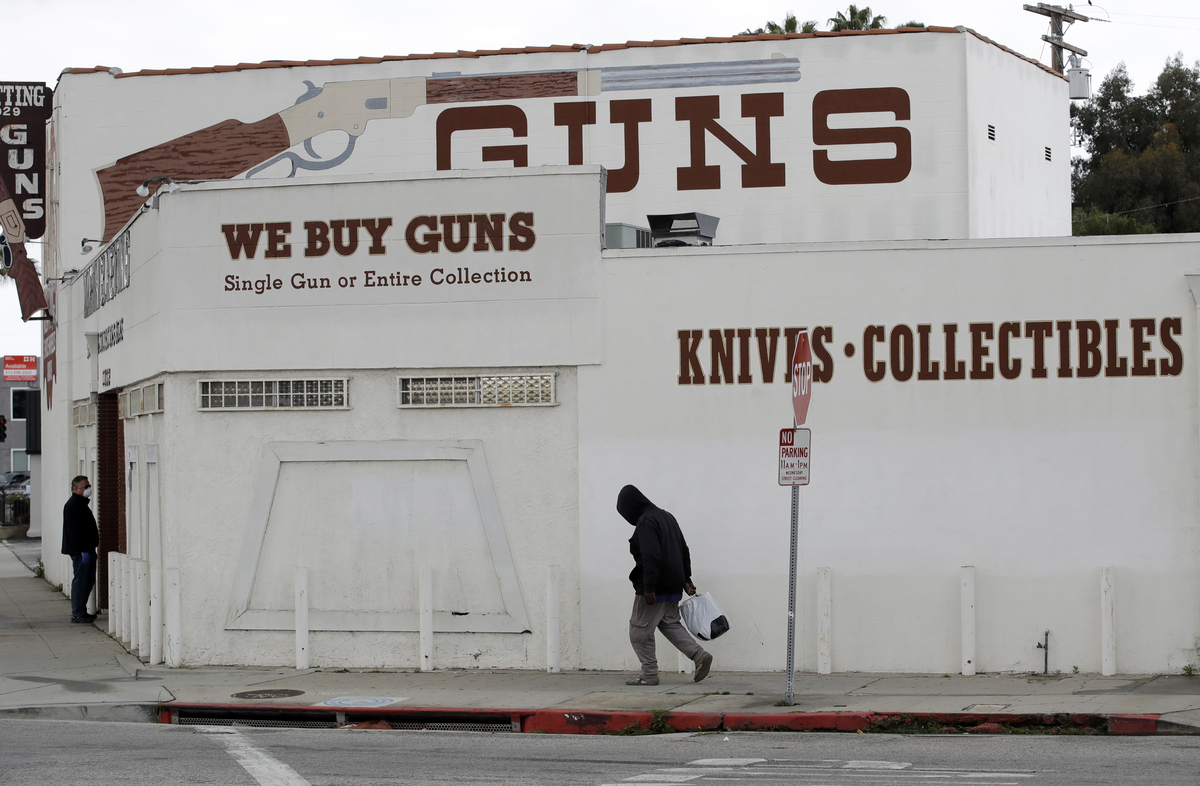 Guns are advertised for sale at a shop on Tuesday in Culver City, Calif. Los Angeles County Sheriff Alex Villanueva said he would like to see gun shops shut down.

Gun shops are not essential businesses and need to close immediately, the sheriff of Los Angeles said on Tuesday.

The type of announcement has angered gun rights activists, who have promised a challenge.

It also comes as cities nationwide experience a spike in gun and ammunition sales as coronavirus spreads.

"It's not an issue of banning the sales of guns," Los Angeles Sheriff Alex Villanueva said during a press conference.

Villanueva said those in the security business still need to be properly equipped during the pandemic.

"However, that is not a license, then, for everyone to do a panic gun buy and rushing to stores, which is now what we're seeing," he said. "That violates the whole issue of social distancing, and it's creating its own attractive nuisance."

There appears to some some disagreement among Los Angeles officials about how gun shops should be classified. The county counsel's office disagrees with the sheriff that gun shops are categorized as nonessential, the Associated Press reports. County Counsel Mary Wickham could not immediately be reached for comment.

Meanwhile, gun rights advocates have a undisputed perspective: that forcing gun stores to close as a social distancing precaution is a violation of constitutional rights.

"Our priorities remain constant, as we believe our right to keep and bear arms is essential to protecting the ones we love. In these times of uncertainty, our rights are more critical than ever," Sam Paredes, executive director of Gun Owners of California, said.

Some 1,300 deputies will be fanning out across Los Angeles County to enforce business closures.

Residents have complained that some other businesses — among then, night clubs, bars and strip clubs — have not been complying with orders to shut down, according to Villanueva.

He said no citations have been issued to businesses yet, saying he is hopeful most will cooperate voluntarily.

"Hopefully we can keep it that way," Villanueva said.